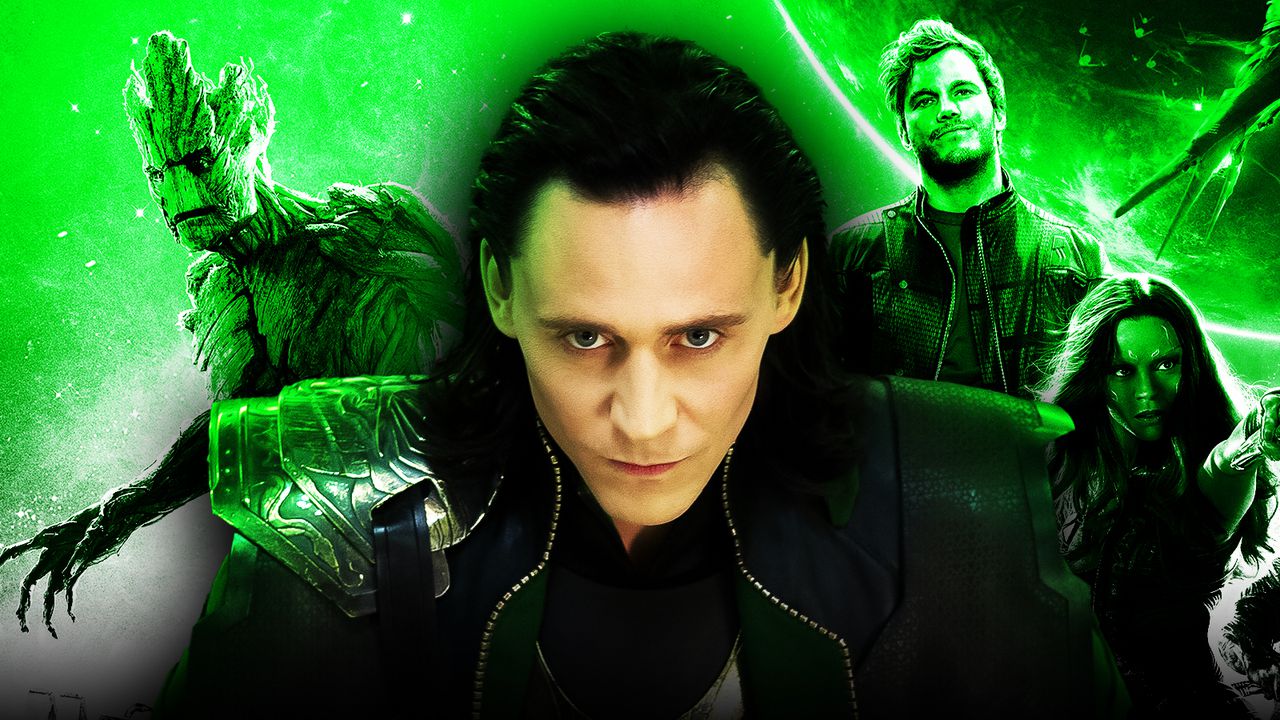 Warning - This article contains spoilers for the premiere of Loki .

The Marvel Cinematic Universe is back at the forefront of the entertainment world thanks to the premiere of Loki , which recently debuted its first episode on Disney+ . Tom Hiddleston's long-standing God of Mischief now finds himself in a time-traveling, dimension-jumping journey that could bring about the first signs of the multiverse dissolving into madness.

This series gives the MCU a chance to not only give more depth to Phase 4's future but also take a deep look back at the Infinity Saga by taking a new glimpse into Loki's past.

While the story clearly takes inspiration from the anti-hero's first two MCU projects, Thor and The Avengers , the franchise's deep history even outside his own franchise has a chance to help tell the adventure in this Disney+ series as well.

This was a specific focus for the people behind the show according to the woman who served as its director.

COME AND GET YOUR LOKI

In an interview with Bustle , Loki director Kate Herron revealed that Guardians of the Galaxy was one of the most utilized Marvel projects - outside of Loki's films - for inspiration for her Disney+ series.

Herron called James Gunn's Guardians of the Galaxy "a really strong reference for [her]," particularly how it "set up a completely new part of MCU very successfully."

Even though the show is different "stylistically," Herron was mostly inspired "in terms of being bold in the choices" to bring something different to the MCU:

"A really strong reference for me [was] Guardians of the Galaxy for two reasons. One, in the sense that it set up a completely new part of MCU very successfully. Stylistically we're very different, but I just learned a lot from that in terms of being bold in the choices, and it can be something very different to what we've seen before."

Herron continued to praise this film for the fact that "it has heart" and that it's "really about family." Through the course of telling a "spectacular epic adventure," Herron wanted to focus on what the core value of the story is:

"But also with Guardians , what I love about that film is that it has heart. For me, that film is really about family. That's something I've learned a lot from in terms of approaching this. We have this spectacular epic adventure, but if I take that away, what is our story really about? What's the heart of the story?"

Herron has also spoken in past interviews about taking inspiration from the Teletubbies TV show, revealing that fans of that show will "know when they see it" as it's genuinely referenced later.

She described wanting the series to be "like a big love letter to sci-fi" while getting the essence of "what it's like to work in an office:"

"It is a genuine reference; it's a stylistic one that comes a bit later in the show. If they're a follower of the Teletubbies , they'll know when they see it. But we drew from so many things for the show. I love sci-fi, and I wanted it to be like a big love letter to sci-fi. Beyond just sci-fi references — like Hitchhiker's Guide, Brazil, Metropolis — I also just wanted to capture what it's like to work in an office because I've worked as a temp in a lot of offices."

LOKI TAKING FROM THE BEST

Director James Gunn took some huge risks within the MCU bringing the Guardians of the Galaxy movie to life in 2014, particularly focusing on a team that was nearly unknown to the public at the time. Fast-forward nearly a decade, and the team of heroes is a household name with one of the most highly-anticipated films of Phase 4 in Guardians of the Galaxy Vol. 3 .

Besides the particulars of that movie's plot, the real core here is that Herron is trying to bring the same level of emotional impact and surprises from Guardians for what's set to come in the MCU's third Disney+ series.

Loki is already teasing the potential fall of the multiverse through its lead character and the Time Variance Authority hunting down a darker Loki Variant. This all has the potential to lead into something much bigger than this one story, which could in fact lead to consequences that will be seen in movies like Spider-Man: No Way Home and Doctor Strange in the Multiverse of Madness .

For the time being, Herron and her team have set the stage for something special as Loki tries to redeem himself on this wild journey through space and time.

Episode 1 of Loki is available to stream on Disney+.