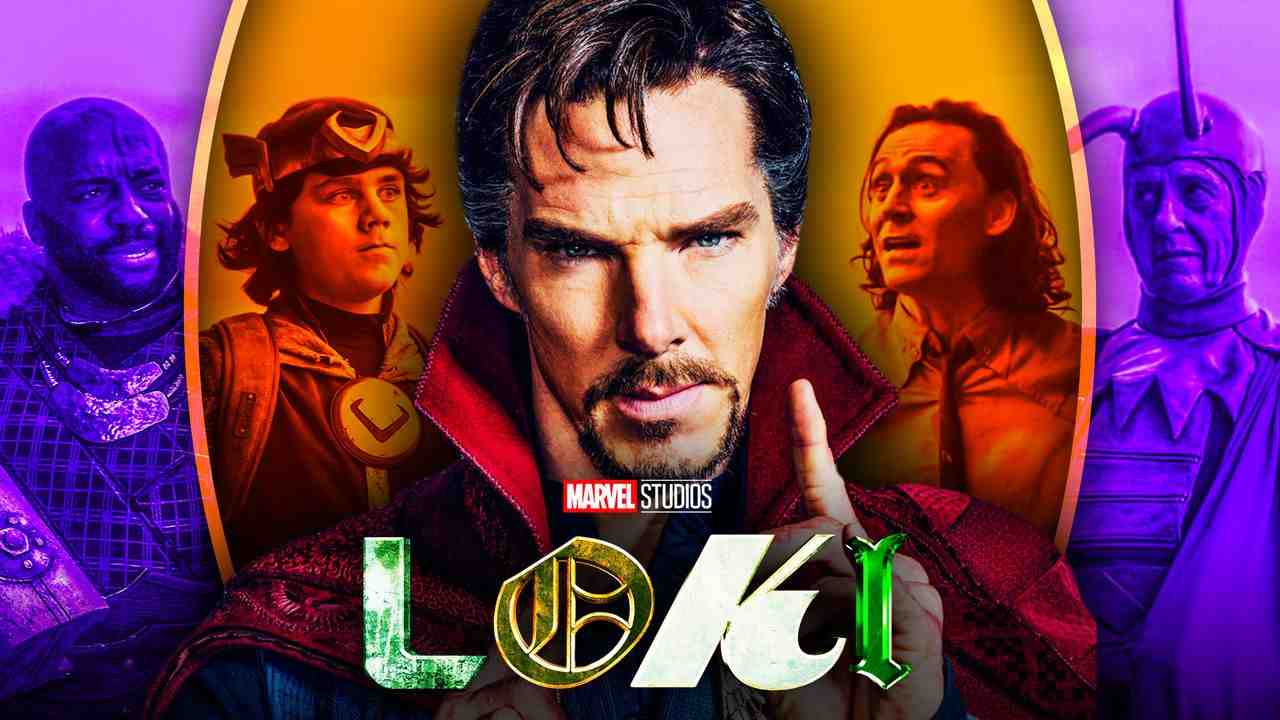 Warning - This article contains spoilers from Episode 5 of Loki .

Disney+'s Loki is one week away from coming to a close. Episode 5, " Journey Into Mystery," mainly took place in The Void, a dormant place at the end of time that is filled with disregarded Variants and items that were pruned by the Time Variance Authority.

With an installment filled with mystery surrounding the TVA, a sense of imminent demise, and a bevy of Easter eggs , one familiar building stood out amongst the crowd.

At the 2:50 mark of "Journey Into Mystery" Doctor Strange's Sanctum Sanctorum can be spotted amongst other collapsed buildings.

Here's a closer look at the Easter Egg:

In case you forgot, here's the Sanctum fully intact in New York City.

WHY IS THE SANCTUM SANCTORUM IN THE VOID?

This new look at the New York Sanctum is strange, to say the least.

In Loki, it has been made clear that the TVA and their allegiance to the Scared Timeline would tie into the multiverse. In some ways, Loki is primarily about the multiverse. Every Variant we see is from another timeline, basically the universe wherein they were the Loki of their story.

With the Time-Keepers outed as fakes in at the end of Episode 4, the history of the TVA, the great Multiversal War, and the Sacred Timeline all remain in question.

One thing that fans can be certain of is a version of the New York Sanctum that was sent to The Void. At this point, it is unclear how large objects get pruned, but it may be a simple answer.

The reset charges used by the TVA essentially pruned the branches' timelines, hereby sending the surrounding buildings that went off course to The Void as well. In this case, the Sanctum ended up in The Void, but what about Doctor Strange?

WHAT TIMELINE DID THIS SANCTUM COME FROM?

Understanding that The Void acts essentially out of time, this New York Sanctum could be from anywhere along the timeline.

Doctor Strange in The Multiverse of Madness , is set to hit theaters in March of next year. Sam Raimi's directorial debut in the MCU is set to feature elements of horror, Elizabeth Olsen as the Scarlet Witch, and most of the returning cast from 2016's Doctor Strange .

It is also easy to put two and two together in that Loki may directly impact that film. If the TVA crumbles, along with the Sacred Timeline (if it's even real), there would be an endless amount of Nexus Events and branches breaking off into chaos.

The plot of Multiverse of Madness isn't clear, but the title says enough about where this story Is heading. Benedict Cumberbatch is also set to return as Stephen Strange in Spider-Man: No Way Home , another film heavily rumored to involved multiversal elements.

So how does the New York Sanctum end up in The Void?

In theory, the events of Multiverse of Madness would upset whoever is truly in charge of the TVA, whether that be Kang the Conqueror or someone else . The person hiding beyond The Void in Episode 5 clearly wants the flow of time to remain a specific way.

Doctor Strange may interfere with the person of powers plans, they have a confrontation in Multiverse of Madness , Strange gets pruned to The Void, he escapes and the Sanctum stays behind. The Void being out of time makes it possible that the Sanctum being in The Void could happen in the middle of the Doctor Strange sequel, and audience members just don't know it yet.

Another possibility, probably a more realistic one, is that a Variant of the Sorcerer Supreme conjured his own chaos and caused his own Nexus event, resulting in himself and the New York Sanctum being pruned out of existence.

This Sanctum could even come from a time hundreds of years ago when The Ancient One broke away from the Sacred Timeline's plan.

Doctor Strange's unique relationship with time, as the protector of the Time Stone, made many fans wonder about his existence within the TVA. Does he know of the TVA? Did the Ancient One know?

Fans will learn more about this unique connection when the Loki finale premieres on July 14 on Disney+ and Doctor Strange in The Multiverse of Madness opens in theaters on March 25, 2022.