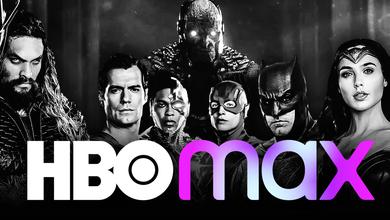 After many years of waiting, DC fans finally have access to Zack Snyder's Justice League. The four-hour cut is streaming now on HBO Max and introduces plenty of changes and new characters to the Justice League.

The film differs a lot from Whedon's version of the film, particularly in terms of aesthetics. Snyder previously said he would not be using any of Whedon's footage and he changed a lot of the visual effects elements from the theatrical release, such as Steppenwolf's look and the red skies of the final battle.

But, Snyder isn't done with his cut of Justice League yet.

A new trailer reveals that the black and white version of Zack Snyder's Justice League is coming soon to HBO Max.

Titled Justice is Gray, a scene was released on the film's official Twitter page, showing a conversation between Ben Affleck's Bruce Wayne and Jeremy Irons' Alfred entirely in black and white.

WE LIVE IN A SOCIETY WITHOUT COLOR

Given Snyder's directing style, which saw his film released entirely in a 4:3 aspect ratio, it's not too surprising to learn he also planned a monochrome version.

The Snyder cut is already full of vibrant colors and costumes, so it'll be interesting to see how these elements translate to black and white. The scene shown in the Justice is Gray trailer shows that monochrome definitely suits the aesthetic of the Batcave, but whether it works as well for other color-heavy scenes is yet to be seen.

It's not unusual to see black and white re-releases of films these days. It's been done with Logan, Parasite and Max Mad: Fury Road, and the Snyder Cut will be the latest to join these ranks.