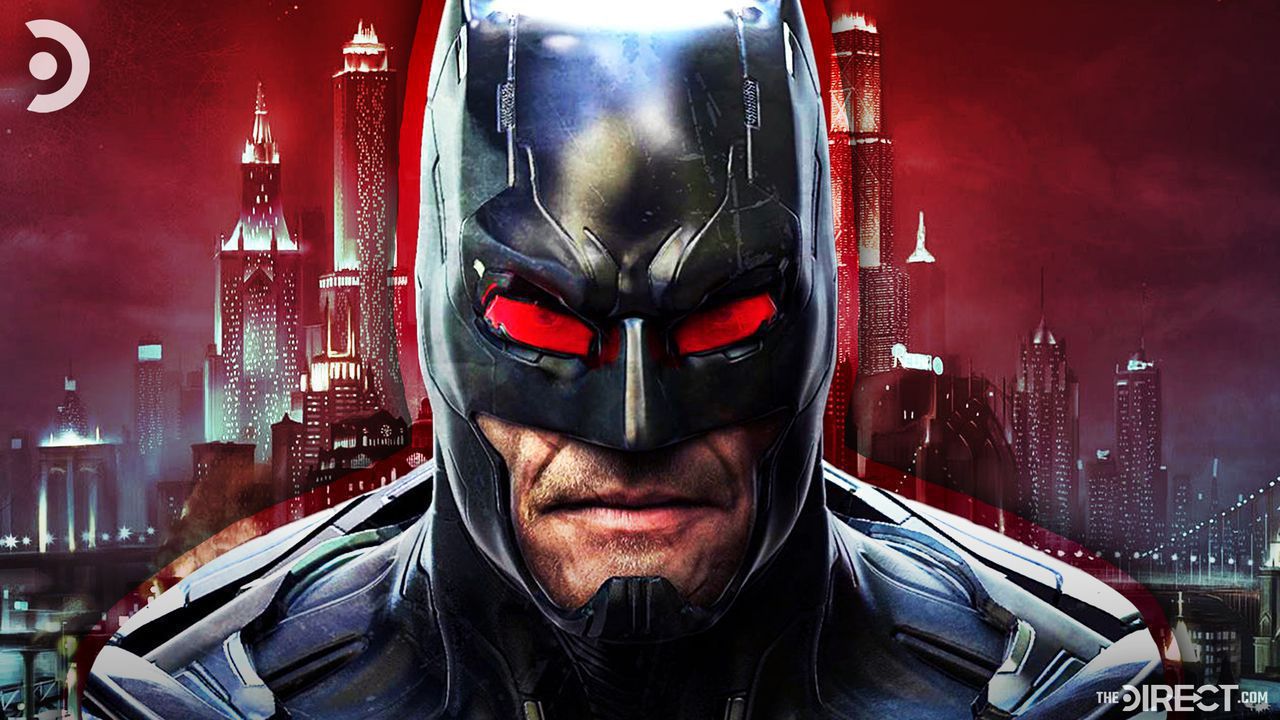 Several pieces of unused designs for canceled DC projects have emerged as of late. These have primarily come from Doug Liman's canceled Justice League Dark project, which has now seemingly been turned over to J.J. Abrams' production company Bad Robot.

These have included some risque artwork of John Constantine, as well as several design iterations for Swamp Thing. Concept art for other members of the team was also released, depicting Etrigan, Spectre and Deadman. Zatanna is noticeably absent from this artwork, although DC is rumored to have a project in the works that puts her in the forefront.

A new piece of concept art has now been released, though the project that it is from has yet to be named...

Concept artist Jerad S. Marantz shared an unused Batman design to his Instagram page, which he says is from a canceled project:

This Batman is much more heavily armored than has previously been seen on screen, almost resembling the Batsuit scene in Batman: Arkham Knight.

This Batman seems to resemble a Thomas Wayne incarnation, indicated by the glowing red eyes. This close-up also provides a look at this Batman's face, which seems to be much older and scarred. It is difficult to say for certain, but the face, particularly the lip shape and chin structure, does possess some likeness to the DCEU's Thomas Wayne: Jeffrey Dean Morgan.

This wider image shows even more of the suit, showing the intricate detail that is weaved into the armor. Notably the Bat logo is similar to Ben Affleck's suits from Batman v Superman and Justice League, pointing to the idea that this concept art does indeed come from a DCEU project. The question is which one.

If this Batman is indeed Thomas Wayne, the likely choice is that the canceled project was The Flash. Although not technically canceled, the project has undergone various director changes and production issues. This artwork may be a remnant of a more direct adaptation of the Flashpoint storyline, where Barry Allen meets Thomas Wayne. An armored Batman like this would make sense for the world of Flashpoint, pointing to this Dark Knight's more ruthless attitude and need to keep up with the surrounding Amazon-Atlantean world.

Another less likely option would be early ideas for The Batman. This may have been how Bruce Wayne progressed in a solo movie as his own, when the project was still being helmed by Ben Affleck. This is, however, less likely given that this project has had mostly solid footing through its production.

Regardless, this concept art provides an exciting new take on a DCEU Batsuit, whether it belongs to Thomas Wayne or not.