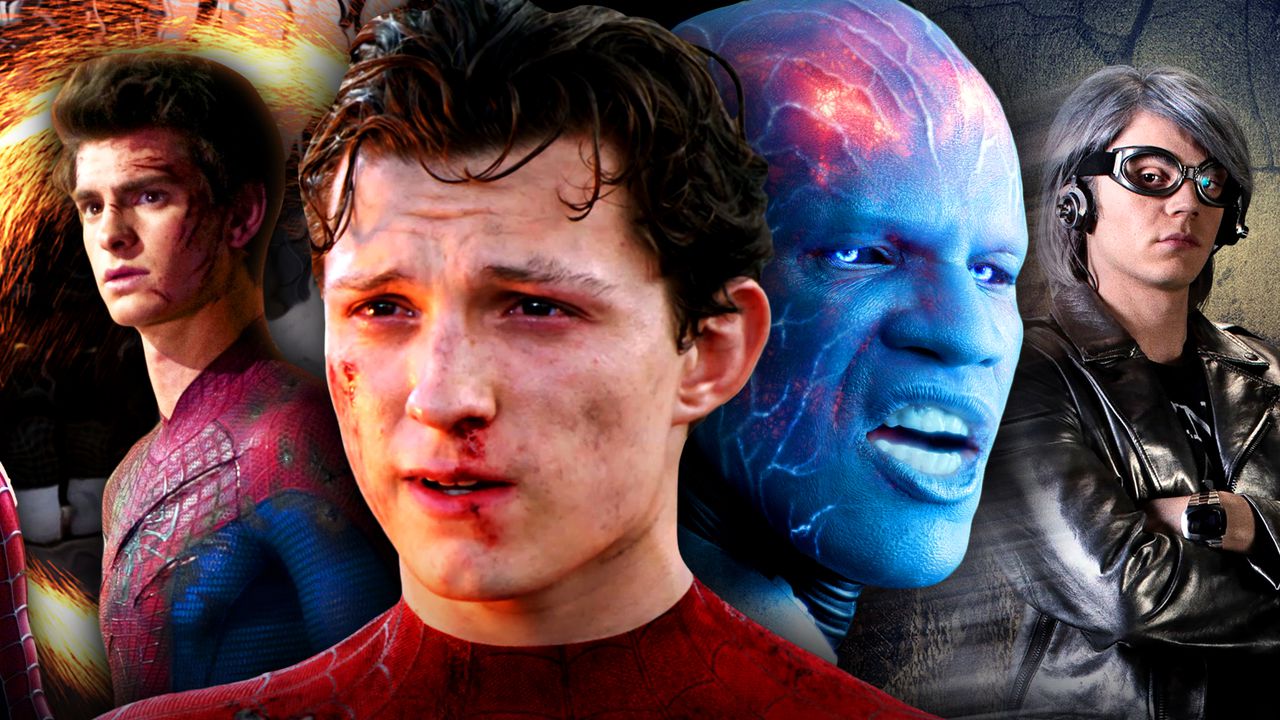 Years ago, Marvel fans would have said that it would take capturing lightning in a bottle for Spider-Man to make his way over to the MCU. The web-slinger has since appeared in numerous MCU flicks to thunderous applause, and fans are now used to seeing their friendly neighborhood Spider-Man alongside other Marvel heroes. But even though Marvel fans may be acquainted with thinking the impossible can actually happen, some news can still prove to be shocking.

Fans everywhere have now been left stunned by the news that Jamie Foxx will making his return as Electro for Spider-Man 3. The Amazing Spider-Man duology ended after lackluster box-office returns for a Spider-Man film, leaving everything that it set up in the dust. Fans never demanded nor expected a continuation of the film's characters, but Jamie Foxx reprising the role of Electro could see just that.

Jamie Foxx's return to the role has a lot of implications for the MCU as a whole. Questions now loom as to how Electro will be integrated into the MCU and what precedent this sets for past Marvel actors reprising their roles in the future.

The simplest way that Jamie Foxx's Electro could be folded into the MCU is by having Foxx play a different incarnation of the character altogether. The version seen in The Amazing Spider-Man 2 was certainly an interesting portrayal of Maxwell Dillon, so completely rebooting the character will allow Foxx to give the role another shot under a new creative team.

Given what is currently known of Spider-Man 3 at this time, it would make sense for Electro to be introduced as a villain for Spidey who is perhaps one of a few evildoers tasked with hunting the wall-crawler down. As Peter Parker's identity was revealed to the world at the end of Spider-Man: Far From Home, he may find himself as a fugitive to evade danger, which could lead him into facing off against Electro.

How they could switch up this version of Electro is a bit more tricky. The Amazing Spider-Man 2's version visually resembles more modern incarnations of the character, so a similar look may be chosen with slight alterations to the character's personality and motivations. Electro is also known for his green-and-yellow starfish-face costume, so Marvel Studios could opt for that if they intend to double down on portraying the character as more farcical.

While this outfit may look a bit ridiculous on-screen, this may inform Electro's character as being more of a low level threat akin to the MCU's Shocker or Tinkerer. Alternatively, the art department at Marvel Studios are masters at adapting comic book costumes to screen, so the starfish suit could be tweaked to be suitable for Spidey's next outing.

Another avenue that Marvel Studios could use to include Jamie Foxx's Electro is to call upon the powers of the multiverse. Utilizing the multiverse appears to be the next big step for the MCU to follow up the Infinity Saga. Recent rumblings and analysis of the trailer seem to suggest that WandaVision will be the first big introduction of alternate universes into the MCU. With the series being a direct lead-in to Doctor Strange in the Multiverse of Madness, it is safe to say that other Marvel properties will feature the multiverse in a large capacity. Marvel's What If is another gateway into alternate universes and versions of characters, demonstrating that Marvel is no longer shying away from the limitless potential of the concept.

This calls into question whether Spider-Man 3 could in fact be one of the films that would take advantage of the idea, continuing the story on from the Doctor Strange sequel. Cinema audiences have already been introduced to the concept of a Spider-Verse through the animated film Spider-Man: Into the Spider-Verse, so Marvel Studios may decide that viewers are now ready for the MCU's take on the comic book storyline.

Opening up the multiverse in Spider-Man 3 would allow The Amazing Spider-Man 2's Electro to come over to the MCU. This would make a lot more sense for Jamie Foxx's casting in this role, as opposed to casting a new actor in the role of Electro or bringing Jamie Foxx in as a new character. If Marvel Studios wanted a new take on the character, it would make more sense to recast the role as to not confuse audiences. Casting Foxx specifically signals that he is wanted to come back as his Electro specifically. Kevin Feige supposedly liked The Amazing Spider-Man 2's take on Electro, so this may have played a factor in wanting to bring Jamie Foxx back in.

Having Electro come back would go completely against the current trend that the MCU Spider-Man films have been following. Each film so far has depicted entirely new villains that have yet to have been portrayed on screen, so the return of a past villain opposes this idea completely. However, this switcheroo might be used to keep MCU fans on their toes. It is unknown what capacity Electro will be used, so new villains, such as Morlun and the Inheritors, could still be the masterminds behind it all. The Amazing Spider-Man 2 even knew that Electro is not necessarily a villain that can stand on his own, so it is likely that Jamie Foxx will be returning with a few other villains in tow.

Fans were delighted by J.K. Simmons' triumphant return to the role of J. Jonah Jameson in Spider-Man: Far From Home. Simmons is so far the only actor to have done this in the MCU. Past Marvel alumni have only ever taken on entirely new roles, like Chris Evans' graduation from Fantastic Four's Johnny Storm to the one and only Steve Rogers. Jamie Foxx's return as Electro could change this, setting a precedent for actors to come back as the heroes and villains they previously portrayed.

The opposite has also occurred, with Michael Keaton making a surprise appearance in the Morbius trailer. Whether Keaton is actually portraying the Vulture is unknown, but his inclusion could be another clue as to what Marvel, and Sony, have planned for their characters moving forward. This crossover may potentially mean that not only could past Marvel actors join the MCU, but current MCU characters may have the capacity to crossover to other universes themselves.

This could allow Tom Holland's Spider-Man to face off against Tom Hardy's Venom, or Marvel heroes to interact with Deadpool in his separate R-rated universe. Morbius is releasing well before Spider-Man 3, so is there a possibility that the film could provide some hints on a potential multiverse connection? Sony also has a Madame Web film in development, whose multiverse connection could be another sign for future crossover.

Interestingly, so far only Spider-Man actors have been used to make comebacks and crossovers. But a previous rumor suggests that this practice could extend much further beyond just the Spider-Man franchise. Evan Peters was rumored to be cast in a "key role" for WandaVision, causing many to question whether Peters was in fact returning as Quicksilver from the X-Men franchise. If the rumor is true, this could mean that actors from other Marvel franchises could hop over to the MCU too.

This opens up endless possibilities for past Marvel actors to reprise their prior roles. Could this be how Deadpool arrives in the MCU? Could Hugh Jackman forgo his last hurrah in Logan to return as Wolverine? Could more of the X-Men crew, such as Patrick Stewart, Ian McKellen, Michael Fassbender, James McAvoy, Halle Berry, James Marsden, Ellen Page or Kelsey Grammer, come back Mutant and Proud? Could Chris Evans return not as Captain America, but as Johnny Storm's Human Torch? Could Nicolas Cage rev onto the scene as Ghost Rider? Could The Defenders actually make their way over to the MCU in some form?  Could Ben Affleck return as Daredev- No, I think that's going a bit too far, the man's already got enough on his plate.

Ultimately, there are many different options that Marvel could pursue, but one return may be more likely than the rest...

The MCU's connections to Spider-Man and its past iterations is surely not just a coincidence.

If Marvel Studios is truly setting up for a Spider-Verse, securing Jamie Foxx to return points to the possibility of seeing Tobey Maguire and Andrew Garfield showing up for an MCU Spider-Verse. Tom Holland's Peter Parker will be undergoing an identity crisis in Spider-Man 3, so what better way to deal with this issue than to add two more Spider-Men to the fold? The two could be brought back as a means to mentor and guide Peter through this difficult situation, using their wisdom in a similar fashion to Peter B. Parker in Into The Spider-Verse. Spider-Verse producer Christopher Miller said that a scene featuring the live-action Spider-Men was pitched, but was told it would be "too soon." Now may be a better time than ever to get this idea off the ground.

Not only does this casting indicate a Spider-Verse, but it could also herald the arrival of a Sinister Six-centered storyline. Bringing back Spidey's greatest hits for him to battle would be a unique way of tackling Spider-Verse. This opens up the possibility for fan-favorites such as Willem Dafoe's Green Goblin and Alfred Molina's Doc-Ock to make appearances. As these versions of the character are beloved amongst fans, it would be difficult for Marvel Studios to one-up them with a new take. Using Spider-Verse is the perfect opportunity to bring these characters into the MCU, whilst specifically utilizing the versions that fans already know and love.

Adding additional villains from the multiverse is an exciting prospect, but the MCU already has a few Spidey villains of their own to play around with. 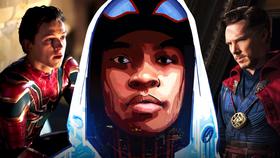