Doctor Strange in the Multiverse of Madness brought a new level of thrills to the MCU during its opening weekend along with yet another outstanding box office haul for Marvel Studios. Elizabeth Olsen returned as the Scarlet Witch for even more mayhem while fans officially got their first taste of the X-Men within the MCU thanks to Patrick Stewart, and that was just the start.

Warning - the rest of this article contains spoilers for Doctor Strange in the Multiverse of Madness.

While the X-Men only recently made their way into the Marvel Studios family, Stewart's Professor X kicked off their presence within the MCU as the leader of the Illuminati in Earth-838. Of course, this was a short-lived appearance for the 22-year Marvel veteran as Olsen's Scarlet Witch ripped his head apart in an out-of-body experience and killed him along with the rest of Marvel's top inter-universal heroes.

Considering Wanda's ties to the X-Men in Marvel Comics, Olsen and the fans alike have wanted to see her have the chance to interact more with mutants, even with it still being some time until they fully come to life. Following Doctor Strange 2's debut in theaters, Olsen even has her own ideas about how to potentially make that happen.

Olsen on Future X-Men Stories in the MCU

Elizabeth Olsen spoke with Entertainment Tonight about her future as Wanda Maximoff in the MCU after Doctor Strange in the Multiverse of Madness.

When asked if she was done with the role, Olsen admitted that she has no idea while making it clear that she's "bad at lying" about these kinds of answers. She also noted that she needs to talk with Marvel Studios President Kevin Feige about how exactly to tackle questions like this:

Olsen did admit that she's still "game for more" should Feige ask her to come back, sharing that she always looks at whether "the stories need (her)" or not.

When asked about specific stories she wants to tackle, specifically after the grief she felt in WandaVision, Olsen shared her thoughts on Wanda's actions in Doctor Strange 2 making sense in her pursuit of finding her children:

ET: "Do you feel like there's a particular story that you want to tell? Because for me, especially after WandaVision, I think that there's something really moving and identifiable with somebody who is experiencing the grief that she's experiencing. And having the power to rip the universe open, to get back what she wants, which any of us would... Almost any of us would do if we were in that exact same position."

Olsen: "Right. Especially after losing your child and having the opportunity to find them again. I can't say stuff like that."

In addition to mentioning how Scarlet Witch may continue with the X-Men coming into play later down the road, Olsen also teased that she already has a fun idea for Wanda that she wants to talk to Marvel Studios President Kevin Feige about. She noted how Scarlet Witch was "such a huge part of those [X-Men] comics" and that she would "love to be involved in that capacity" should she have the opportunity:

"Yes. And so, I have an idea in my head that I'm not going to share with you, that I think would be fun. But someone had just said... I'm not going to share it with you, because it's my information. But, someone had mentioned, if they have to bring in the X-Men, that she was such a huge part of those comics. And so I would love to be involved in that capacity. I would love to keep going with this character. I think there are things... I have an idea of something that could be fun as the next step. But again, I really want to talk to Kevin about this stuff… Let me call him up right now."

The X-Men coming into the MCU has been one of the hottest topics in the fandom since Disney's purchase of 20th Century Fox became official in 2019. Even Elizabeth Olsen sees how excited fans are to see the mutants interacting with Earth's Mightiest Heroes for the first time, and she clearly wants in on the action herself.

There is, of course, the important issue of Wanda's supposed death in Doctor Strange 2, although there are plenty of reasons to believe that Olsen will be back to play the Scarlet Witch again before too long. She's also indicated that she still wants to utter the ever-popular "No More Mutants" line at some point in her MCU tenure, which could potentially happen as soon as more mutants come into the story beyond Professor X.

Could a dive into the House of M storyline be the fun idea that Olsen is teasing? It's one of many possibilities, as the actress has also hinted at a potential to play Wanda as an older woman, in addition to the character's future with Paul Bettany's White Vision. Perhaps Elizabeth Olsen is looking forward to Kathryn Hahn's Agatha Harkness spin-off instead and the potential for Wanda to show up, though she has denied her involvement in the upcoming series. Whatever the case, it will be interesting to see whether Olsen's current thoughts about where Wanda Maximoff should go could influence her MCU future.

Doctor Strange in the Multiverse of Madness is now playing in theaters worldwide. 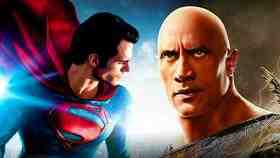 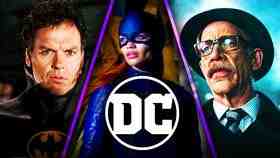