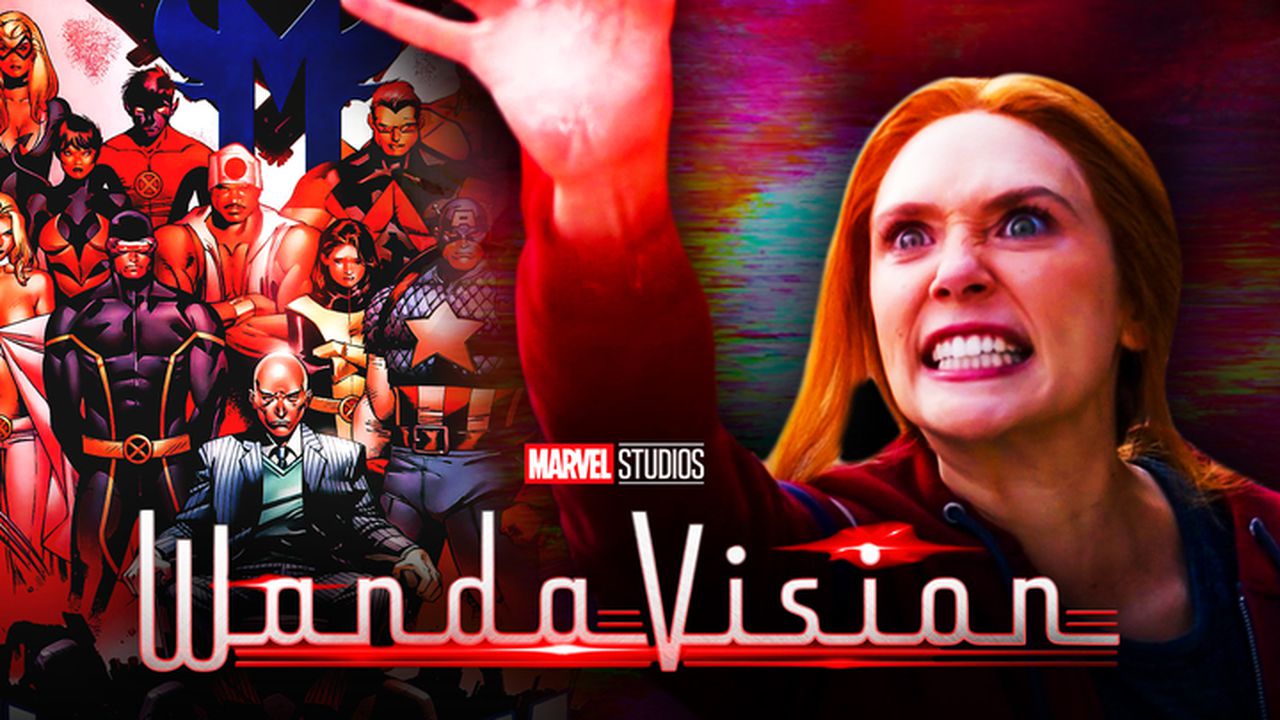 WandaVision, like all MCU projects, has incorporated elements from Marvel Comics pretty loosely.

It’s not a direct adaptation of Tom King’s Vision, the West Coast Avengers “Vision Quest” storyline, or either run of The Vision and the Scarlet Witch for instance, but there have been plenty of story beats lifted from those comics and worked into WandaVision’s plot.

The comic storyline that WandaVision has perhaps been most closely compared to, however, is House of M. The 2005 arc sees Wanda Maximoff create a major shift in reality in order to live peacefully with her young twins. While several elements of this story have already popped up in WandaVision, a scene in "Episode 8" had some major parallels with the classic comic arc...

After seeing Vision’s disassembled body and being told she will not be able to properly bury him, Wanda drives from S.W.O.R.D. headquarters to the town of Westview, New Jersey. Viewers have seen various versions of Westview throughout WandaVision, but here they get a look at what the town was like before being placed under the Hex.

As Wanda drives through the town, she sees several of the people viewers have come to know as her and Vision’s neighbors. One man, who according to "Episode 4" is named Harold Procter, is seen putting up an advertisement for piano lessons. Another can be seen mundanely carrying a couple of packages. A lady, Sharon Davis, is seen sitting alone at a table outside a coffee shop.

Everyone in town appears to be sad and/or lonely, which adds a layer of meaning to the changes that occur with the advent of the Hex.

The man carrying the packages, known as "Dennis" in Wanda's version of Westview, cheerfully does his mail delivery job in a spiffy getup throughout multiple sitcom episodes.

Some fans have pointed out how it appears that, though most likely subconsciously, Wanda has granted the wishes of all the townspeople feeling despair like herself, in addition to manifesting her own dream life in the place where Vision wanted to "grow old" with her.

HOUSE OF M VERSUS THE HEX

Wanda does this in House of M, but for the other superheroes. Quicksilver convinces her to change their lives for the better so that they don’t kill her (due to her powers spiraling out of control).

Yet she does, giving the other heroes their “ideal” lives. This includes Peter Parker being married to Gwen Stacy, Stephen Strange being a psychologist, and Carol Danvers being Captain Marvel (years before she would take up the mantle in the main comics). This, of course, is so that she can live her own dream life with her children (who by this point in the comics have been revealed to not be real in the main timeline).

Even though Wanda seemingly made the townspeople’s dreams come true via the Hex, the series has shown viewers that life in a sitcom hasn’t exactly been paradise for them. When Vision temporarily turns “Norm” back into Abilash Tandon in "Episode 5," he expresses fear of what has happened to him and the others. In "Episode 6," Vision sees people far from Wanda’s vicinity frozen in place or forced to repeat generic movements on a loop. One lady working with a clothesline can be seen crying as she does so.

The same goes for House of M, as most of the heroes don't remember their original lives. However, a few, including Wolverine, do, and this is the catalyst for the group's decision to confront Wanda and work to restore the universe as it was.

A shot from one of WandaVision’s trailers shows Wanda being surrounded by the townspeople, so a confrontation between her and those she has trapped seems inevitable for the finale. There’s a lot to wrap up in the upcoming final episode, but hopefully this will be given the time and weight that it deserves; some viewers have expressed concern that Wanda hasn’t been held accountable enough for what she’s done to the people of Westview, so this could be a chance for her to come face to face (literally) with the repercussions of her actions.

WandaVision's final episode will be available on Disney+ on March 5, 2021.