Star Wars Day has brought plenty of news this week with the airing of the first episode of the new The Mandalorian documentary series, the series finale of The Clone Wars and the announcement that a new Star Wars film and TV series are in the works. But with another May the Fourth over for the year and the Skywalker Saga completed for now, many are looking at what the next big Star Wars thing will be.

So far on the horizon is The Mandalorian's second season, set to debut later this year on Disney+. Beyond that, are many things in development including a new trilogy of Star Wars films from Rian Johnson, the High Republic novel range and the Cassian Andor and Obi-Wan Kenobi series. But, similar to the MCU, Disney isn't slowing down on their plans for the Star Wars universe and more great content can be expected to be revealed in the months to come.

The Clone Wars and Rebels Executive Producer, Dave Filoni, has been doing the rounds in the press this week for the series finale.

In an interview with Deadline, Filoni confirmed that he is only directing one episode of the upcoming season of the The Mandalorian, compared to two last season, and that he would also be writing the episode:

I just did one episode this coming season. I’m really excited about it, I wrote it and directed it, so you know, that’ll be a fun thing for me, and I’ve been learning from Jon. He’s a great mentor. You know, to be in that situation in a live-action show with someone like him and a fantastic team of people, it’s a really fortunate place for me to land because you’re with people that can really help you and realize the things that you’re trying to do story-wise.

When asked about developing a live-action series for Ahsoka Tano or any other future projects, Filoni responded:

I couldn’t speak to anything at this point. I have a lot of ideas and I’m really fortunate that I’ve had the opportunity now to work in both animation and live action, so just getting that exposure is interesting. First for me there’s a story and then I have to decide what’s the best medium, and I think there are certain avenues open to me at this point. Right now I’m really enjoying the collaboration I have with Jon Favreau on Mandalorian. We’re having a great time making that show, and you know, we’ll see. But first, before I decide where it’s going to go, I need to decide on a story I want to tell, and invest my time in, because it’s a lot. I mean, there’s a lot riding on everything Star Wars, especially for me personally, being here so long, I want to make sure I get it right. I’m learning, you know.

The news that Filoni is only directing one episode of the upcoming The Mandalorian isn't too surprising. The director slots on episodes are already getting full with the confirmations that Robert Rodriguez, Peyton Reed, Rick Famuyiwa, Carl Weathers and Jon Favreau would be taking episodes. Last season, Filoni was responsible for directing the pilot episode and also wrote and directed Episode 5: The Gunslinger. The news that he's coming back for the writing/directing combo gig is promising, as we could expect some more of the space western vibes from that episode.

Disney has a history of rewarding its creatives with new projects. Taika Waititi is now set to helm a Star Wars film after directing an episode of The Mandalorian in the first season. Similarly, Deborah Chow is on board to direct the Obi-Wan Kenobi spin off, also after directing for the first season of Mando. Filoni already has a long track record with Star Wars having been a producer for years on The Clone Wars and Rebels and now shifting to live action with The Mandalorian. He's also known to have George Lucas' seal of approval and many of his collaborators have cited him as a wealth of knowledge about Star Wars lore. Whether his future projects could be centered around Ahsoka Tano's rumored solo show or something new entirely, it's not a stretch to imagine that Dave Filoni will continue to be an integral creator in the Star Wars universe. 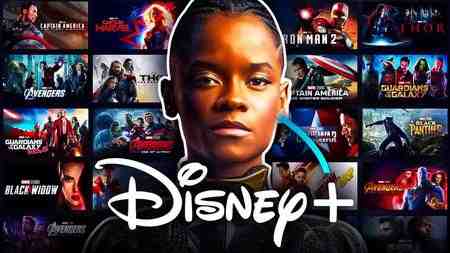