Star Wars fans thought that The Clone Wars was done for good when the series was cancelled abruptly following the purchase of Lucasfilm by Disney. A 13 episode short season known as The Lost Missions was released on Netflix in early 2014 to provide a bit of closure for fans with the remaining completed arcs, but after that things seemed to be moving in a new direction. Star Wars Rebels brought back fan-favorites Ahsoka Tano, Captain Rex, and Maul (formerly Darth), allowing for a continuation or completion of their journeys, but there was still a void between the last time we had seen those characters in Clone Wars and the point where find them in the Imperial era.

And then everything changed. A 10 year anniversary panel for The Clone Wars was announced for San Diego Comic Con 2018 and Dave Filoni, alongisde a few members of his cast and crew, dropped a surprise trailer revealing the return of the beloved animated series. After a six year hiatus, Star Wars: The Clone Wars made its triumphant return on Disney+, culminating today with the final episode of the Siege of Mandalore arc. The final arc has been heralded as one of the best pieces of Star Wars media ever by many fans, a story that grasped audiences the moment the original Lucasfilm logo appeared on screens. The Siege of Mandalore, and The Clone Wars , came to an appropriately epic end this Star Wars Day, and fans have been sent a message by the man running the show to express his gratitude for their support...

As he's done for the first three episodes of the arc, Dave Filoni posted a personal drawing on his Twitter page , thanking The Clone Wars fans for their years of support: 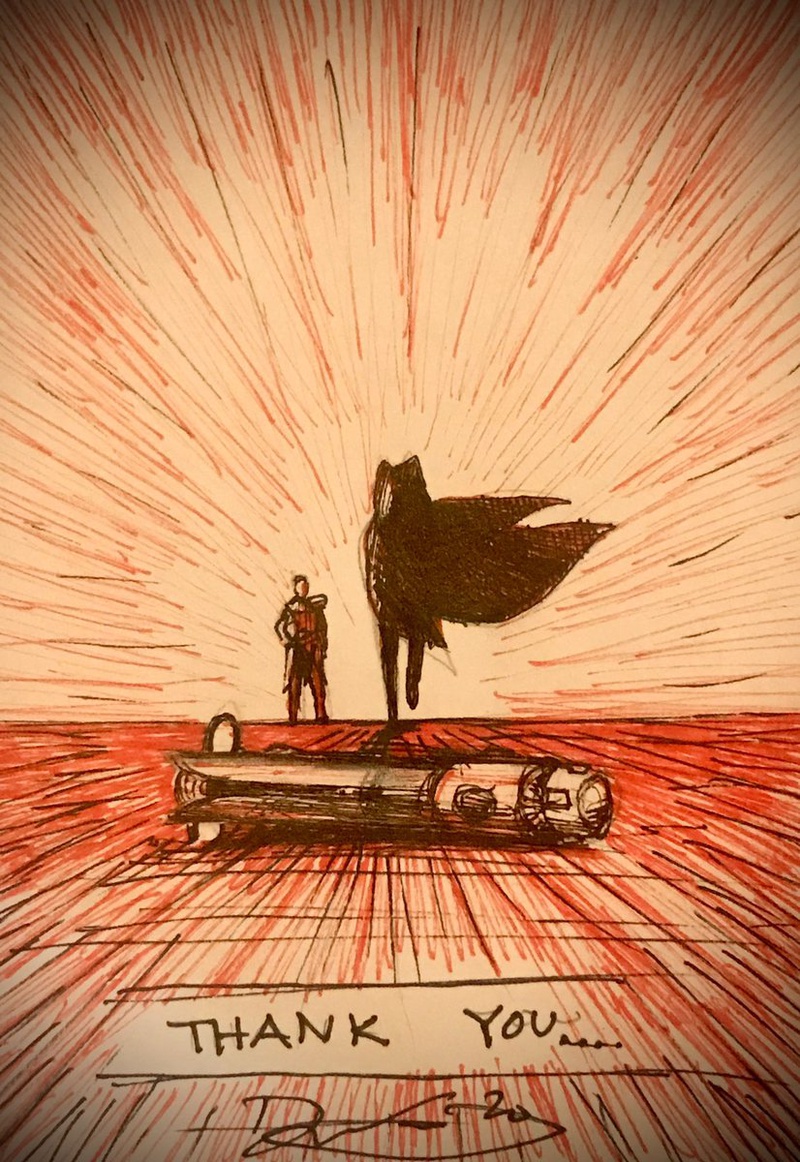 The Siege of Mandalore arc has been met by universal acclaim from the Star Wars fandom, and with good reason. The arc elevated Star Wars storytelling to an unseen level, producing what's essentially an animated movie in the most cinematic manner possible. We all knew the outcome going into this, but Filoni still managed to create a sense of fear, dread, inevitability, and tragedy in this masterful arc. The events of the Siege ran concurrently with Revenge of the Sith , featuring the events of Order 66 and a chilling epilogue with Darth Vader during the time of the Empire. It's clear that the majority of the energy put into this final season went towards the Siege of Mandalore, a story frequently discussed but never seen.

The ending of the series is bittersweet, but it's remarkable to consider that we have it in the first place as the ship seemed to have hit lightspeed long ago. At the end of the day, The Clone Wars was Ahsoka and Rex's story, and this drawing by Filoni appropriately captures the end of an era and the completion of this part of their journey. Filoni began his journey with Star Wars in 2005, developing The Clone Wars with George Lucas, and has since become arguably the most important person at Lucasfilm held in the highest regard. The series was able to find a grand return thanks to the persistence of the fans, allowing Filoni and his team to fully realize the ending to their monumental story. The passion held by fans for the show was rewarded, as the Lucasfilm animation team delivered one of the greatest pieces of Star Wars and the last story touched by George Lucas.