Origin stories have been the name of Marvel Studios' Phase 4 game thanks to projects like Moon Knight, Ms. Marvel, and Shang-Chi and the Legend of the Ten Rings. But come Phase 5, that's all about to change.

Not only will Marvel audiences revisit ensemble casts from phases past, such as in Ant-Man and the Wasp: Quantumania and Guardians of the Galaxy Vol. 3, but witness established heroes band together for the first time in The Marvels.

Even though The Marvels isn't set to release until the Summer of 2023, Marvel Studios released a trailer exclusively to D23 Expo attendees, confirming just who all has a part to play in this cosmic Phase 5 film.

First Look at the Cast of The Marvels

In the D23 Expo trailer for The Marvels, fans gain an understanding of what happened in Ms. Marvel's post-credits scene where Kamala Khan seemingly body swapped with her idol, Captain Marvel.

The trailer begins with Monica Rambeau in an astronaut suit, spacewalking outside of the SABER Space Station while Nick Fury looks on.

When Monica is seemingly replaced by a panicked yet starstruck Kamala, it's revealed that the light-based powers of all three heroines are "entangled," leading to chaos, humor, and plenty of action.

Here's a list of the 9 Marvel characters confirmed for The Marvels as shown in this first-look footage: 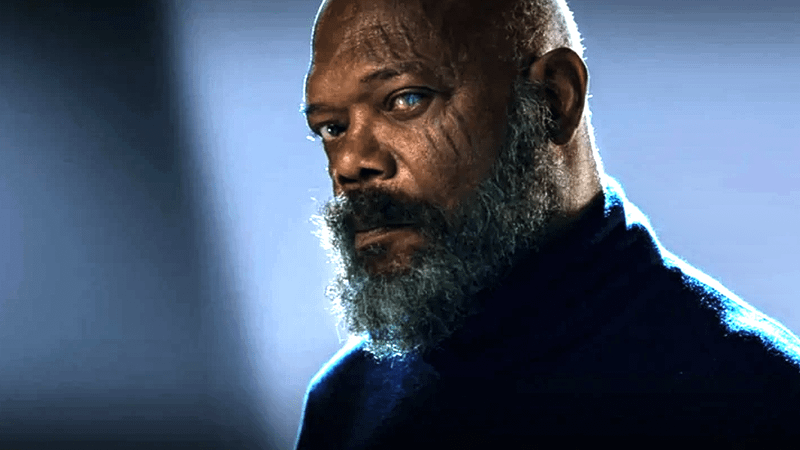 Samuel L. Jackson's Nick Fury is revealed at the start of the footage and is understandably involved given he is a returning member of the Captain Marvel cast.

Kamala's fangirling over Nick Fury is a huge highlight, but it will also be interesting to see how his role in The Marvels will connect with his Skrull-focused series, Secret Invasion, which is set to release ahead of the film. 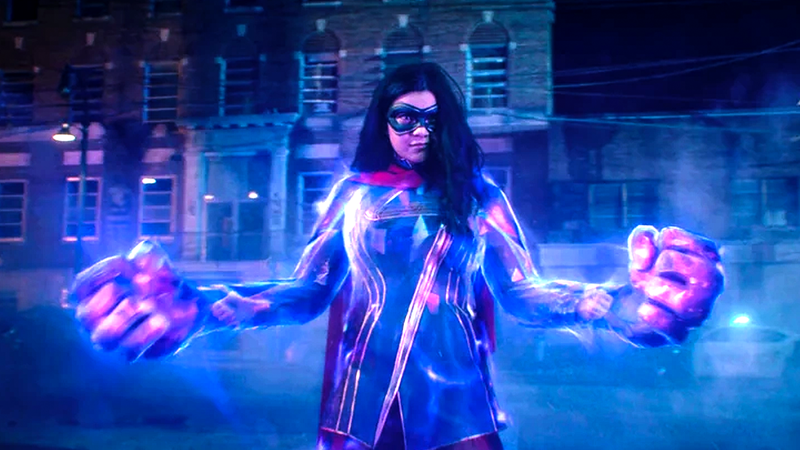 Fresh off her own Disney+ series, Iman Vellani's Kamala Khan is often out of her element in Captain Marvel 2 but appears to be loving every minute of it.

She seems particularly excited about the prospect of joining a team. However, Captain Marvel and Monica Rambeau are in need of convincing. 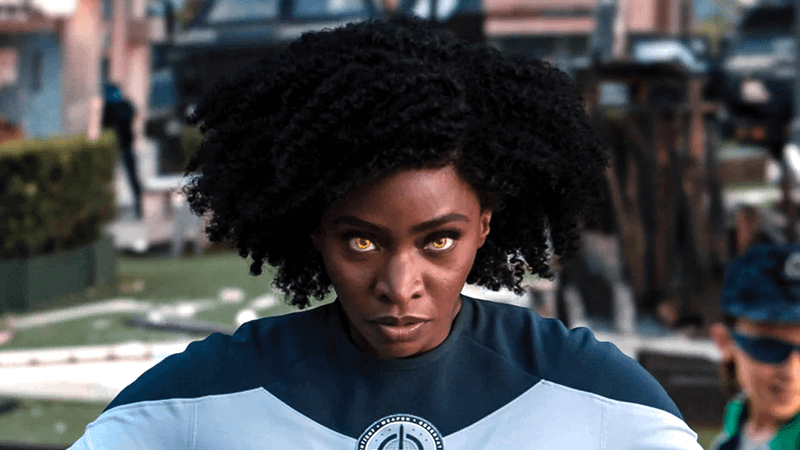 After learning of the loss of her mother in WandaVision, Teyonah Parris' Monica Rambeau finds herself reunited with her Aunt Carol in the 2023 film.

However, given her chilly response to Captain Marvel at the mention of her "Lieutenant Trouble" nickname, it's clear that the two have some baggage to unpack amidst The Marvels madness. 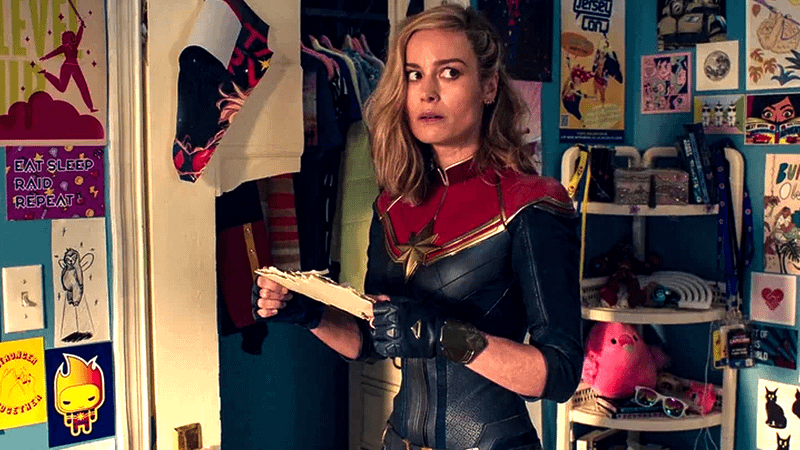 After a string of post-credits cameos, Marvel fans will finally get to catch up with Brie Larson's Carol Danvers in her sequel film.

Just like Kamala Khan, those within the world of the MCU don't know what Captain Marvel's been up to in recent years. And, while the trailer doesn't reveal too much of that mystery, the footage holds plenty of teases to her original film and one-on-one interactions with her biggest fan, Ms. Marvel. 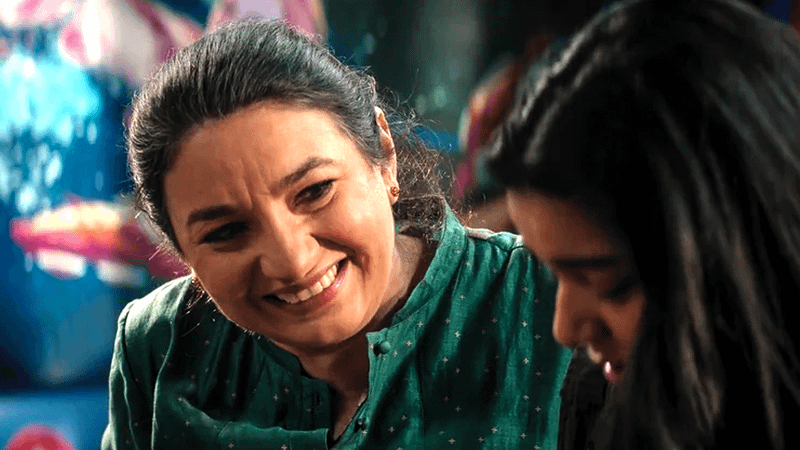 Kamala's mother, played by Zenobia Shroff, is back in Captain Marvel 2 and witnesses Kamala and her superpowered counterparts' light-based power problems.

Out of Kamala's family, Muneeba gets the most attention in this particular teaser. 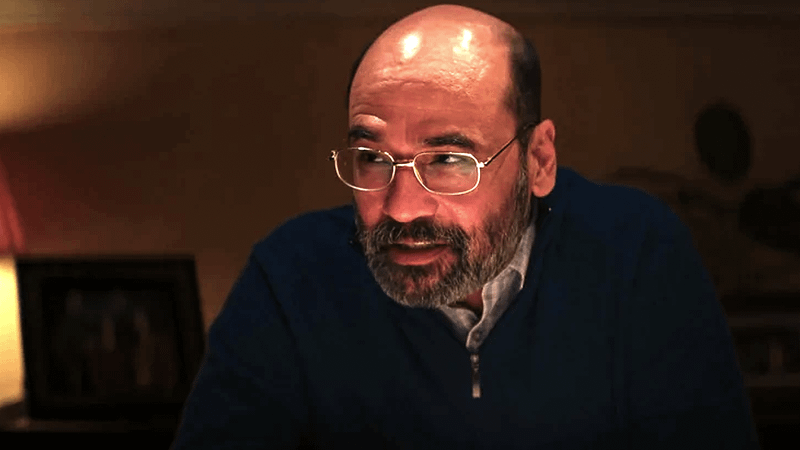 When Nick Fury comes looking for Kamala in Jersey City, her family is on-hand when he arrives. Mohan Kapur's supportive father is also present when she attempts to showcase her problematic powers.

While his screen time in the trailer is limited, due to his role in Kamala's own hero origin story, it wouldn't be surprising if fans see more of him in the film. 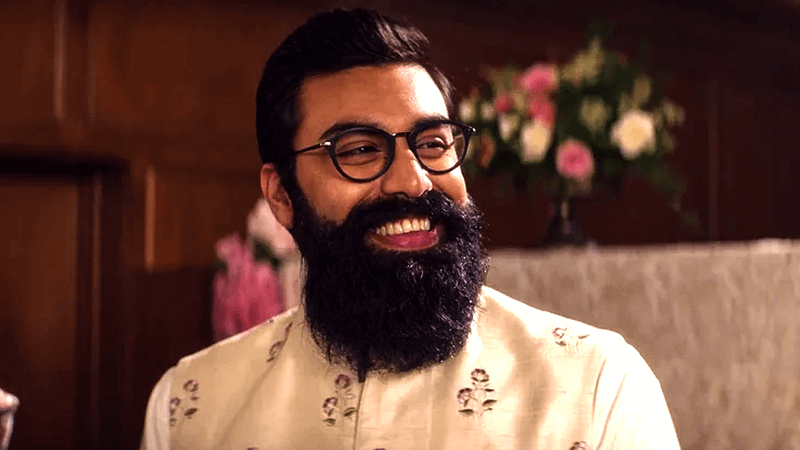 Saagar Shaikh's Aamir is also present for Nick Fury's arrival and when Kamala demonstrates her and her fellow co-stars' powers.

Just how much of Aamir audiences will get in The Marvels, however, remains to be seen. 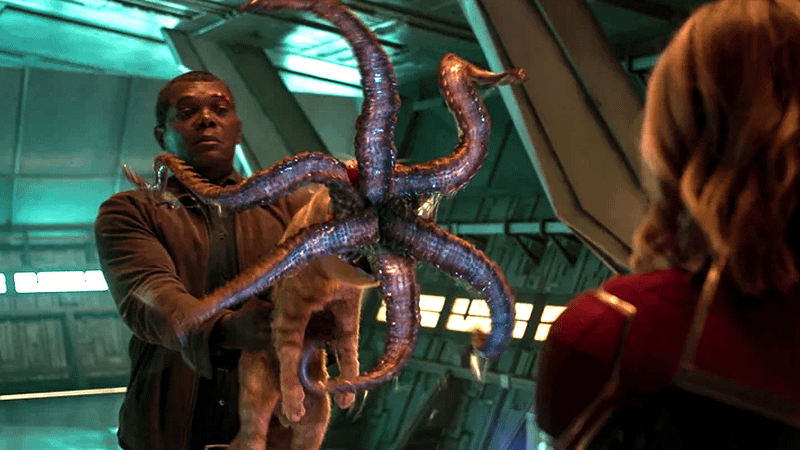 Captain Marvel's cat named Goose, which turned out to be a Flerken, has returned for The Marvels.

But this time, he's showing his true Flerken colors to Kamala who understandably freaks out.

In the D23 footage, fans caught their first glimpse at The Marvels' villain played by Zawe Ashton.

While the antagonist's identity has yet to be revealed, she does wield a hammer that's similar in look and design to that of Guardians of the Galaxy Vol. 1's Ronan the Accuser.

This has led to speculation that she could be a member of the Kree Accuser Corp.

Who Else Could Appear in The Marvels?

Even though The Marvels is an ensemble film, it's also a Captain Marvel sequel.

In addition to Nick Fury and the involvement of the Kree, the film might also include Ben Mendelsohn's Talos, along with other Skrulls from Captain Marvel as well. 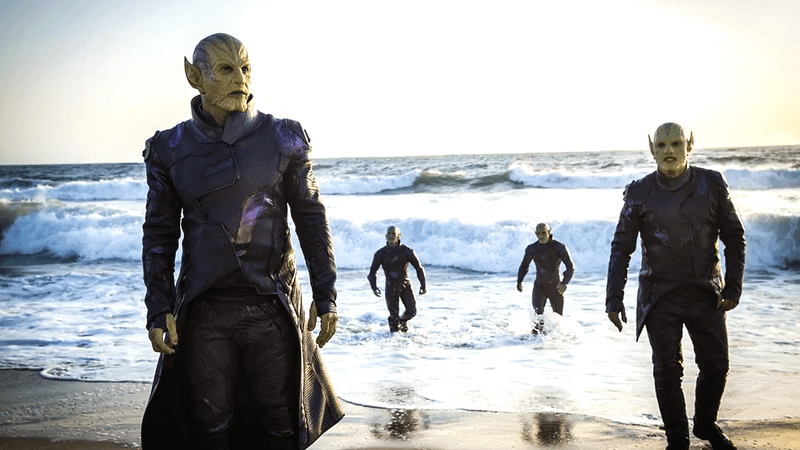 However, their roles will likely depend on the events of Secret Invasion.

It's also possible that fans see might see the return Lashana Lynch's Maria Rambeau in a flashback scene, given her importance to both Carol Danvers and her daughter, Monica.

After all, Lashana did appear as a Multiversal version of Captain Marvel in Doctor Strange 2. What's to say she didn't film a quick scene from this 2023 sequel?

As for new characters in this Captain Marvel sequel, Parasite's Park Seo-Joon has been cast in an unknown role for the film.

Now, since The Marvels isn't set to release until the summer of next year, it may be some time before fans learn more about this upcoming film. But whenever this trailer is finally released to the public, fan anticipation is likely to skyrocket.

While Iman Vellani's Ms. Marvel is a stand-out, the chemistry between Brie Larson and her co-stars is evident, as is this film's energy, personality, and tone, all of which are amplified by the trailer song choice of “Intergalactic" by the Beastie Boys.

Overall, the future is bright for this cosmic ensemble; and if its promotional campaign is anything like what D23 had to offer, Marvel fans are in for a fun ride.