Marvel Studios is set to close out 2022 in theaters with Ryan Coogler's Black Panther: Wakanda Forever, which has seen more challenges and controversy than almost any movie in MCU history. Thankfully, fans can rest easier knowing that the sequel finally finished shooting in the last few weeks as Marvel prepares for its November 11 release, returning to the world of Wakanda.

Without the late Chadwick Boseman leading the way as T'Challa, other supporting players will do their best to step up into bigger roles for Black Panther 2. Letitia Wright's Shuri will lead the way for the royal family, while Winston Duke's M'Baku and Danai Gurira's Okoya find themselves serving their country more prominently too; the sequel will also bring Dominique Thorne's MCU debut as Ironheart.

Almost every actor from the original movie is set to return to their roles for Black Panther 2, although there are still a few key supporting players that are still unconfirmed.

As the sequel moves into post-production, one of the film's behind-the-scenes crew members may have teased yet another new addition to the cast.

Costume designer Stacy Caballero updated her website and listed that she is the assistant costume designer for Daniel Kaluuya on Marvel Studios' Black Panther: Wakanda Forever.

Along with Angela Bassett's Ramonda and Lupita Nyong'o's Nakia, her listing confirmed that Kaluuya will return as the Border Tribe's W'Kabi in the upcoming MCU sequel.

Daniel Kaluuya has already built an outstanding career in Hollywood with performances in critically acclaimed movies like Get Out and Judas and the Black Messiah. With an Academy Award and dozens of other award wins and nominations under his belt, he's now set to bring W'Kabi back with his second performance in the MCU.

W'Kabi played a complex role in the original Black Panther as T'Challa's friend and ally, although the two were on opposite sides during the movie's climactic Wakandan civil war. The two reconciled as the film came to an end, although the warrior hasn't been seen in the MCU over the last four years.

Over a year ago, Kaluuya shared his thoughts on Marvel not recasting T'Challa after Boseman's tragic passing, wanting to honor his friend's legacy above anything else. Kaluuya's own character should help tremendously in honoring the late King of Wakanda throughout the course of the film, as the Border Tribe aids the country through its mourning period.

With this return set in stone, fans now wait for more confirmations regarding the sequel as it looks ahead to the end of the year.

Black Panther: Wakanda Forever will debut in theaters on November 11. 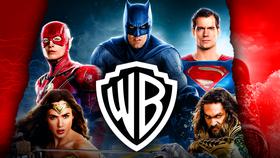