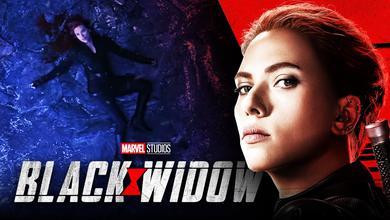 Sitting down in the theater to see 2019's Avengers: Endgame had many MCU fans worried about how the climactic battle with Thanos might turn out for their favorite heroes. Fans knew at least one Avenger wouldn't be walking away, and as the end credits rolled, many were faced with the fact that characters they'd loved for over a decade were gone.

For those who loved Chris Evan's Captain America, Robert Downey Jr's Iron Man, or Scarlett Johansson's Black Widow, the Avengers' narrow victory over the Mad Titan came with a heavy price. With Black Widow now set to release on July 9, moviegoers may be given their final glimpses of Natasha Romanoff and Tony Stark on the big screen.

In a recent interview, Scarlett Johansson laid out how she feels about her character's death and what fans should take from it.

During a new interview with Total Film, via Twitter, a few Black Widow stars shared how they believe the film relates to the titular character's death in Avengers: Endgame.

Scarlett Johansson herself said that "Our goal was for [fans] to feel satisfied with this story; that they could maybe have some resolution, I think, with this character's death, in a way. It felt like people wanted that."

This isn't the first time the actor has attempted to help fans come to terms with the character's death. In an interview last September, Johansson said Natasha's sacrifice was her finally getting to make "an active choice:"

"...I felt that she was finally able to make an active choice. It seemed very in-character, that ultimate sacrifice that she makes. She’s made peace with that, and, in some ways, has known that’s her destiny all along, in a weird poetic way. When you look back on the films, that’s in there. All the films have led her to that choice – or to be able to make that choice; or for it to be a choice.”

ENTER LOKI, THE GOD OF MISCHIEF?

Natasha Romanoff's sacrifice was most certainly, as Johansson said, "in-character."

Natasha spoke of clearing the red in her ledger as far back as 2012's Avengers. Her decision to give her life to spare Clint Barton/Hawkeye to obtain the Soul Stone allowed the Avengers to restore all those erased by Thanos. Her journey was natural, and while her loss was a gut punch, it felt right.

Things get a little more interesting when factoring in Marvel's most infamous troublemaker, Loki. In snippets from trailers for the upcoming Loki series on Disney+, viewers have been given fleeting glimpses of the titular schemer alongside what some fans have assumed to be Black Widow. However, many soon pointed out that this red-haired figure was not Scarlett Johansson at all, but actually Sophia Di Martino, whose character is rumored to be Lady Loki.

Despite this, Loki is a series heavily involving the TVA (Time Variance Authority), a group dedicated to fixing time. Loki's time travel usage will reportedly surpass Avengers: Endgame's, which means that now-deceased characters could still be revisited during times prior to their deaths. So a Loki-Black Widow revival isn't completely off the table.

Black Widow will give fans a glimpse at the red in her ledger and the terrible things she'd done that required her to make that sacrifice in the first place. If in the slight chance that anything is gleaned from Loki or future time travel MCU projects, it will only be Natasha reflecting on the choice she made and definitely stating it was the right one.