Avengers 5 Title: 6 Predictions of What It Will Be Called

The massive success of the Avengers franchise should provide enough evidence that an Avengers 5 film is on the horizon.

After the enormous financial and critical win from Avengers: Endgame last year, the superhero team-up is currently on a hiatus to make way for new characters and storylines in the upcoming Phase 4 slate. While the next wave of films doesn't include an Avengers 5 film, Marvel Studios Chief Creative Officer Kevin Feige did imply that something is in the works for Earth's Mightiest heroes, with him teasing that "it will be a very different team than we’ve seen before."

During the Infinity Saga, the Avengers battled several villains while also paying homage to the team's comic book adventures. 2012's The Avengers saw the team pitted against Loki, the same villain who the heroes fought during their first mission in the comics. Meanwhile, Avengers: Age of Ultron marked the debut of Ultron, but the MCU changed the villain's origin story by making Tony Stark the creator of the menacing robot instead of Hank Pym. Avengers: Infinity War managed to adapt certain elements from the Infinity Gauntlet and Thanos Quest storyline, and yet, Marvel Studios still delivered their own spin to the iconic comic run. Though Endgame was influenced by several storylines from the comics, the time-travel element along with revisiting iconic moments from the billion-dollar franchise provided a fresh take to the narrative. And so it's clear that the MCU combines certain details from the comics while also creating its own unique story to entice fans.

With Avengers 5 arriving in the near future, Marvel has a vast library of captivating storylines to choose from when it comes to adapting the right story on the silver screen. The mysterious Phase 4 could plant the seeds of the next big adventure, or even threat, that the Avengers will encounter. That said, the possibilities are endless on how the current slate will steer the direction of the narrative to ultimately lead to the formation of the new incarnation of Earth's Mightiest.

The previous titles of the Avengers films were a big part of the film's overarching story. Given that's the case, the title of Avengers 5 should be of utmost significance since it essentially marks the return of the successful franchise to the big screen. And now, The Direct predicts the potential title and storyline of the much-anticipated fifth installment. 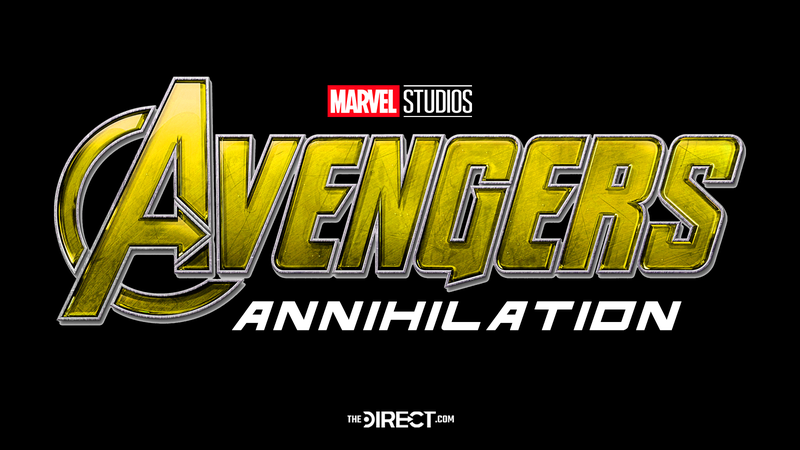 With the exception of Endgame, the Avengers films are no stranger when it comes to lifting a title from a popular comic book event. This could very well be the case for Avengers 5 and the film can take inspiration from the Annihilation event from the comics. On top of that, the Disney-Fox merger also means that Marvel Studios can finally use Annihilus as a main villain. For those unaware, Annihilus is the ruler of the Negative Zone, an antimatter-filled parallel universe. Given that the Negative Zone hasn't been introduced yet, Phase 4 has a lot of movies under their belt to properly introduce the unknown region. Alternatively, the MCU can retcon the place by making it part of the vast multiverse, or even originate from space.

Interestingly, Avengers: Annihilation was previously rumored to be the title for the fourth Avengers film before the teaser trailer revealed that it was Avengers: Endgame. Annihilation could still be in the cards for a future Avengers film, and there's substantial evidence that this seems to be the case. Marvel originally intended to shift its focus to the cosmic side of the MCU, but it was ultimately derailed by the firing of Guardians of the Galaxy director James Gunn. Given that Gunn has already been reinstated and Guardians of the Galaxy Vol. 3 is now poised to be part of Phase 5, the plans for a more cosmic-based MCU could very well start with Avengers 5.

One way for an Avengers film to be entirely different from its predecessors is to venture into a space-based adventure with Captain Marvel leading the way. Marvel Studios Chief Creative Officer Kevin Feige already confirmed that Carol Danvers will lead the MCU moving forward, and Avengers 5 is the best starting point. Captain Marvel 2 is rumored to take a deep dive into the Secret Invasion storyline, and this could prompt the heroes to set a journey into space to find out the real reason behind the invasion. It's entirely possible that someone is pulling the strings behind the scenes and the heroes could face off with a massive galactic threat like Annihilus. A cosmic-heavy Avengers 5 could also serve as an introduction to other popular characters such as Nova, Silver Surfer, and even Galactus. 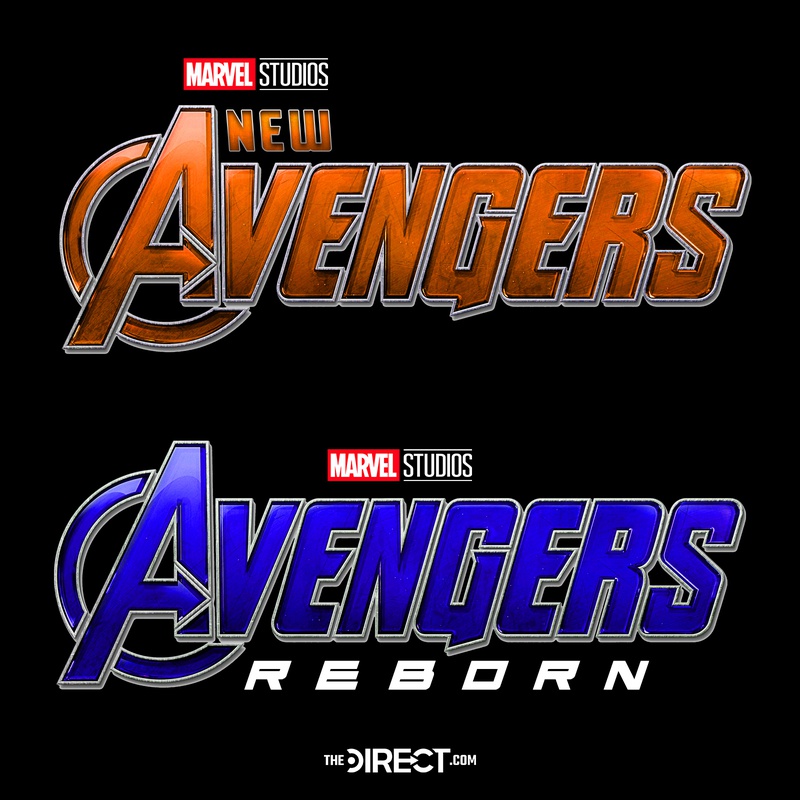 Considering that the Infinity Saga has now come to a close, Phase 4 marks a new beginning for the entire MCU. With that in mind, it only seems fitting that the title of the next Avengers film will either be New Avengers or Avengers: Reborn. In a way, these titles should serve as a reminder of a brand new chapter while also referencing the new roster of heroes.

There is no doubt that Avengers 5 being titled as New Avengers or Avengers: Reborn will indicate a reset for the Avengers franchise, with multiple new heroes joining the team. Avengers: Endgame served as the final bow of some of the original members of Earth's Mightiest Heroes, with Tony Stark and Natasha Romanoff making the ultimate sacrifice and Steve Rogers receiving his happy ending. Not much is known if Smart Hulk, Thor, and Hawkeye will join the next iteration of the Avengers, but it's a safe bet that some, or even all, of them could answer the call to join the battle. Despite that, new members will be front and center with the likes of Captain Marvel, Black Panther, Spider-Man, and Doctor Strange taking the bulk of screen time moving forward.

By having either New Avengers or Avengers: Reborn as the potential title for the next film, the movie can more closely align with the overall theme of Phase 4 that seems to revolve around the idea of legacy. If anything, these names could also help less-seasoned superhero fans recognize the difference between the Avengers team during the Infinity Saga and this new iteration. 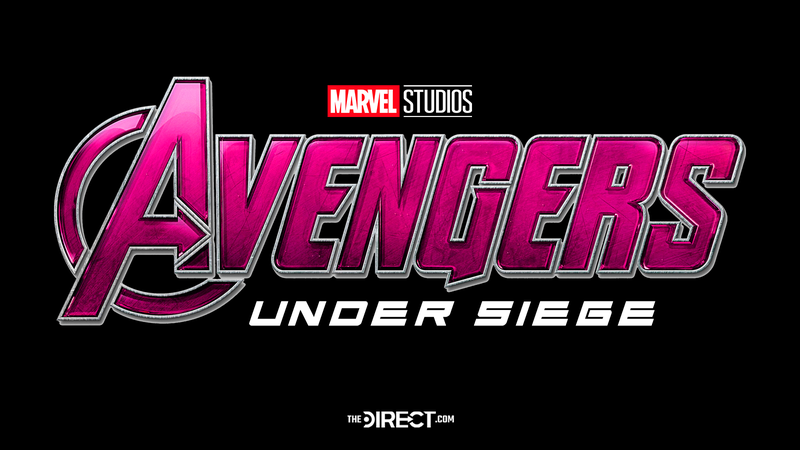 Another interesting title choice for the next Avengers film is Avengers: Under Siege. This is an intriguing option since it could pave the way for the live-action debut of the Masters of Evil, a supervillain team usually led by Baron Zemo. A supervillain team going up against the Avengers team has never been done before in the MCU, and Avengers 5 is the most fitting film to adapt the storyline.

In the comics, Under Siege revolved around the Masters of Evil attacking the Avengers Mansion. A similar route could take place in the MCU, but with its own take to accommodate the interconnected narrative. After the devastating events of what's to come with Captain Marvel 2's Secret Invasion, the heroes are vulnerable and don't know who to trust (even after eradicating the Skrull threat). This would provide an opportunity for Zemo to gather past MCU villains to map out a plan to attack the Avengers headquarters or each hero separately. At this point, the team isn't intact since they are not entirely a team yet and they are unfamiliar with one another. It remains to be seen if Zemo still wants to exact revenge on the Avengers. However, with Zemo seeing a new incarnation of the team, it could provide him a new reason to go after the Avengers while also bringing along past enemies of the heroes.

By adapting the Under Siege storyline, the movie provides an effective way to establish the first incarnation of the Thunderbolts while also forcing the heroes to work together as a team similar to the first Avengers film. If anything, the possibility of seeing the Avengers go up against the Masters of Evil on the silver screen is an enough reason to entice fans. 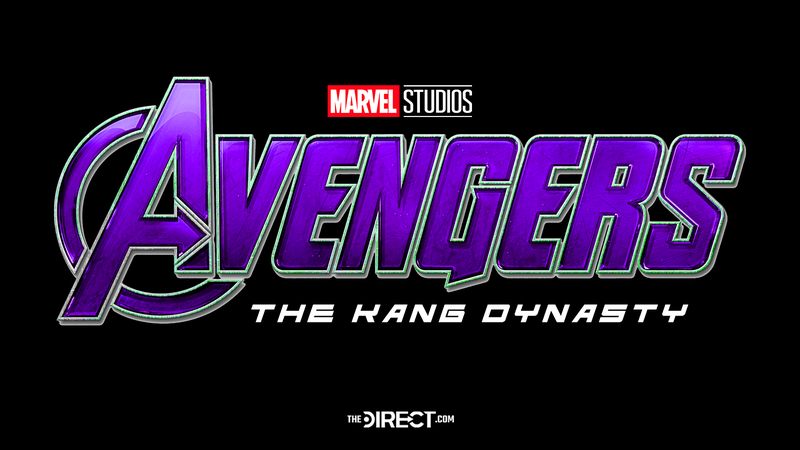 It is heavily rumored that Kang might show up in the Loki Disney+ series. On top of that, the presence of the multiverse looms large due to Doctor Strange in the Multiverse of Madness. As a result, Kang and his time-travel shenanigans could play a heavy role in the next Avengers film, thus paving the way for the movie to be named as Avengers: The Kang Dynasty.

In the comics, there are various iterations of Kang, ranging from Immortus to Iron Lad, and the main reason behind the character's multiple identities is due to his time-travel adventures. Avengers: Endgame already introduced the concept of time-travel, and it's a sure bet that this is not a one-time thing. It's worth pointing out that the consequences of the team's actions during Endgame haven't been explored that much, and the introduction of Kang should serve as the embodiment of time-travel repercussions. In any case, this would make sense because of Kang's knowledge of the future. Knowing the massive effect of the that the Skrull's invasion will have on the Avengers, Kang would choose to attack the heroes at their most vulnerable.

Kang serving as the villain for Avengers 5 could serve as the ultimate payoff of the lingering concepts (multiverse, other dimensions) within Marvel's Phase 4 and, potentially, Phase 5. 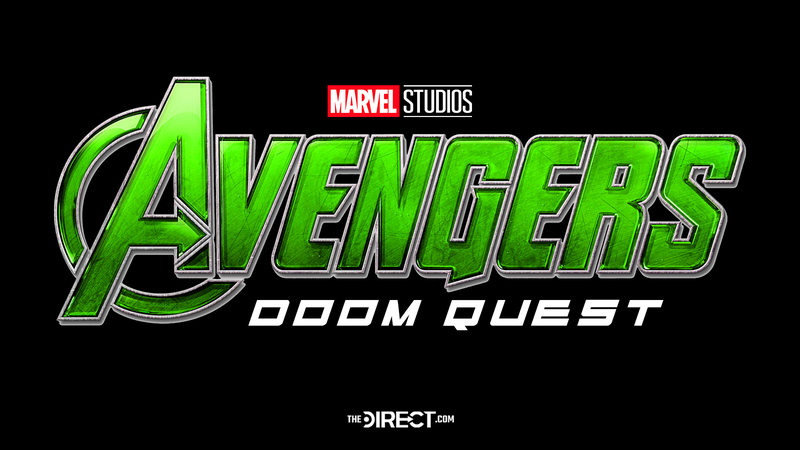 Not much is known about the debut of Doctor Doom in the larger MCU, but one way for Marvel Studios to introduce him could be by pitting the villain against the Avengers team. It has already been rumored that Phase 4 will plant the seeds of Doom's introduction, with Latveria potentially involved in some form during WandaVision, and the possible introduction of Lucia Von Bardas. This could mean that Doom's debut is not far behind, and so a proper title for an Avengers/Doom storyline is Avengers: Doom Quest.

Although Doom Quest is an Iron Man comic book title, it has a very nice ring to it. In addition, this doesn't mean that the plot for Avengers 5 will focus on the original storyline from the comics, but it could instead revolve around another Doom-focused story: Emperor Doom: Starring the Mighty Avengers. In the original Emperor Doom storyline from the comics, Victor Von Doom managed to enslave the world's population with the use of a mind-controlling villain, The Purple Man. The MCU already had its fair share of retconning major storylines from the comics, and they could also do the same for this one. Marvel Studios can choose to dive into the mystical background of Doom instead, effectively placing the villain as a formidable threat to the heroes. Avengers: Doom Quest could stay true to its title by recounting Doom's journey to superhuman supremacy, which is similar to what Infinity War did to Thanos.

All things considered, Doom Quest has the potential to provide a proper introduction for the character while also setting up more stories moving forward.

Do you agree with our picks? Let us know which title do you think is the best fit for Avengers 5 below!