Avatar 2 Cast & Characters: 16 Main Actors and Who They Play

James Cameron's long-awaited follow-up to Avatar has finally hit cinemas. A lot has changed in the 13-year break between movies, including the cast members and characters in Avatar 2.

Avatar: The Way of Water is a direct sequel to the 2009 film. The plot continues the story of Na'vi clan members Jake Sully and Neytiri, who have become parents to quite a sizeable family over the years.

This sees a range of fresh faces take a dive into the waters of Pandora, with both new and returning Avatar 2 cast members appearing in the film.

Of course, given that Cameron chooses to use performance capture, it can be difficult at times to tell who each of the new Avatar 2 characters is and which actor is behind the special effects.

Warning - The rest of this article contains spoilers for Avatar: The Way of Water.

Avatar: The Way of Water - Every Main Character & Actor

Returning in the main role of Jake Sully for Avatar: The Way of Water is Australian actor Sam Worthington.

Following the events of the first film, Jake Sully is firmly established in his Avatar body and leads the clan of Na'vi known as the Omatikaya. Since audiences last saw Sully he has become a father of four and settled into his role as both a leader and a parent.

Despite this, Jake continues to wrangle with his human past and it's not long until his old enemy, Colonel Miles Quaritch returns with a vengeance, forcing the Sully family to abandon the forest and seek shelter with the water tribes of Pandora.

Jake would be nothing without his other half, Neytiri, who channels her warrior spirit into becoming a fierce and protective mother of her children.

Early on in Avatar 2, Neytiri is forced to part ways with her clan, and the forest she grew up in, in order to escape human persecution.

Actress Zoe Saldaña returns to play Neytiri in the Avatar sequel and will continue her penchant for alien characters in 2023's Guardians of the Galaxy Vol. 3.

Frequent James Cameron collaborator Kate Winslet received a lot of attention for her role in Avatar: The Way of Water, particularly after it was revealed she held her breath for seven minutes during filming, breaking a record held by Tom Cruise.

The character she endured this challenge for is Ronal, a new face in Avatar 2. Ronal is the Tsahik, or spiritual leader, of the Metkayina clan and a mother of two children, soon to be three.

Winslet's character is initially wary of the Sully family but eventually takes a liking to their adopted daughter, Kiri, after she displays an impressive connection to the sea life on Pandora.

Similar in status to Jake Sully, Tonowari is the Olo'eyktan (leader) of the Metkayina tribe. He is the mate of Winslet's character Ronal and the duo are parents of two children, Ao'nung and Tsireya.

When the Sully family arrives at the oceans of Pandora, it's Tonowari who makes the decision to offer them sanctuary, but he must then deal with the repercussions of that decision when the humans attack his home. 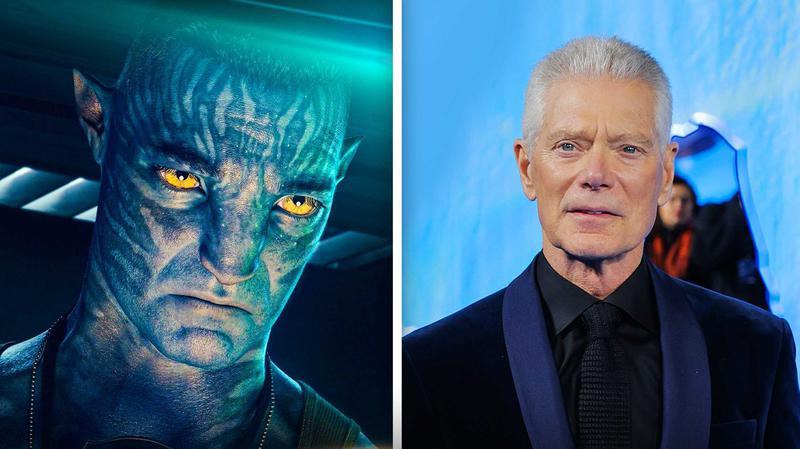 Making a surprising return to the Avatar 2 cast is Stephen Lang, whose character, Colonel Miles Quaritch, seemingly met his end in the first movie.

Quaritch was originally the head of security for the RDA on Pandora but was killed in a fight against Jake and Neytiri in Avatar. It's quickly revealed in The Way of Water that Quaritch's memories were uploaded before he died and a new Avatar host body was created for him in order to continue his mission.

That mission remains the same in the sequel: to eliminate Jake Sully. However, along the way, Quaritch meets his long-lost human son, Spider, who he eventually forms a bond with.

Best known for her portrayal as Carmela Soprano in The Sopranos, Edie Falco joins the cast of Avatar 2 in a relatively minor role.

Falco stars as General Frances Ardmore, the commander in charge of ensuring the RDA fulfills its new primary goal: securing Pandora to make it sustainable as humanity's new home. To do this, Ardmore recruits Colonel Quaritch to take down Jake Sully, who has rallied the Na'vi to fight back against RDA forces and thwart their supply chains.

Sigourney Weaver is another returning Avatar cast member, but she has a surprising new role in the sequel.

Weaver once portrayed Dr. Grace Augustine, the scientist who lead the Avatar program on Pandora and fostered relationships with the Na'vi people.

After Grace's demise in the first movie, Weaver returns as a new character, Kiri, the 14-year-old biological daughter of Grace's Avatar body. Thanks to Jake and Grace's friendship, Kiri is adopted into the Sully family.

Kiri struggles with her outcast status throughout the movie and seeks more knowledge about her birth mother. She's able to get some information after swimming with the Metkayina clan and connecting to their underwater Spirit Tree but it results in her having a violent seizure.

The oldest biological son of Jake and Neytiri is Neteyam, played by The School For Good and Evil actor Jamie Flatters.

Neteyam is constantly pressured by the expectations of being the elder brother, with his father demanding he protect his siblings. Neteyam eventually takes this order to his grave after he's tragically shot in a battle against the RDA while trying to save his family.

The second sibling in the Sully family is Lo'ak, played by Britain Dalton, who becomes one of the major Avatar 2 characters.

Lo'ak is often seen as the troublemaker of the family and has inherited Jake's reckless nature, which results in a tense father-son relationship.

In Avatar: The Way of Water, Lo'ak forms some of the strongest bonds with the Metkayina clan, striking up a close friendship with Tsireya. He also connects with the outcast Tulkun whale, Payakan.

The youngest of the Sully siblings is Tuktirey, affectionately known as Tuk, who is portrayed by Avatar 2 cast member Trinity Bliss.

Tuk is closest to her sibling Kiri, who acts as her friend and mentor in the sequel. At only seven years old, Tuk is too young to accompany her family on their more dangerous missions, but she still finds herself at the center of plenty of action.

While audiences may know Jack Champion from his blink-and-you'll-miss-it cameo in Avengers: Endgame, the actor has a larger role to play in Avatar 2.

Miles Socorro, aka Spider, is the only human child in the Sully family. The son of the late Colonel Quaritch, Spider is desperate to fit in with his Na'vi siblings but faces resistance from their mother, Neytiri, who is reluctant to accept him.

During Avatar: The Way of Water, Spider is abducted by his real father, Quaritch, and used as a tool to track down the Sully family. They form a rocky relationship, but Spider eventually chooses to save Quaritch rather than let him drown, setting up an interesting new dynamic for Avatar 3.

Reya is a free-diver and dutiful daughter of the Metkayina tribe but finds her loyalties tested when she becomes close to Jake and Neytiri's son, Lo'ak.

Canadian star Filip Geljo is the actor behind Ao'nung, the other child of Ronal and Tanawari.

Ao'nung is probably best remembered in Avatar 2 as one of the teenagers who bully Kiri, which initiates a fight with Lo'ak and Neteyam. Eventually, he becomes a friend to the Sully children and offers to help Lo'ak retrieve his captured Tulkun.

One of the supporting Avatar 2 characters is Rotxo, portrayed by Duane Evans Jr. Rotxo is known for being a close friend to Ao'nung, and is involved in the fistfight with the Sully siblings.

Like his friend, he becomes amicable with the Metkayina's Na'vi visitors and joins them as they learn to free dive.

Brendan Cowell made his Avatar debut in The Way of Water as Mick Scoresby, a side villain in charge of the RDA's tulkun hunting efforts. The character also serves as the captain of a large-scale marine hunting vessel, the SeaDragon.

In the sequel, Scoresby helps Quaritch on a tulkun hunt to draw Jake out of hunting, effectively making him enemy #1 of the Metkayina clan since they have a close bond with the tulkuns.

In Avatar: The Way of Water, Jemaine Clement plays an RDA field researcher named Dr. Ian Garvin, who is the RDA's field researcher on Pandora's xenomarine biology. Garvin acts as Mick Scoresby's consultant in his tulkun hunting efforts due to his vast knowledge of Pandora's oceans.

Garvin has no choice but to participate in Scoresby's tulkun hunting since the RDA has threatened to shut down his laboratory if he doesn't join the oceanic quest.

Which Characters Will Return in Avatar 3?

The gap between the first two Avatar movies may have been long, but things are set to change from now on. With filming already wrapped and a reported 9-hour first cut floating around, Avatar 3 is already speeding toward its 2024 release date.

Given the franchise's focus on the "importance of family", it's likely we'll see a large number of the Avatar 2 cast return for the threequel.

This of course excludes characters like Neteyam, who met his end in Avatar 2. However, a number of actors including Worthington, Saldaña, Lang, and Weaver are listed as returning in the next film.

There will likely also be some new characters to meet in the next Avatar movie, but until 2024 rolls around Avatar 2 has enough names to remember.

Avatar: The Way of Water is in cinemas now.