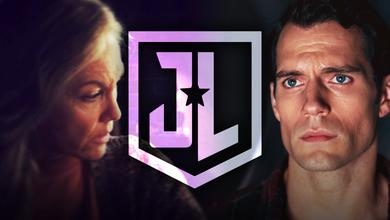 Social media has been more active than ever in recent weeks promoting behind the scenes looks at Justice League in anticipation of the Snyder Cut's release in 2021. Just a few new photos posted to various platforms have included looks at Ray Fisher's Cyborg with Ezra Miller's Flash and Gal Gadot relaxing next to the Batmobile.

The retelling of this team-up movie is set to bring in dozens of characters from all over the DCEU, some who weren't even included in the original cut, like Jared Leto's Joker. That being said, some of the original cast members will be returning for the Snyder Cut as well, such as Amber Heard's Mera, and a new Instagram post has confirmed another actress who has been involved with the DCEU since the very beginning.

Justice League cinematographer Fabian Wagner took to Instagram to release a new look behind the scenes of the DCEU movie centered around Diane Lane as Martha Kent. Wagner included the caption "Cheeky snapshot of the beautiful Diane Lane. Amazing woman and so lovely to work with. Can’t wait to see that scene..." with the picture below, which was likely captured during shooting for the original cut in 2016:

This is an exciting new look at Diane Lane during the filming for Justice League, especially considering how important her role was in the original cut with her son Clark being brought back from the dead by his superhero teammates. There is also a chance that Henry Cavill's Superman is the person in front of her in the picture, although it's tough to tell for sure with the dark lighting and a slightly blurry image outside of Lane.

Martha Kent has been featured in three previous installments of the DCEU, including both Man of Steel and Batman v Superman: Dawn of Justice before her appearance in Justice League. Diane Lane only appeared for about two minutes of screen time in the major crossover movie, but now that the Snyder Cut will consist of four one-hour long episodes, it will be interesting to find out how much her story will be expanded on alongside the superhero team.

The Snyder Cut of Justice League is set to release on HBO Max sometime in 2021.