Bryce Dallas Howard has become a mainstay in the Star Wars universe as she continues her impressive career in Hollywood. While she’s best known as an actor for roles in movies like Spider-Man 3, Rocketman, and the Jurassic World trilogy, Lucasfilm has allowed her to expand her resume with credits as a director as the galaxy far, far away moved to Disney+.

Her work on the streaming network has been an overwhelming success for Lucasfilm, starting off with Chapter 4 of The Mandalorian in 2019 as she worked herself into the Star Wars family. She was then brought back to direct Chapter 11 the following year along with an episode of The Book of Boba Fett in 2021, and reports have indicated that she already has more on her plate for the Mandoverse’s future.

And now, Howard also gets the chance to flex her acting chops for the first time with Lucasfilm, as she confirmed in her latest post on social media. 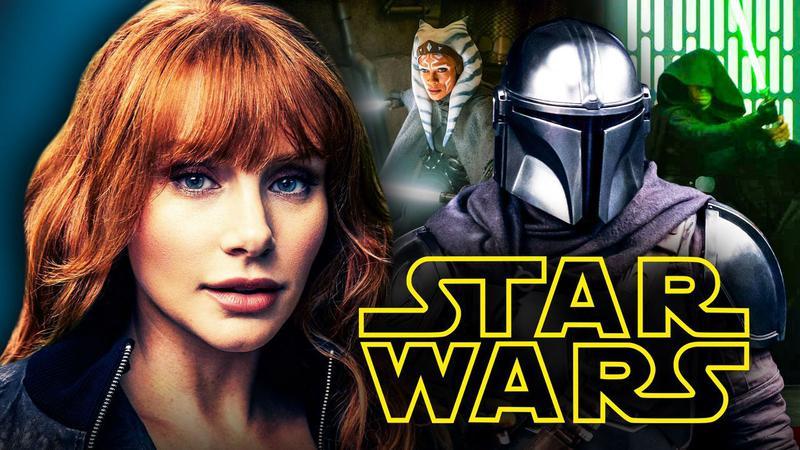 Star Wars director Bryce Dallas Howard revealed on Twitter that she was cast in a voice role for the upcoming animated short series, Tales of the Jedi. She will play the role of Yaddle, a character of the same species as both Yoda and Grogu.

Howard included the following caption, thanking producer Dave Filoni for allowing her this opportunity to voice a character in the Star Wars universe:

"Meet Yaddle in Tales of the Jedi — voiced by me *squeal* — streaming this Wednesday, October 26 only on Disney+. Thank you Dave Filoni for making this dream come true"

Howard previously directed Chapter 4 and Chapter 11 of The Mandalorian and Chapter 5 of The Book of Boba Fett on Disney+.

Although Bryce Dallas Howard has made her name with Star Wars on the directing side for the past three years, she hasn’t left her days as an actor behind her. Now, she cements her place in the Star Wars legacy even further with her first voice-acting role in Tales of the Jedi, which already boasts an all-star team of cast members across the board.

Considering how busy she is as a director, it seems only logical that her work on the acting side is more minimal, with these shorts only consisting of about an hour of footage in total. It’s unclear how many episodes she’ll play a role in, but with Yaddle being seen in the trailer for the series, she’ll be a key player to watch out for in the proceedings.

Following this effort, Howard will be hard at work getting ready for her next efforts in The Mandalorian Season 3, although there are no indications towards when her next episode of work will make its debut. But for now, fans can look forward to her efforts in Tales of the Jedi, which is already receiving rave reviews as the next animated entry in Star Wars lore.

Tales of the Jedi will premiere in full on Disney+ on Wednesday, October 26. The Mandalorian Season 3 will then arrive in February 2023.