Promotion for Wonder Woman 1984 has continued to ramp up, following its revised theatrical release date of October 2, 2020. This has led to new interviews, merchandise, and images relating to WW84 being released, providing new details of what's to come.

Director Patty Jenkins has spoken about the future of the franchise , including the possibility of an Amazons-centric spinoff and that her and Gadot have ideas for a third film.

Junior novelizations based on the film have also already been released , providing spoiler-filled information about several significant aspects of the film's events and characters. WW84 's promotion has not been shy about releasing production stills either, which have provided new looks at several of the film's costumes.

A new production still has now released, providing a look at one of the scenes from the initial trailer ... 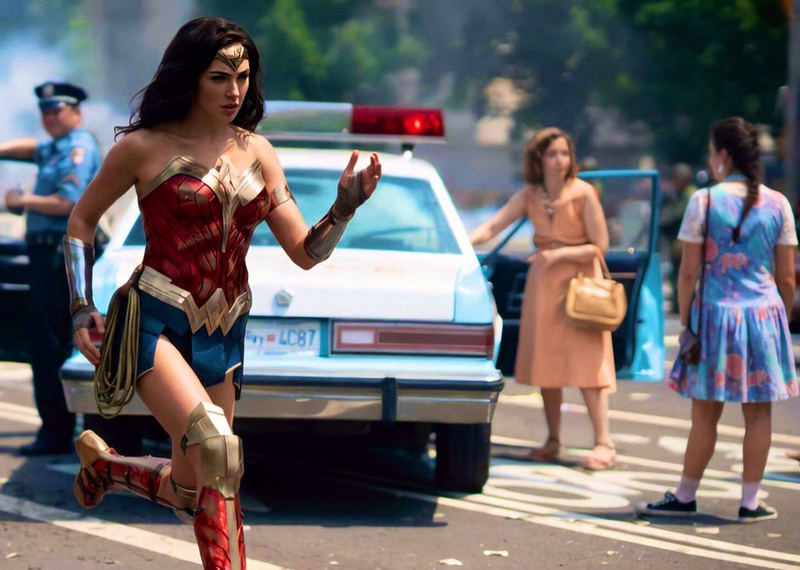 This image gives a new look at a scene previously shown off in the WW84 trailer , depicting Diana running into a crowded area where some sort of trouble has taken place. This follows a moment where Diana and Steve Trevor are seen in the same location in pedestrian outfits. It is unclear when this moment will occur in the film, but the presence of Steve before the events of this image suggest that it could take place somewhere in the middle of the film.

The presence of a police car alludes to carnage that is beyond the capabilities of law enforcement. Therefore, this forces Wonder Woman to run into action.

Pedestrians also line the street, presumably stopped by whatever commotion lies ahead. They, however, do not seem too afraid or panicked by the chaos. This suggests a low-level threat being the subject of this encounter, possibly in the form of an early run-in with Barbara Minerva's Cheetah.

Whoever Diana is running towards in this picture will be revealed when Wonder Woman 1984 hits theaters on October 2, 2020.