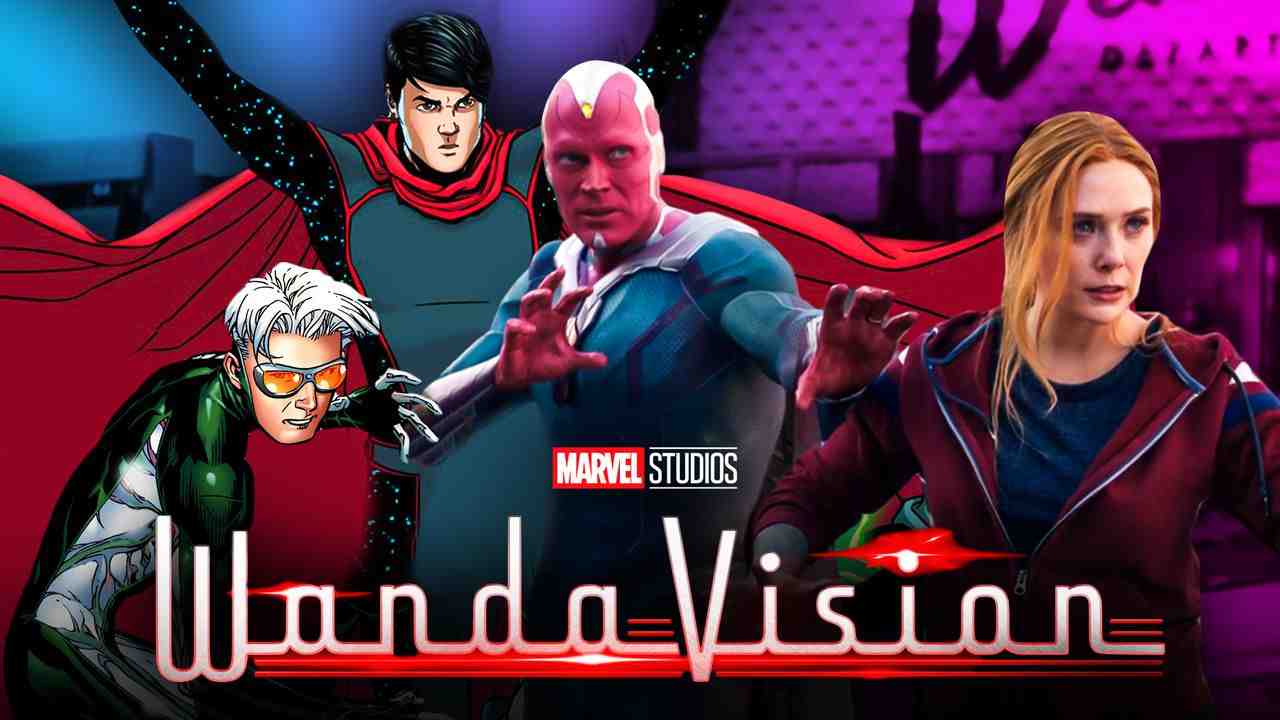 Recent evidence shows that Julian Hilliard and Jett Klyne, who played Billy and Tommy respectfully in WandaVision , were in the U.K. when production for Doctor Strange in the Multiverse of Madness began . Additionally, the twins were rumored to appear in this Doctor Strange sequel alongside their mother , so it's safe to assume that these young actors won't be gone for long.

However, it was a surprise for fans not to see Tommy and Billy age up one last time into teenagers to match their comic counterparts and inevitable appearance as Young Avengers .

THE TWINS WHO DON'T GROW UP

Speaking with Entertainment Tonight , director Matt Shakman was asked several questions about WandaVision and the finale, some of which pertained to Wanda's twins.

Considering Shakman's own past as a child actor in Just the Ten of Us , he was asked whether it had informed how he directed child actors in the cast like Julian Hilliard and Jett Klyne.

Shakman said that he's “...deeply empathetic having gone through the experience:"

"I'm deeply empathetic having gone through the experience -- I know how it feels -- and so I try to make it as fun and as comfortable as possible. I remember how I felt around directors that I admired and the tone that they created when I was a kid, and I want to try to create a similar tone.”

Shakman also clarified “...that's true for everybody, though. I think that's true for kid actors and adult actors,” and that it's important for any director “...to create the proper tone on set where you feel like you can take bold risks.”

Comparing it to improv, Shakman said that no matter the age of the actor, “Everyone needs to feel permission to try things:”

Shakman was also asked why Tommy and Billy never grew older than ten years old to match their teenage counterparts in the comics. The lack of another age-jump was due to not wanting Wanda to miss out on their entire childhood and to give audiences a chance to connect with these characters:

“No, we wanted to keep them at that age. Wanda has obviously missed out on the first 10 years of their life [which] went by really fast, so we didn't want to deprive her of even more time with them.

Additionally, Shakman felt that audiences wouldn't be able to connect with the twins if they constantly kept changing actors as they aged up:

“And once we got to know them, we had so little screen time with 10-year-old Billy and Tommy that we wanted to take advantage of what we did have to get to know them really well as people. There's so much innocence there.”

Shakman also noted that “To have them [the twins] age up one more time, I think, would have been unfair to those actors and those characters.”

AGE UP IN DOCTOR STRANGE?

It seems abundantly clear that Julian Hilliard and Jett Klyne will appear in Doctor Strange in the Multiverse of Madness , but it's unclear whether they will age up one last time in this film.

There haven't been any rumors of an older Tommy and Billy's casting, meaning they could easily remain ten years old by the story's end.

This would make sense since Xochitl Gomez, who isn't much older than either Hilliard and Klyne, was cast as America Chavez in the Doctor Strange sequel . Funny enough, in the comics, Chavez is one of the older members of the superhero group. It might be that the Young Avengers will start much younger than expected and grow up into teenagers just in time for their eventual debut as a team .