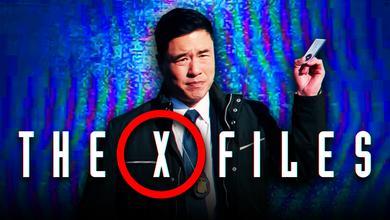 Despite only having a minor supporting role in Ant-Man and the Wasp, Randall Park's Jimmy Woo left a huge impression on fans. Although quite different from his more no-nonsense and competent counterpart in the comics, Park's charm won fans over, with hopes that he'd reappear more in future films or shows.

Fans got their wish when it was announced that Randall Park would be joining the cast of WandaVision alongside Kat Dennings' Darcy. However, fans still hoped that Jimmy Woo would have a larger role in the MCU moving forward, especially given his prominence in the comics beyond a simple FBI agent.

Some fans have now pushed for him to star in his own spin-off show, which Randall Park was flattered to hear.

Speaking with Entertainment Weekly, Randall Park, who plays Jimmy Woo, was asked about whether he'd want to star in a spin-off show based on The X-Files where the FBI agent drives around solving Marvel-related phenomena.

Park responded enthusiastically, “I heard that! Of course! That would be so cool.” In fact, Park would take any chance at working in the MCU again “in a heartbeat,” since he loves the universe and the people working on it:

“Really, if they called me up for anything, I would do it just because I love the Marvel universe and also the people are so great. They're so talented and smart and really nice people. So any chance to work in the Marvel universe again, I'd take it in a heartbeat. But if it ended here, I'd be very thankful — especially being a part of this show.”

It's apparent that Randall Park is willing to stick around for years to come, so the question comes down to where Jimmy Woo will go next after WandaVision. Most fans already assume that Woo will eventually join or even help establish Agents of Atlas, a team that consists of mostly Asian and Asian American superheroes, which include Aero, Shang-Chi, Amadeus Cho, Wave, and, of course, Jimmy Woo.

Randall Park could very well get his wish, especially with Marvel President Kevin Feige planning to incorporate a Southeast Asian superhero into the MCU, who themselves could join Atlas. Fans are already predicting that this team is being set up in Shang-Chi and the Legend of the Ten Rings by partially taking place in San Francisco, which is where the team operated in the comics.