WandaVision Creator Teases Her Next Projects With Marvel & Disney 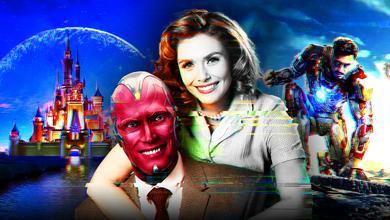 Marvel Studios kicked off 2021 to the same rave reviews the studio has seen for more than a dozen years already, even as it took its first steps into the world of original streaming content. Thankfully, the first entry of this was Elizabeth Olsen and Paul Bettany's WandaVision, which gained overwhelming success by combining a tribute to American sitcoms with the classic MCU drama and action.

Marvel writing regular Jac Schaeffer led the way after co-writing 2019's Captain Marvel and 2021's Black Widow, continuing her excellent work with another female hero in the Scarlet Witch. Not long after this show came to an end, Schaeffer was signed to a lucrative three-year deal with Marvel Studios and 20th Television, developing projects for various platforms.

In her first discussion about this deal, Schaeffer teased some of what she's excited for with her future in the MCU.

WandaVision head writer Jac Schaeffer spoke to The Hollywood Reporter about what's coming next for her after signing a three-year deal with Walt Disney Studios.

First touching on her work with WandaVision, Schaeffer noted that the series was "always designed to feel like the run of a comic" considering the emotional stakes that came with its ending.

As for what's on the horizon, Schaeffer admitted enjoying her "experience with a weekly drop" where the story has a chance "to shock and surprise everybody," keeping anticipation high from week to week. She also teased that it's her "hope to provide more of that" with her upcoming work in the Disney bubble:

“WandaVision was my first experience with a weekly drop where you have the opportunity to shock and surprise everybody and have them lean in and be excited to tune in next week. And it's my hope to provide more of that.”

While it's unclear what exactly Schaeffer is teasing with these quotes, the best guess is that she could be in line for more work in the Disney+ streaming sphere.

WandaVision has already gained plenty of praise and adulation for its nine-episode run, largely due to the work Schaeffer put forth to give Wanda and Vision the story they deserved. With the series winning numerous awards and hoping for bigger things at the 2020 Emmys, Schaeffer's hard work paid off in a big way, setting her up for an extended run with Marvel and Disney.

Every Disney+ outing for the MCU already has a writing and directing staff set, but new projects seem to always be in the works for the ever-expanding universe over the next few years. Wherever Schaeffer finds herself next with Marvel or Disney as a whole, she will have a chance to continue providing excellent storytelling no matter whose story she helps tell next.

All nine episodes of WandaVision are now available to stream on Disney+. Black Widow will release in theaters and on Disney+ via Premier Access on July 9, 2021.