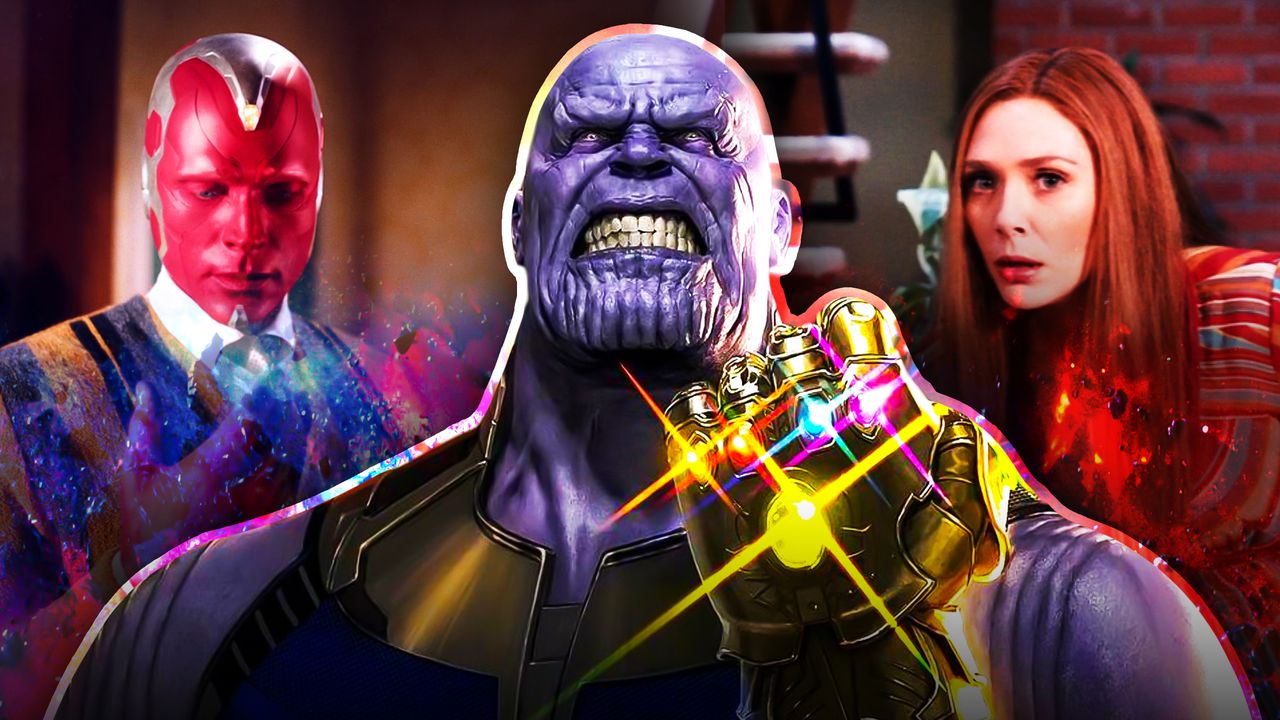 There's this little show airing on Disney+ that is quite the center of attention these days. This show in particular is even growing to become one of the most audience demanded television shows currently available--and it's only been 3.5 weeks.

Of course, the show I'm talking about is no other than WandaVision. The show has captured the attention of millions of people around the world, along with creating millions of more questions. Every week viewers are scrambling to explain what in the world is going on, and what might be around the next corner.

A popular fan theory going around the internet involves that of the Infinity Stones, and that they somehow have something to do with everything going about. Fans have pointed out set designs invoking their imagery and likeliness, along with colors used throughout the show. Some even think the fake commercials being show allude to their role in the proceedings.

However, it looks like all of that may now be put to rest. According to WandaVision's production designer Mark Worthington, simply none of that is the case.

In an interview with Brandon Davis at ComicBook, Mark Worthington discussed his work on WandaVision, going into detail about infusing references and details of the MCU's history into the show's sets:

"I think the obvious thing is you go back and you look at the films in which Wanda and Vision appear," Worthington told ComicBook.com. Those movies, of course, are Captain America: The Winter Soldier (post-credits scene), Avengers: Age of Ultron, Captain America: Civil War, Avengers: Infinity War, and Avengers: Endgame. "That's where you start because then you're looking at their environments and the logic of their characters and their story arc. So, you're looking at that first. Obviously, you're looking at the details of the world, but again, there was no sort of absolute template for that. We have to work within a visual world, which coincides with the MCU, obviously. But it also has to be distinct, which I think the creatives at Marvel wanted. They don't want this to be a copy of anything they've done. They want it to be adjacent to it. They want it to be in a continuum with it which was great."

Worthington then touched upon the idea of re-watching all the past movies before getting to work on WandaVision.

"I looked at maybe half of them again. I don't think you want to go back and go, 'Oh, we got to have that detail or that.' You want it in your head while you're thinking about the design for this story, so that some of that is inevitable now. It's in your design DNA because you're really familiar with it."

As for those popular fan theories regarding if/how the Infinity Stones are influencing the design of the sets on the show, Worthington had a pretty straight forward response.

"That people are finding that is absolutely valid. I certainly didn't have it consciously in mind because I'm thinking more about our story, right? That they are finding it is fantastic. The mythology of these sorts of franchises build up over time, within what we consciously do and then what the fans see and then what becomes the mythology about those two things together. And I think that's what makes them fun. So that, it's almost like this Talmudic tradition, right? Where it's a constant reinterpretation of this idea from different points of view, and it's all valid and it's all very interesting."


A trailer for 'Venom: Let There Be Carnage' was officially revealed.
A future Marvel project was rumored to feature Doctor Strange villain Shuma-Gorath.
Kevin Feige explained that he and Marvel Studios only want to continue building the legendary cinematic universe as long as they “can keep evolving it and changing it and growing it” to do “things [they] hadn’t done before.”

It would seem that you can now officially put all of those theories about the Infinity Stones to rest. This leaves everyone right back at square one--completely in the dark.

Well, not completely. We now know that SWORD is involved on the outside of The Hex, and that Wanda does in fact have some control over things. There's just a lot of whys that we don't even have the slightest clue about. Why did all of this happen in the first place? Is this truly all Wanda's doing? How will SWORD get through to her? What will become of Vision as he supposedly continues his journey to find the truth?

Perhaps it's best to not get too caught up in all of those overwhelming questions. Let's focus on the here and now--like what's up with Evan Peters' apparent recasting? His appearance was quite the surprise, especially as it may seem that he could be the first mutant to step foot in the MCU. Episode 6 is just over 24 hours away though, so hopefully answers aren't too far out.