Hot Toys is known for its highly detailed collectible figures from various different pop culture franchises, including the Marvel Cinematic Universe. Recent figures have depicted moments and characters from Avengers: Endgame , such as Loki and Captain Marvel , allowing fans to replicate iconic scenes from the film.

Hot Toys has even created several figures for legendary comic book writer and prolific partaker in cameo appearances, Stan Lee. These figures have depicted Stan in a more classic outfit than the comic book creative has worn, as well as one depicting his cameo appearance as a Watcher Informant in Guardians of the Galaxy Vol. 2 . The latter of the two was also a Toy Fair 2019 exclusive.

Hot Toys has now unveiled a new collectible figure of Stan Lee, portraying Stan the Man in an all-new outfit...

Hot Toys has now revealed a new collectible figure of Stan Lee, depicting him in his Sakaar Barber outfit from Thor: Ragnarok . This 1/6th scale figure will be "one of the 2020 Toy Fair Exclusive items only available in selected markets" and "features a newly developed head sculpt with stunning likeness" to Stan Lee himself. The figure's outfit is an "impressively detailed costume applied with natural weathering effects" in order to faithfully replicate the costume from the film.

The figure also comes with a variety of detailed accessories, including interchangeable devices for the trimming apparatus, removable glasses, a lock of Thor's hair, interchangeable hands and a display stand. 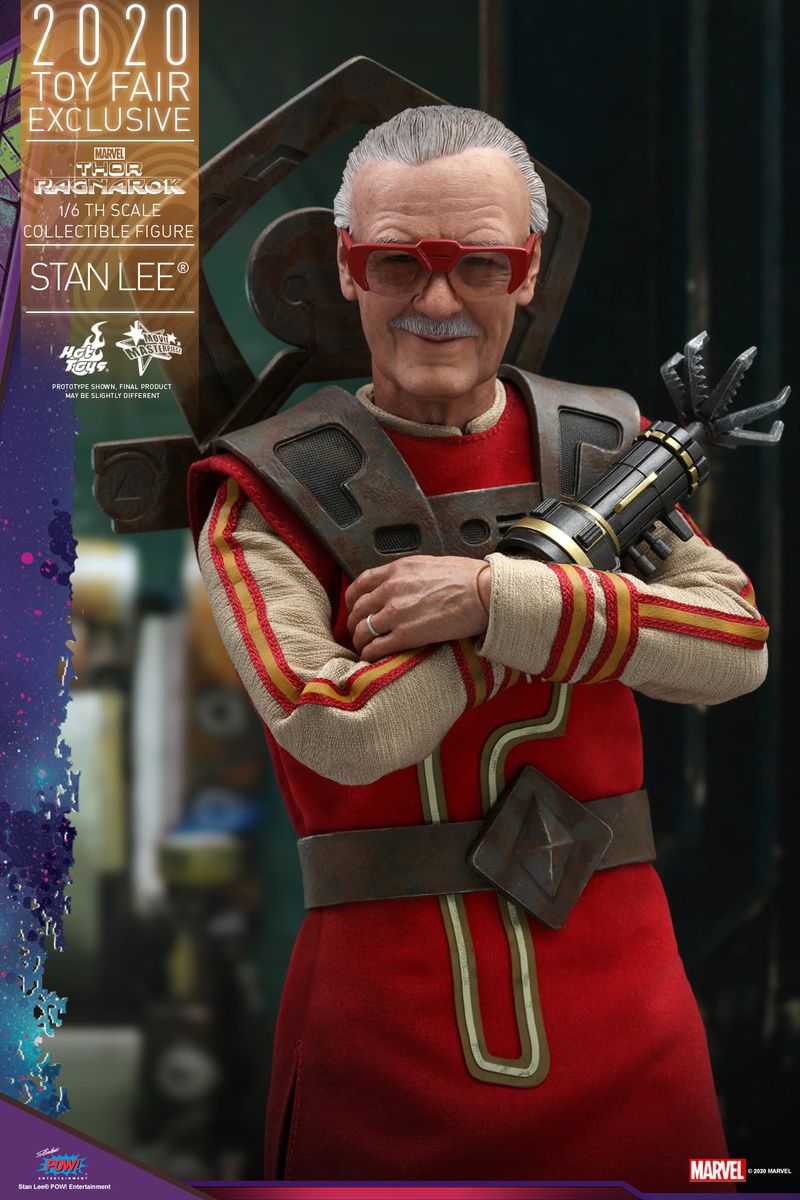 This movie-accurate figure captures Stan Lee's likeness as well as the cheeky personality of his character. 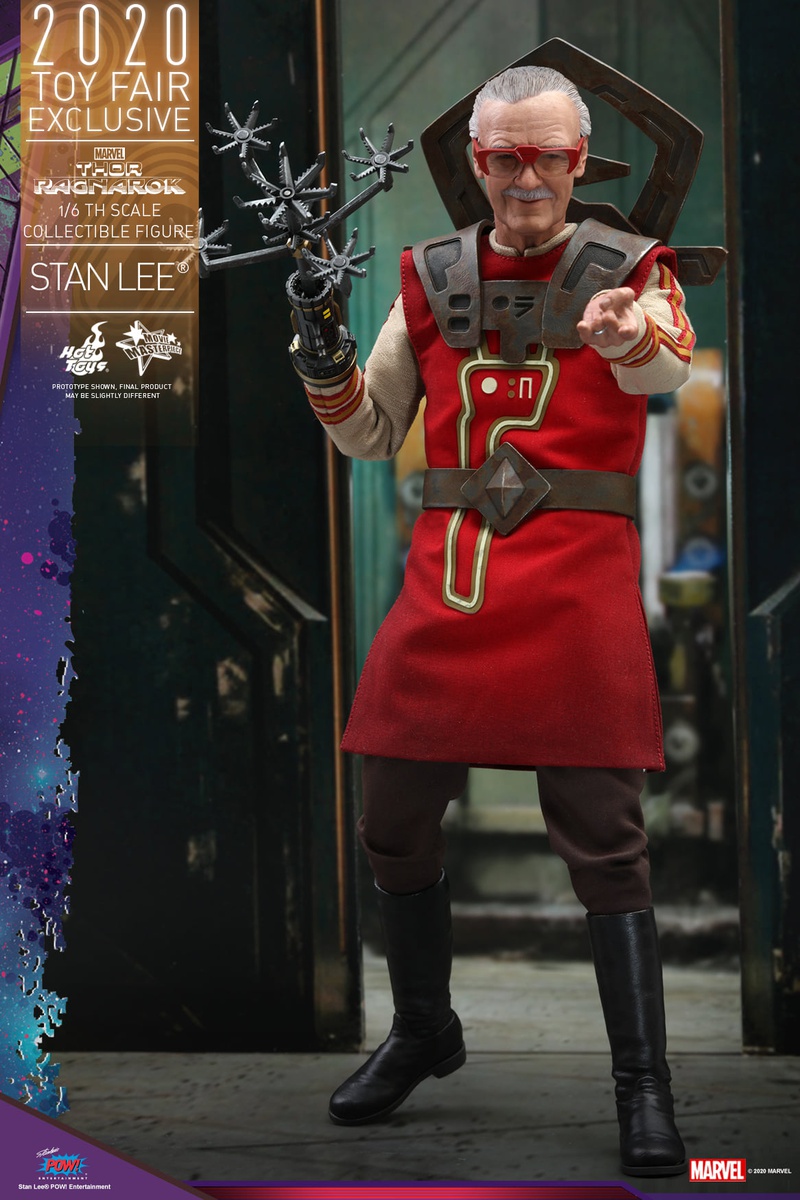 Stan Lee comes with various interchangeable hands, one of which being Spider-Man's iconic web-shooting hand pose. 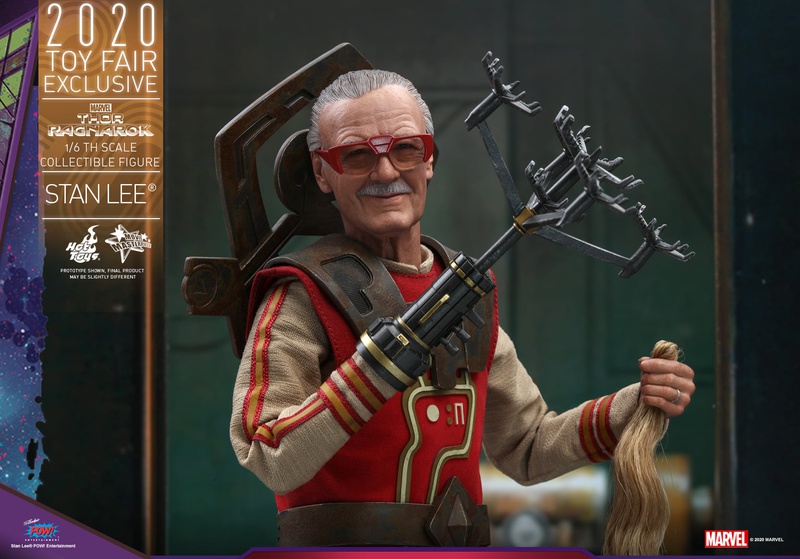 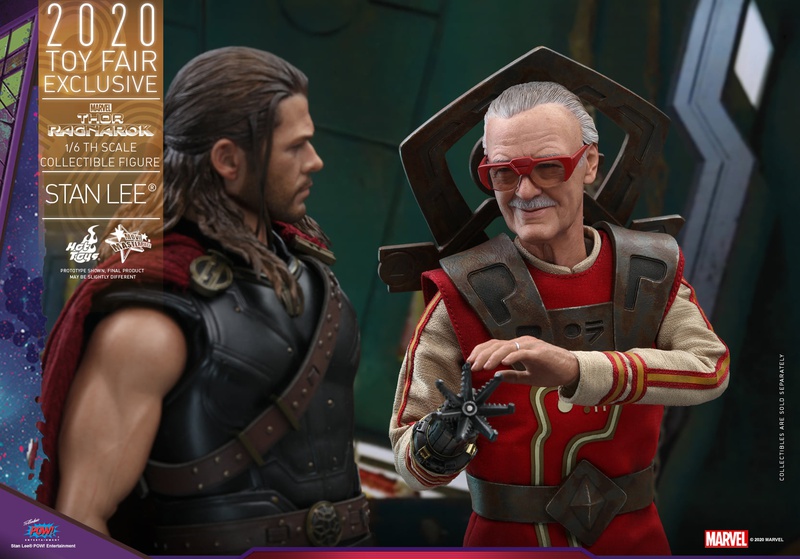 The Stan Lee figure can be combined with the Hot Toys Thor figure (not included), to recreate the iconic cameo: “Now don’t you move. My hands ain’t as steady as they used to be!” 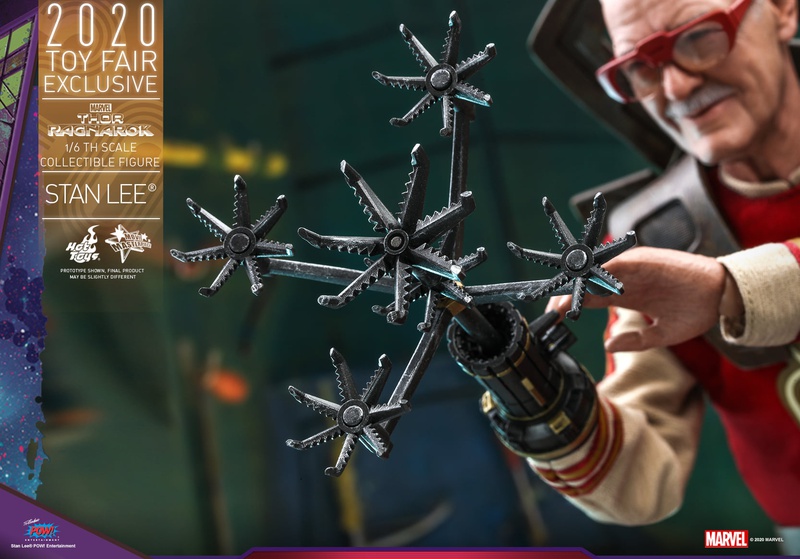 One of the accessories allows for the ability to turn the barber's tool into the terrifyingly chaotic version of the device. 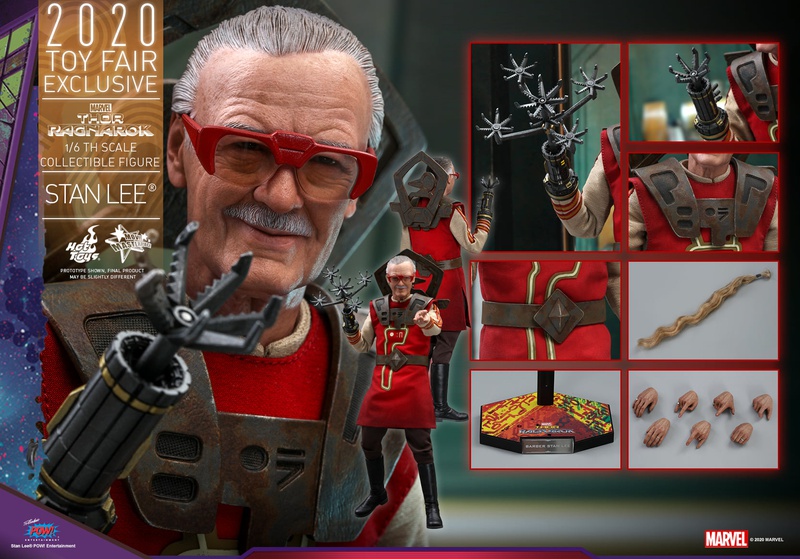 The collectible figure comes with a plethora of accessories to customize Stan Lee to your liking.

Hot Toys never disappoints with the attention to detail that is put into all of their figures, and this Sakaar Barber version of Stan Lee serves to be a mighty follow-up to its previous Watcher Informant variant. Given Stan's track record, it seems that his cameos will be a continuing trend for Hot Toys' future Toy Fair exclusives.

Although a release date has not been confirmed as of yet, collectors will want to keep an eye for when they can get a hold of this high-quality Hot Toys collectible.