It has been almost a year since Avengers:Endgame premiered in theaters, but fans still tend to look back on how the movie impacted them. Last week, a thread of reaction videos from the opening night viewing of the film went viral on Twitter which gave fans an opportunity to relive the emotions that they felt during their first viewing. Those videos even caught the attention of Marvel Studios president Kevin Feige when he tweeted that those experiences were both "a nice reminder of what we were all doing together almost exactly 1 year ago" and "a nice reminder of what we will all be doing together someday again." A hopeful message from Feige should ease the worries of MCU fans everywhere as everyone looks ahead to the upcoming Phase 4 amid the current schedule shift .

Moreover, it goes without saying that the highest grossing film in the box office still gets to release collectibles that are based on the movie nearly a year after its release. Hot Toys has consistently released several movie-accurate collectible figures from their Avengers: Endgame collection over the past months which include the likes of Iron Man, Black Widow, Thor, and Captain America. Now, a brand new figure has been added to the long list of characters from the collection.

Hot Toys, through their official Facebook account , showcased a brand new 1/6th scale Captain Marvel collectible figure from their Avengers:Endgame collection. The collectible figure features a newly developed head sculpt that is crafted after Brie Larson with her short hairstyle as well as closely resembling the hero's costume during the final battle. Moreover, based on Hot Toy's description , other features include "a specially designed body equipped with LED light-up function on both sides of the forearms, the iconic red and blue costume with gold star emblem on chest and sash around waist in movie-accurate perfection, multiple energy-blasting effect accessories wearable on arms and hands, LED light-up Nano Gauntlet painted and battle damaged effects, and a movie-themed dynamic figure stand for wide range of aerial poses." The figure is now available to pre-order on Sideshow Collectibles for $260. 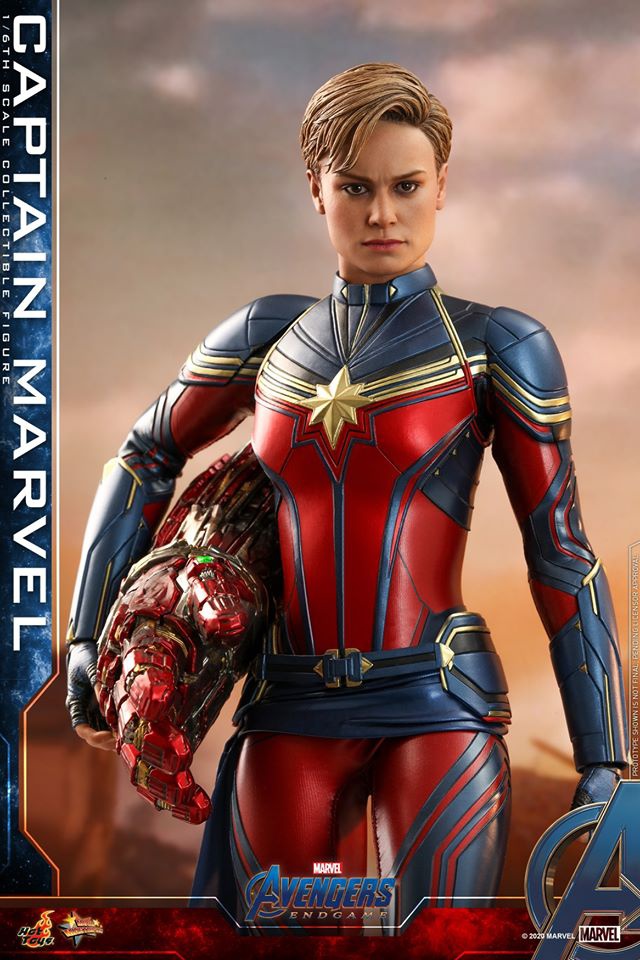 The battle damaged Nanotech Gauntlet is an amazing addition to the figure, and an added bonus is the fact that the Infinity Stones light up!. 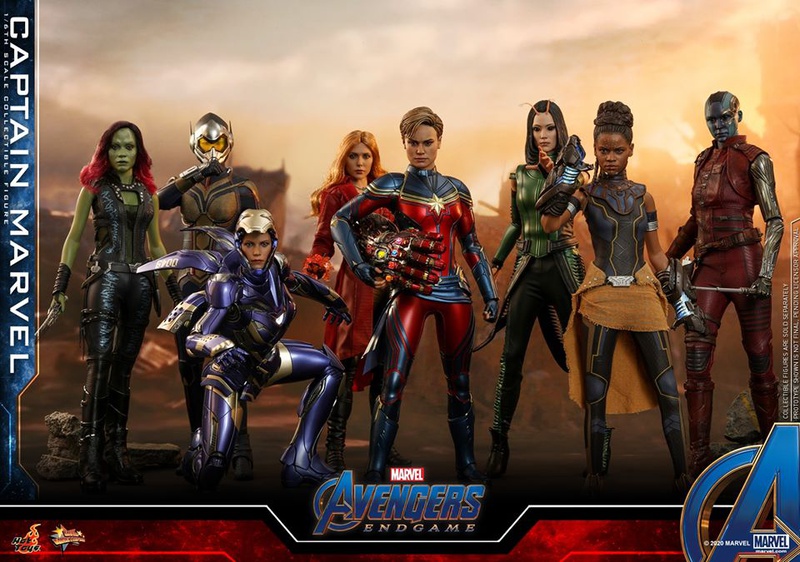 If you have other female hero figures from the Avengers:Endgame collection of Hot Toys, this Captain Marvel collectible figure is the perfect piece to complete the iconic female Avengers ensemble in the movie. 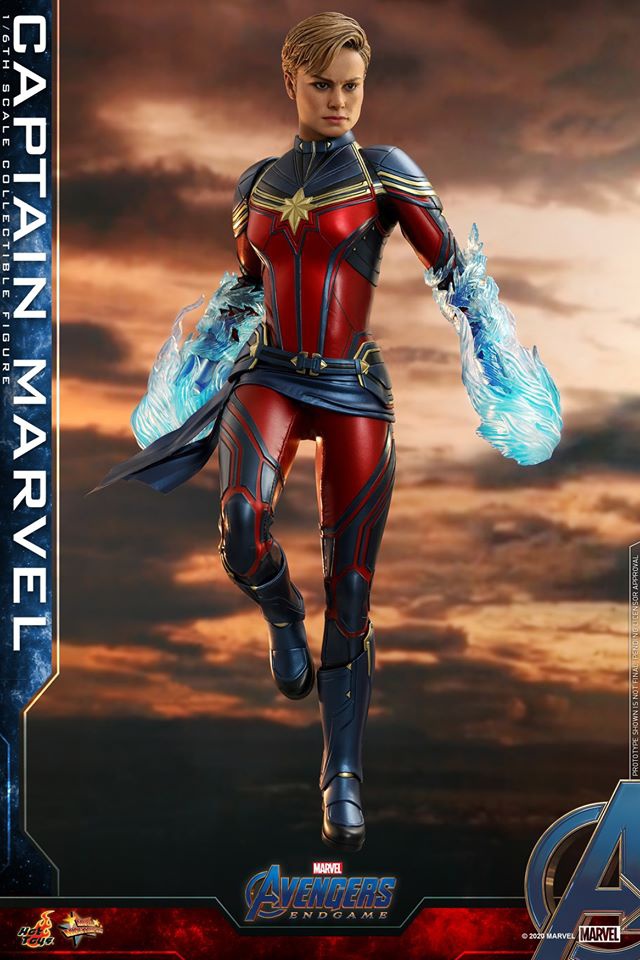 The set of energy blasting effect fists is a solid addition to the accessories as it resembles how much powerful Captain Marvel is! 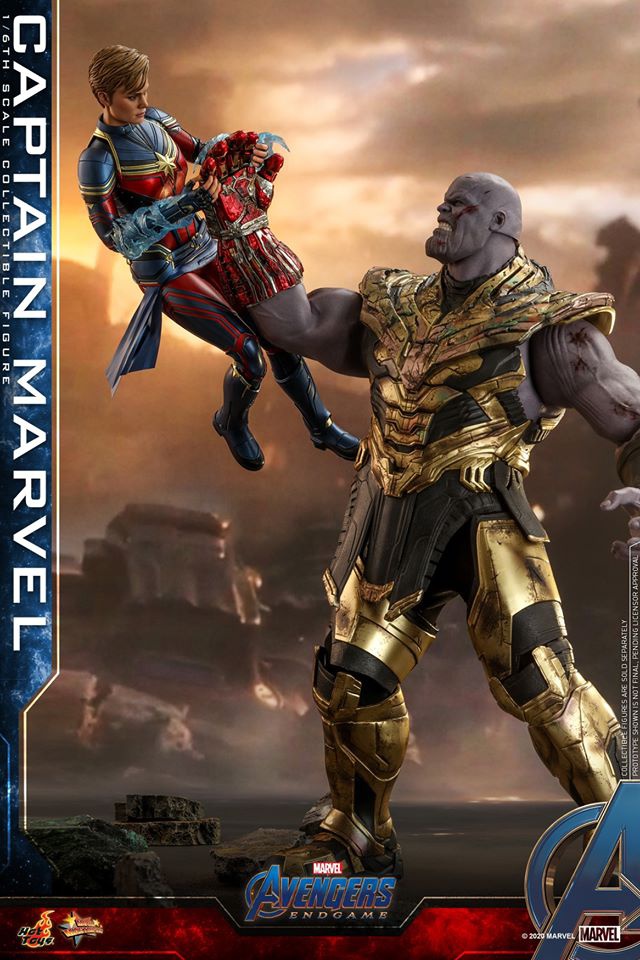 Fans can now recreate the intense battle between Thanos and Captain Marvel - just make sure that Thanos doesn't get a hold of the Power Stone this time.

The movie-accurate details of the suit are amazing! 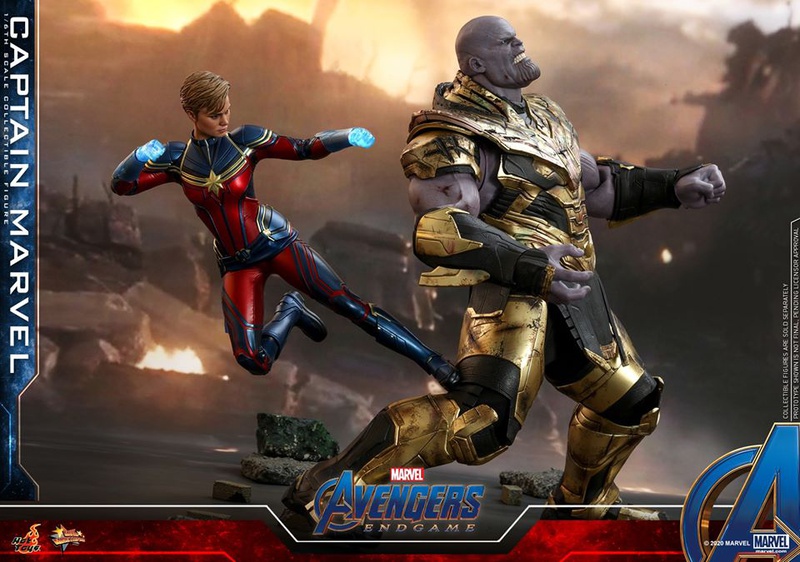 The LED-light up function of the figure's forearms is in full display in this image. 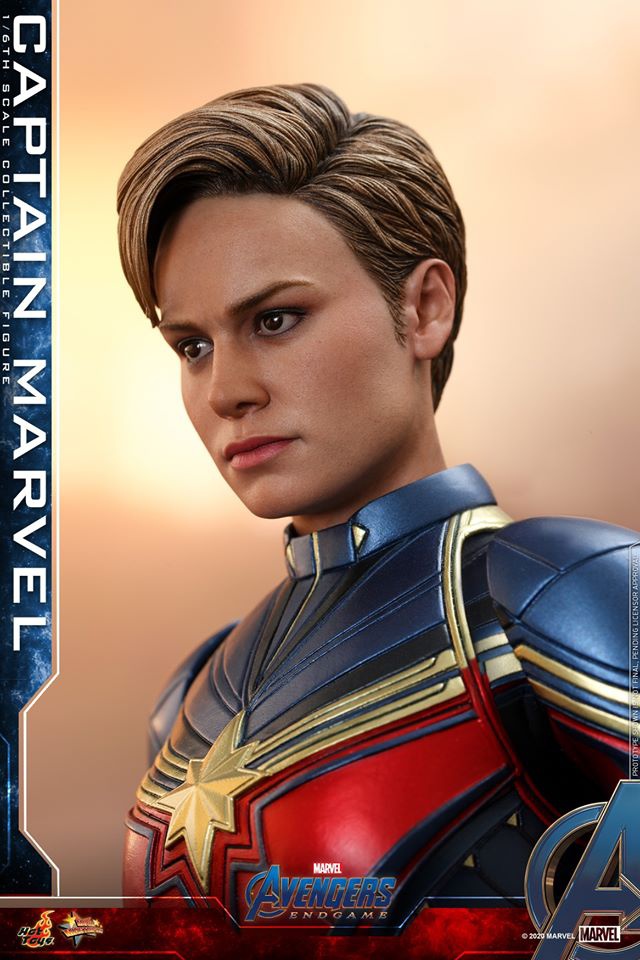 The head of the figure closely resembles the likeness of Brie Larson! 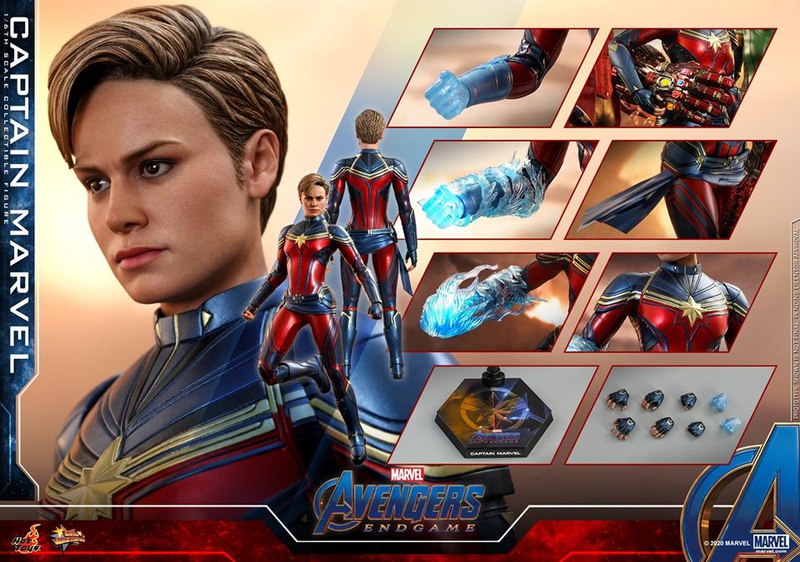 Hot Toys made sure that you can create several iconic poses of the Captain Marvel character with an array of accessories that comes along with it!

The projected release date of the figure will be between the second and third quarter of 2021. Even if it is still a long way away, one would argue that this will be worth the wait. It is unknown if this release will be the last among the current crop of Avengers: Endgame collection. Since Phase 4 is coming up, Hot Toys will look to continue to release movie-accurate figures of beloved MCU characters that will surely excite fans everywhere.