Through the years, Hot Toys has created a lot of memorable collectible figures for different franchises , with the Marvel Cinematic Universe being a prime inspiration for a bunch of them. For every movie that has been released throughout the MCU's Infinity Saga, the heroes and villains introduced (in any form) have been a continued addition to the growing collection of toy collectors worldwide . The idea of recreating iconic scenes from the movies has made toy collecting a fun hobby for most fans worldwide.

One of the most popular collectible lines from Hot Toys was from the highest-grossing movie of all time: Avengers: Endgame . Hot Toys has produced a slew of figures under the Endgame umbrella with the likes of Captain America , Iron Man , Rescue , and Captain Marvel getting their own collectible along the way. It seems that the list keeps on growing as another popular MCU character has joined the fray.

Hot Toys recently unveiled a Loki collectible figure as part of their Avengers: Endgame collection. The 1/6th scale collectible figure features a head sculpt "with authentic and detailed likeness of Tom Hiddleston as Loki in Avengers: Endgame" while also providing movie-accurate facial expression with detailed wrinkles and skin texture. The figure also includes a wide array of features and add-ons which includes "a body with over 30 points of articulations, nine pieces of interchangeable hands, a full and interchangeable costume, two scepters in different sizes, and two daggers."

Taking a page from the highest-grossing movie of all time, the figure also comes with accessories straight from the MCU blockbuster, including a Tesseract, the anti-hero's iconic helmet, a pair of handcuffs with chains, one muzzle, and the occasional movie-themed figure stand with movie logo and character name. While there is no word yet regarding the start date of the pre-order option for the figure, the target release date of the figure is "approximately Q2 – Q3, 2021."

The figure is now available for pre-order for $260 on Sideshow Collectibles . 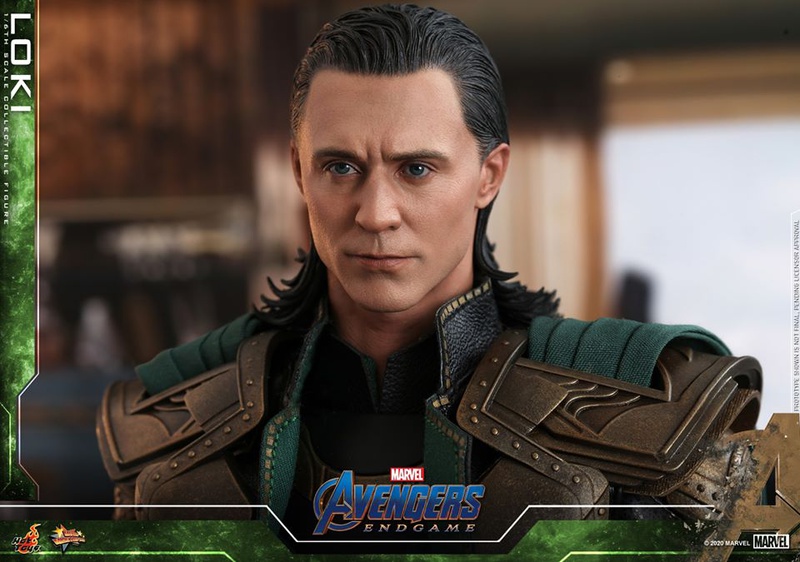 Loki looks menacing as ever in the movie-accurate head sculpt of the figure while also capturing Tom Hiddleston's likeness! 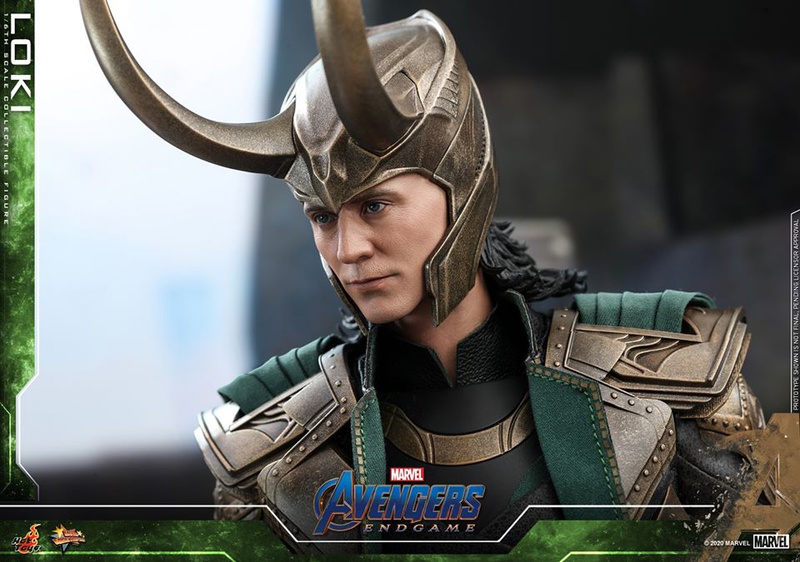 The Loki collectible would not be complete without the character's iconic helmet. The helmet, along with the other accessories mentioned, should provide fans a different look for the character if they decide to copy one of the villain's poses from the MCU. 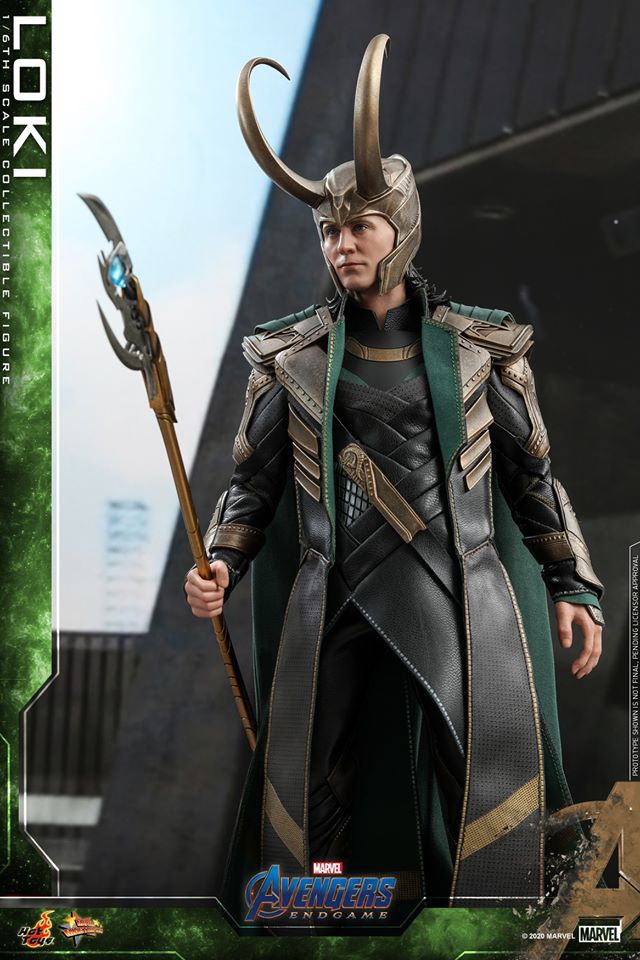 The latest Loki collectible figure is showcased in full form in the image above, seemingly revealing the movie-accurate look of the character from top to bottom. 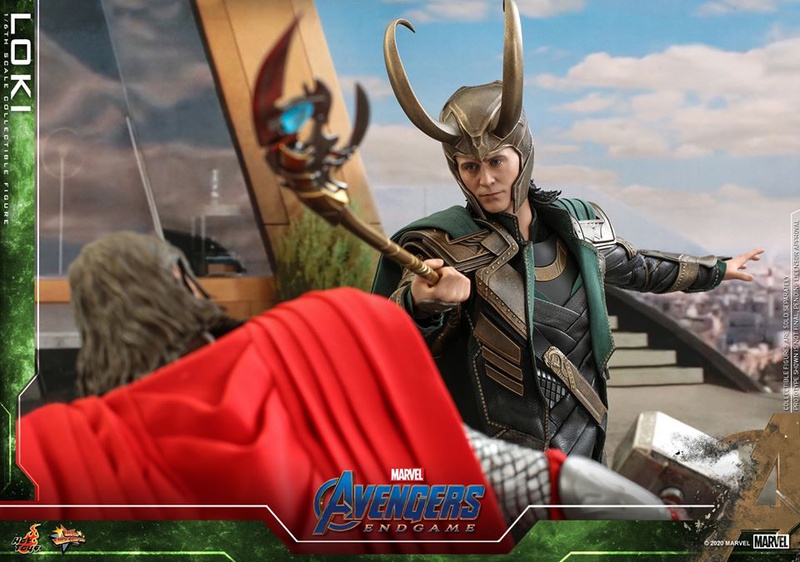 By purchasing a Loki collectible figure, hardcore toy collectors can now re-create some of the iconic scenes from the MCU. As shown above, the action scene which features Thor and Loki atop the Avengers Tower from 2012's The Avengers is a prime example of what fans can replicate to get a sense of nostalgia. 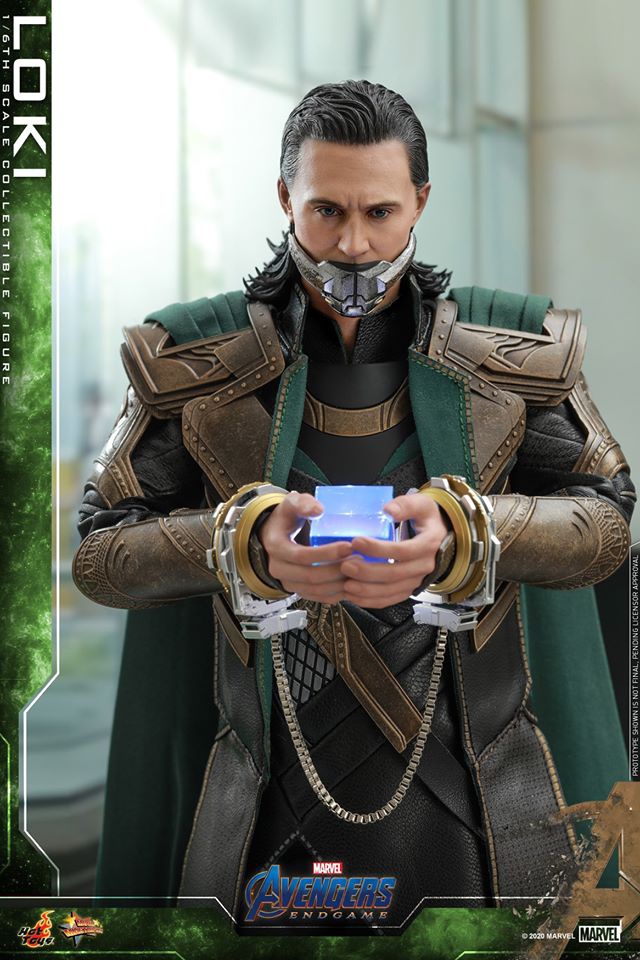 The included accessories can be further utilized by fans, with the image above showing Marvel's trickster handcuffed and ready to face trial. 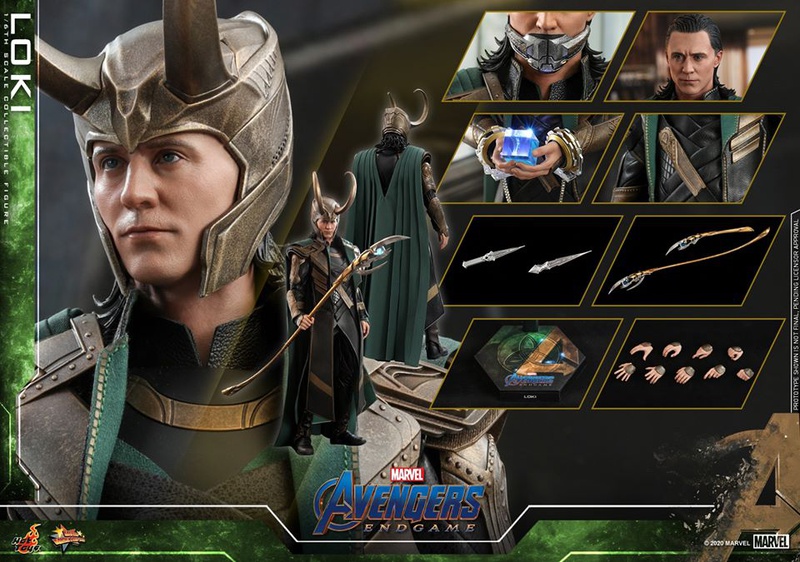 The full set of the latest Loki collectible figure has been revealed in all its glory in this latest image. From the interchangeable hands to the figure's Endgame -themed stand, this figure set features a slew of customizable options.

Over the years, Hot Toys has been the gold standard when it comes to providing a quality figure to toy collectors worldwide. The latest Loki collectible figure should serve as a major addition to the growing list of Hot Toys' longstanding line of products while also serving as a memorable piece of MCU experience to die-hard Marvel fans.

While the wait time for the release of every Hot Toys figure is understandably long, the features and the accurate depiction of the character should be enough for fans to be patient. By taking a piece of the movie home, toy collecting affords a unique opportunity to celebrate a popular franchise like the MCU. In a way, it makes one remember not just the plot of the movie but also the bond that was shared throughout the movie-going experience.