While Avengers: Endgame tied a neat bow on most of the Infinity Saga's long-running storylines, the MCU's culminating movie left audiences with enough loose ends to keep them invested going forward.

One of those new questions comes with the future of Asgard. Thor's home realm was Death Star'd by Surtur in the final moments of Thor: Ragnarok , reducing the God of Thunder's people to scattered refugees. The remaining Asgardians eventually called Tønsenberg, Norway home, trading in fancy drapes for fishermen's garb.

As Thor said au revoir to New Asgard, he seemingly left the throne to Valkyrie . There might not be much of a regal seat to rule from, but Endgame makes it clear that Tessa Thompson's angry girl is in charge.

Taking to her Instagram, Tessa Thompson posted a story showcasing her official actor's seat, confirming her arrival on the set of Chris Hemsworth's Thor: Love and Thunder . 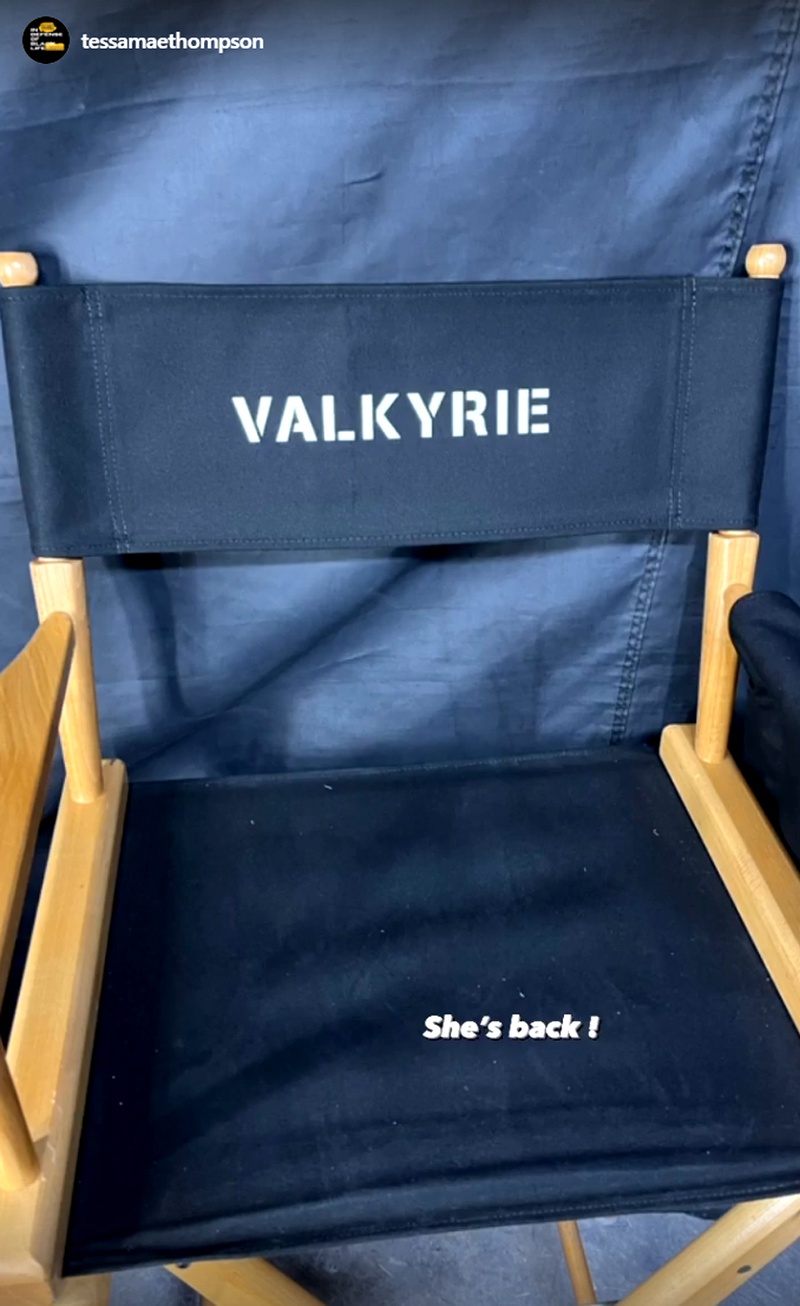 VALKYRIE'S ROLE IN LOVE AND THUNDER

Thompson's somewhat late arrival to set points to some interesting possibilities regarding her role in Thor 4.

Love and Thunder officially commenced filming on January 26. Set photos emerged showing Chris Hemsworth alongside multiple Guardians of the Galaxy, including Chris Pratt's Star-Lord, Karen Gillan's Nebula, and Pom Klementieff's Mantis. Gillan and Klementieff have since left set , indicating smaller roles for the two. Thompson arriving now suggests she will not be sharing any scenes with Nebula or Mantis, but could still star opposite Star-Lord or Dave Bautista's Drax.

It is worth noting that Thompson was likely in Australia when filming began in late January and is now reporting to set as her mandatory isolation period would have just wrapped up. All actors involved in this overseas production are required to quarantine for two weeks immediately upon arrival, and if Thompson's first day on set is today, her isolation would have begun around the day filming started.

It remains to be seen how many filming locations Love and Thunder will use, but Thompson's presence in Australia indicates she will be going to space at some point. The New Asgard scenes from Endgame were filmed in St. Abbs, Scotland, and unless Marvel Studios intends to rebuild that location in the land down under, Valkyrie's scenes being shot in Australia will likely take the Queen of Asgard to the cosmos.

Valkyrie's current MCU storyline has her fairly grounded in Tønsenberg; however, there is every possibility she will be taking a leave of absence to join Hemsworth's God of Thunder wherever his next journey takes him.

Thor: Love and Thunder is currently filming and is set to release in theaters on February 11, 2022.