Thor 4 Director Reveals Why It's So Different Than Ragnarok 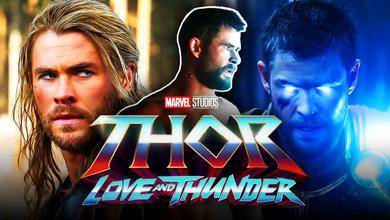 With Natasha Romanoff set to exit the MCU with Black Widow on July 9, 2021, Thor is one of the few remaining OG Avengers with a story left to tell.

In 2022, Thor's fourth film titled Thor: Love and Thunder will make its theatrical debut with Chris Hemsworth returning as the God of Thunder alongside a massive, star-studded cast. That cast will include the Guardians of the Galaxy, Tessa Thompson's Valkyrie, Christian Bale as Gorr the God Butcher, and Russell Crowe as Zeus.

The most surprising name on the roster is Natalie Portman playing Thor's former love interest, Jane Foster. But, this time, she's wielding Mjolnir?

Taika Waititi has also returned to the director's chair following his success with 2017's Thor: Ragnarök and is already teasing fans with what to expect from Love and Thunder next year.

In Empire Magazine's interview with Waititi, via the Digital Spy, the truly colorful director admitted that Thor: Love and Thunder is "very different from Ragnarok:"

Waititi's comment about "more Thor" is likely a reference to an on-set photo of a bigger, bulkier Hemsworth putting off some serious '80s, Hulk Hogan vibes with his physique and particular style choices.

Considering the wild and bizarre ride that was Waitit's Ragnarok, it's difficult to imagine how the director's next film could be crazier. It also remains to be seen how the other MCU projects like Loki, Eternals, and Doctor Strange in the Multiverse of Madness could influence the film.

But, perhaps the most intriguing takeaway from Waitit's comments is the promise of "more emotion." In fact, this is a sentiment that Chris Hemsworth shared on Instagram, saying that the film "might also pull a heartstring or two."

Does this mean Thor might finally have a happy ending after enduring so much loss through his MCU run? Or, is there more heartbreak on the way for the God of Thunder?

Fans will find out when Thor: Love and Thunder releases in theaters on May 6, 2022.