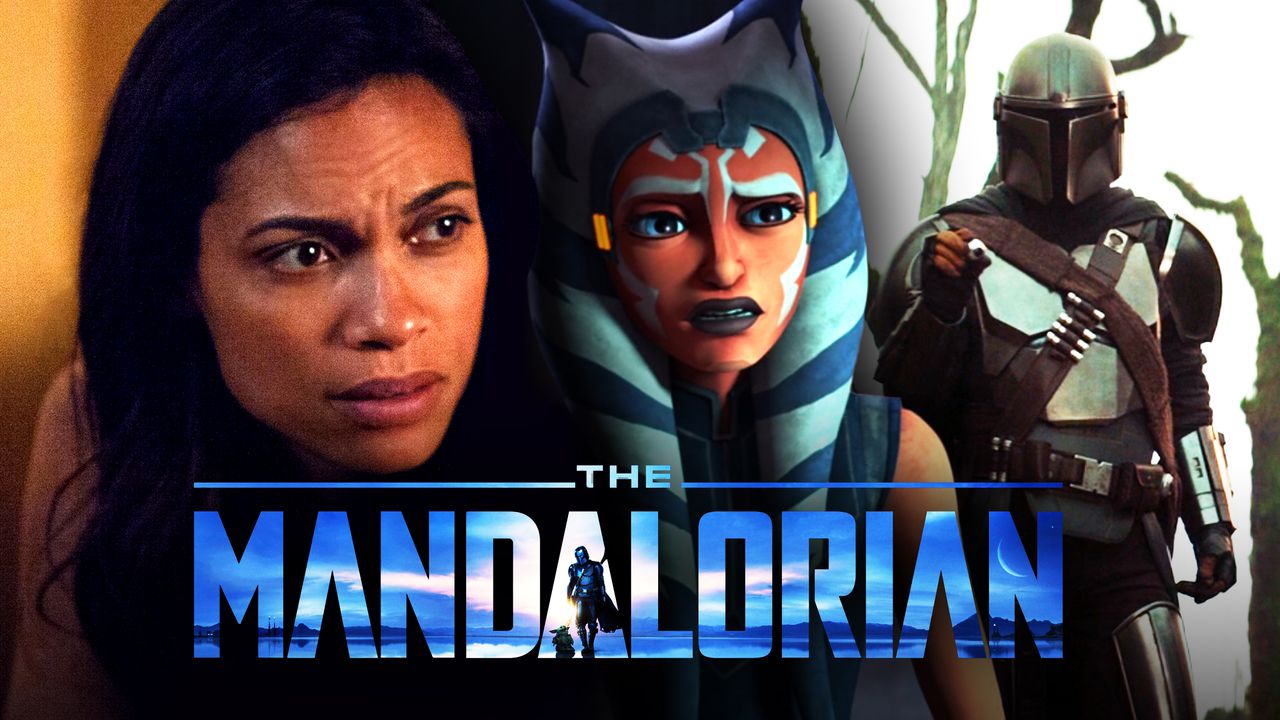 Ahsoka Tano has officially made her live-action debut in The Mandalorian, and there's a great deal to talk about. The iconic animated hero made her presence felt immediately, decisively wiping through Corvus' local magistrate's guard force and giving her foe an ultimatum. Over the course of "Chapter 13," we got to see Ahsoka connect with the baby we now know as Grogu, learned that her purpose was to find Grand Admiral Thrawn, and even got a peek at our old friend Morai.

Bringing an animated character into live-action, particularly one as popular as Ahsoka, is a challenging task that requires difficult creative choices to be made. Converting the character's white lightsabers previously seen in Rebels into The Mandalorian was simple enough, and Rosario Dawson nailing the essence of the heroine was a matter of training and discipline. But one element of Ahsoka's appearance has fans scratching their heads, and a Lucasfilm designer has weighed in on the decision...

On Twitter, Concept Designer Brian Matyas was asked about the size of Ahsoka Tano's lekku head-tails in Chapter 13:

Can you share at all the conversations you had regarding the size of her montrals/lekku?

Theres some confusion among fans as they were much bigger in Rebels around this same time period.

As pointed out, Ahsoka's lekku was noticeable shorter in The Mandalorian compared to its design in Star Wars Rebels and even The Clone Wars:

Matyas confirmed that the Jedi's lekku was designed to be smaller than in animation to be considerate of stunts:

Yea pretty much that was the chief concern. From animation to live action I did a ton of design exploration for her and their appropriate size for the actor with consideration for stunts and movement. I'm sure I'll get to discuss at greater length in the near future!

Converting Ahsoka from the animated shows into live-action was never going to be easy, and Dave Filoni did an outstanding job of seamlessly integrating the beloved character into The Mandalorian. The final result was always going to be a bit jarring for some and it will take a bit of getting used to.

The lekku certainly did seem to be inconsistent with the animated iterations, and it made Ahsoka's appearance a bit strange as a result. While her head-tails were roughly this length at the time she left the Jedi Order, they were significantly longer when we saw Ahsoka in Rebels and would presumably continue to be for stories thereafter. Going with the shorter lekku, while more practical, has its continuity drawbacks.

Along with the strange length of the head-tails comes the wrinkles seen throughout, which gave off a bit of a cosplay feel for the character's appearance. Longer lekku certainly would've gotten in the way of the stunt performer during Ahsoka's action sequences, but CG touch-ups conceivably could have been an option. The weight of the piece also needs to be taken into consideration, and the material used likely led Filoni and Matyas to conclude that exploring shorter options was the appropriate direction to take.

What's done is done, and this is a minor gripe that can be fixed by time. In the years to come, seeing Ahsoka Tano in live-action will grow to be just as natural as the character's animated appearances, and any design issues that may exist will surely be addressed by Filoni and his team. Ahsoka's debut contributed a great deal to Mando and Grogu's story, and the tease towards the end of "Chapter 13" hints that this will be far from the last we've seen of the beloved character in live-action.

These appearances from Ahsoka seem inevitable at this point due to the extremely positive reception to her appearance today in The Mandalorian episode. Lucasfilm definitely has big plans for her character, and I am excited to see where the future takes this fan favorite character!