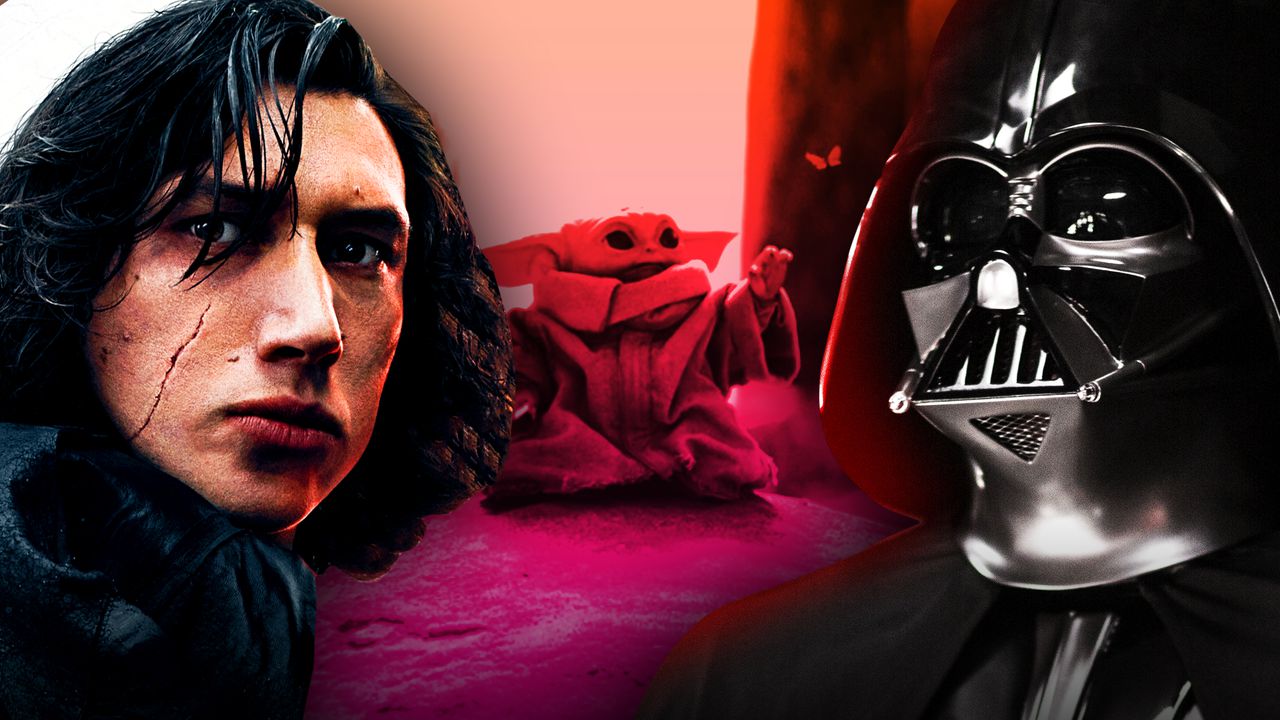 Meditation has always played a role in the Star Wars universe, especially for force-sensitive beings, from Yoda training Luke on Dagobah to how Cal Kestis restores his health in Star Wars Jedi: Fallen Order. During the latest episode of The Mandalorian Season two, Grogu sits atop the Seeing Stone on the ancient Jedi planet of Tython and begins to meditate, surrounded by a Force field while seemingly is reaching out to a prospective Jedi Master.

Before "Chapter 14" became a tragedy Grogu tried to catch a few blue butterflies as he first got settled on the Seeing Stone. They seem to disappear without consequence, but now it appears there could be a deeper connection between these insects and the Force.

A recent post on Reddit by user u/acautelado pointed out that butterflies appeared during a meditation panel in comic Darth Vader: Dark Lord of the Sith #8, similar to Grogu meditating on Tython. Here's a full image breakdown:

During the panel of Darth Vader meditating, the blue butterflies are not in a physical form necessarily. Then, in the next panel of the comic, it is revealed that the reader was seeing an out-of-body Force-meditation moment. Vader in his physical form was fully present.

However, during The Mandalorian, Grogu sees and interacts with what looks like real-life butterflies.

It is not clear what the butterflies mean or represent, but many fans assumed that the butterflies were the light side of the Force reaching out to Anakin in Issue #8. The major contrast of the dark red surroundings of Vader's meditation to the bright blue insects makes that theory almost believable. There's also the fact that the Vader during this comic run is seen soon after Revenge of The Sith, and Skywalker would still be struggling with blocking out the light-side.

If these butterflies are representative of the light side of the Force, the logic holds up in The Mandalorian as well. Very soon after Grogu starts meditating, the butterflies fluttering around him the Force field create the surrounding cylinder, and he is fully reaching out. In this case, one can assume that Grogu embraced the light side butterflies rather than try to drown them out with darkness like Vader appears to be doing.

These fluttering creatures were also featured in a few episodes of the children's show Star Wars Roll Out titled "Ben Solo and the Bug Hunters" Chapters one and two. During chapter one, Han Solo and Chewbacca get lured by the florescent insects and trapped by their enemies. In chapter two, Ben Solo finds the enemy's large stash of butterflies, rides on top of a swarm of them, and frees his dad and Chewie.

While this is a minor piece of Star Wars content, it furthers the connection between these little beings and Force users. Once again, Ben Solo embraced the butterflies and goes on to seemingly tap into the light side of the Force. Keep your eye out for more of these glowing monarchs throughout the Star Wars universe.