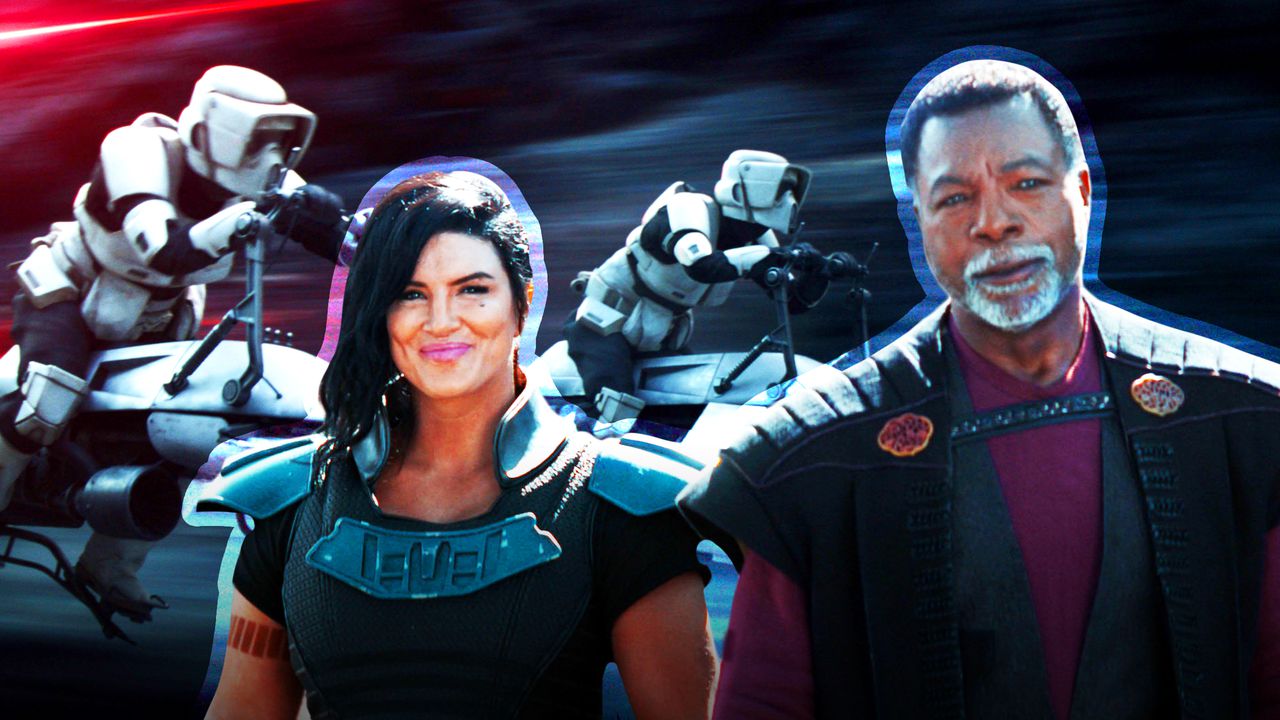 The Mandalorian is slowly expanding its narrative week by week while also further exploring the dynamic between Mando and Baby Yoda. After a game-changing "Chapter 11," The Mandalorian Season 2 returned to its Season 1 roots by bringing back familiar characters in the latest episode.

"Chapter 12" features the return of Gina Carano's Cara Dune alongside Carl Weathers' Greef Karga, with the latter directing the aforementioned episode. The latest episode showcases another round of high-stakes battle while also  progressing this season's storyline in a surprising way.

And now, the latest batch of official stills from the episode has arrived, highlighting the action-packed chapter of Season 2.

Disney+ released official stills from the latest episode of The Mandalorian Season 2 entitled "Chapter 12: The Seige."

The first image shows Mando instructing the Child to fix the broken wires of the Razor Crest.

The third image showcases the trio's plan in infiltrating the lone Imperial base in Nevarro.

The next still features hard-hitting action inside of the Imperial base.

The last still shows the scout troopers aboard their respective speeders while pursuing Greef Karga, Cara Dune, and the Mythrol.

The Mandalorian Season 2's "Chapter 12" is now streaming on Disney+.

The images perfectly capture the impressive storyline of the latest episode of The Mandalorian Season 2. The father-son dynamic of Mando and Baby Yoda has been consistent this season, and "Chapter 12" features a big leap to that aspect.

It will be interesting to see the evolution of that dynamic in later episodes, and Ahsoka Tano's impending arrival next week should help fans discover more of The Child's origin and tendencies as a Force user.

Moreover, the episode sheds some light on how much Nevarro has changed in-between Season 1 and Season 2, showing off how Dune and Karga transitioned into becoming a Marshal and Magistrate, respectively. Considering how Mando helped stopped the Imperial's reign in Nevarro, it's fitting to see the planet thrive under the leadership of Dune and Karga, but it appears that there are still enemies lurking in the shadows.

In a way, the fast-paced action in the episode combined with the return of some familiar faces essentially serves as a reminder of the successful debut season, and these images help paint a picture of a chapter that is satisfying from an action standpoint.