The pandemic forced numerous high-profile projects to press pause for months, with some being forced to pack their bags with only a few days of filming remaining.

While motion pictures resume production on American sound stages, the sets across the pond remained in question.

Sam Wilson and Bucky Barnes's international affair will still be on a global scale.

According to Lizzie Hill of Murphy's Multiverse, The Falcon and The Winter Soldier will resume production in the Czech Republic starting in October and extending into November.

This comes one day after we exclusively reported the Disney+ series would resume filming in Atlanta, GA starting next week.

If the past ten years has taught fans anything about Marvel Studios, it's that they are patient.

Kevin Feige and company refuse to rush any project because they always see the bigger picture. The MCU has set an incredibly high gold standard over the course of 23 films, and to rush anything would go against the platinum precedent they've set.

While their Atlanta schedule is unknown, the show only has nine days left of filming in the Czech Republic. Seeing that they won't get overseas until around Halloween season, the most prominent delay for The Falcon and The Winter Soldier will likely be due to their extended gaps in filming.

Now, that begs the question of why the October/November schedule for Czech filming? 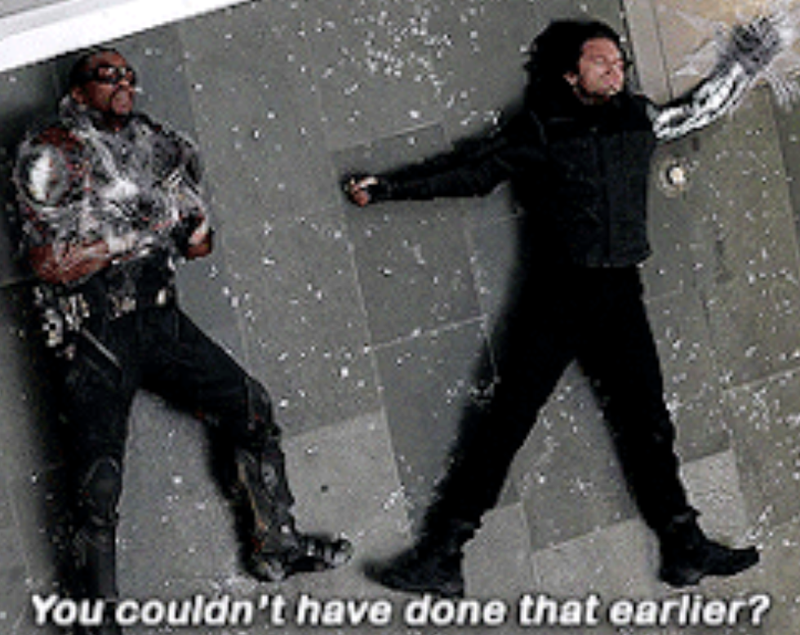 I know you're eager for the series to debut Bucky, but let me explain.

International travel has been hazy ever since the shutdown back in March. Some countries have cautiously began reopening their borders, but with a myriad of restrictions. Prague issued a state of emergency back on March 12, with only 116 cases of COVID-19 at the time, and have kept country-wide cases below 8,000 ever since. They do not want to jeopardize their six months of hard work containing the virus by allowing a bunch of American studios into their country.

According to the Hollywood Reporter, film productions entering the country will have to abide by specific guidelines:

"These include regular testing of actors for coronavirus infection every 14 days during production and the maintaining of sanitation standards both on location and in studios. Foreign actors and crew members will have to show the results of a negative test before leaving their home country to be allowed to enter the Czech Republic. They will be given a second test within 72 hours of arrival and remain quarantined until they receive a negative result."

Hill reports that season two of Carnival Row recently wrapped filming in the Czech Republic, which likely blocked Marvel Studios from getting to set up shop earlier in the summer.

The Falcon and The Winter Soldier is currently without a release date, but is rumored to debut on Disney+ in 2021.