Now that Zack Snyder has gotten the green light to finish his director's cut of 2017's Justice League , DC fans have started calling for David Ayer to release his initial vision for Suicide Squad . While Ayer remained on as a director throughout the film's entire production, the filmmaker was forced to make a lot of changes to the film he intended to make by request of Warner Brothers.

David Ayer has revealed many differences from the original film and the Suicide Squad that ended up in theaters, a lot of which include the removal of major pieces from the Joker and Harley Quinn storyline. Fans have been forced to piece together what might have been from set photos and unused trailer shots, and a new Joker/ Harley Quinn fan theory seems to have just received the seal of approval from Ayer himself.

Twitter user ColdBloodedJoke recently uploaded a photo set from the behind-the-scenes of Suicide Squad . The photos feature a mysterious woman in a red dress laying behind the Joker, as well as a Harley Quinn costume and wig on a mannequin. 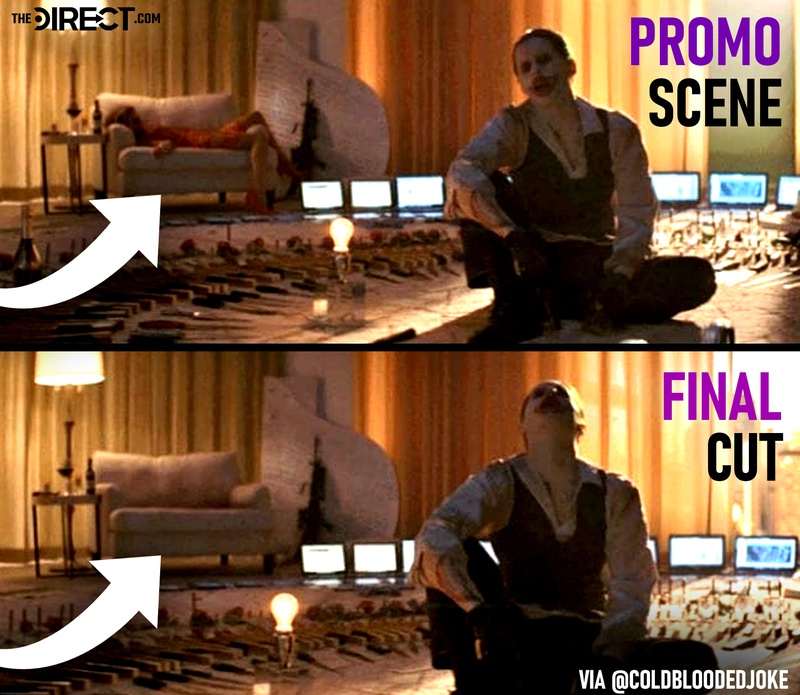 These two features of the scene were missing from the final film, and the Twitter user outlines a theory on how these elements could have been implemented in the original script, stating:

My theory is that since Harley has been kidnapped Joker gets random girls and has them dress up like Harley, but when he realizes that they can't compare to the real Harley he just kills them. In the old animated series... they had a similar plot in one of the episodes.

The tweet was brought to David Ayer's attention by ReleaseTheAyerCut , and Ayer responded to the fan theory by simply saying:

Here is yet another important deleted layer from David Ayer's Suicide Squad . The director has previously stated how the post-production notes and edits broke the timeline he had outlined for the Joker/ Harley Quinn subplot, which oversimplified their relationship's journey and Ayer's attempts to add nuance to the couple's toxic nature.

This deleted example of how Joker attempts to cope with the disappearance of Harley adds another deeply twisted element to the film. Had this sequence been in the final film, it would have given audiences more insight into the type of Joker this was, how much he was missing Harley, and how far he would go to get her back.

Ayer has not yet revealed the reasons as to why this was cut from Suicide Squad , but it was probably in part due to the studio's attempts to lighten up the film's tone after the critical failure of Batman v. Superman . Though, with increasing calls for David Ayer's cut of Suicide Squad , audiences may be seeing every deleted story element from this film in the near future.