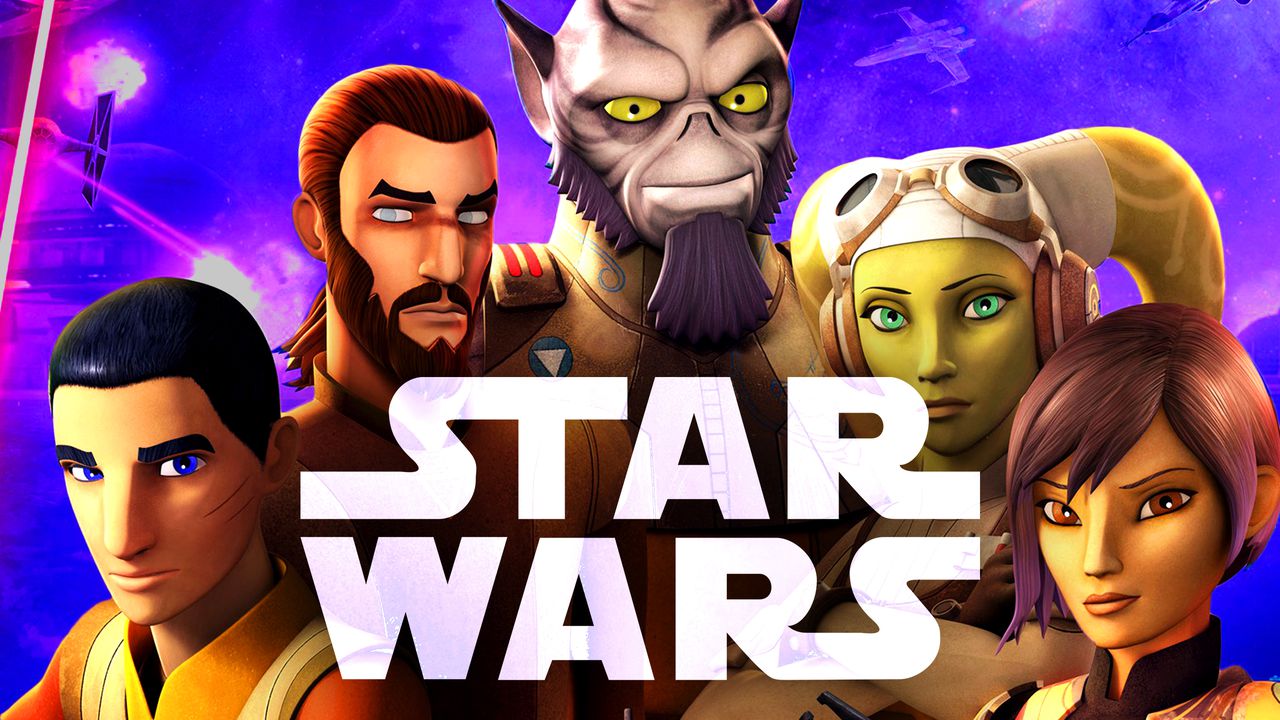 With all of the news regarding upcoming live-action Star Wars projects being front and center, word on the animated projects has flown under the radar. Star Wars: The Clone Wars came to its triumphant conclusion on May the 4, bringing to an end a series that defined the childhoods of a generation.

Shortly thereafter, Lucasfilm and Disney announced Star Wars: The Bad Batch, a series following the experimental clone unit of the same name shortly after the events of Clone Wars. Additionally, a sequel to the hit series Star Wars Rebels has been strongly rumored for several months, carrying on the cliffhanger events for its predecesor's epilogue. Lucasfilm has remained tight-lipped on Star Wars' animated future, but a new report provides some clarity on when these new projects may see the light of day...

Corey Van Dyke of Kessel Run Transmissions is reporting that the first season of the Rebels sequel should be complete, reaffirming that the animated series will follow Ahsoka Tano and Sabine Wren:

I know everyone keeps asking where the Rebels sequel is. This is still all we know:

•Season 1 should be done.

I unfortunately have no new updates on it nor does our animation source. If we hear anything we’ll let you all know. pic.twitter.com/3BVnqrwUBI

Van Dyke speculates that Summer 2021 may be the target timeframe for the series to hit on Disney+:

It is Disney+, I’d expect Summer at this point

Additionally, Van Dyke reported that The Bad Batch is set to release in March/April 2021:

Small update on The Bad Batch. They are targeting a March/April release so hopefully we get the official date by the end of the year! pic.twitter.com/ioszyZVYAD

Finally, the KRT co-founder reiterated that The Bad Batch will have grade-A animation similar to The Clone Wars' seventh season:

What gets me really pumped for The Bad Batch is we’ve heard from our animation source that it’s the same quality as The Clone Wars. That’s exactly what I was hoping for. I think this series has the potential to be incredible! #TheBadBatch pic.twitter.com/CLHWoQoaJb

It's been a while since we've gotten even minor updates on these series, so it's always reassuring to hear that the show will go on. From the sounds of things, once season 2 of The Mandalorian wraps up in late December, a monsoon of Star Wars news is waiting for us.

The delay in announcing and releasing the Rebels sequel is undoubtedly due to the decision to hold off until the animated charcters make their appearances in The Mandalorian. If the rumors of a much larger narrative being in play are true, the Rebels sequel's plot likely hinges on that of The Mandalorian, and that's not a card Lucasfilm is ready to deal.

The Bad Batch was a surprise, as nobody really saw an entire series coming off of just one arc from The Clone Wars. In hindsight, that arc was clearly the jumping point for this series, and it will serve as not only a continuation of Clone Force 99's journey, but Rex and Ahsoka's as well.

When The Bad Batch was announced for 2021, the assumption was that it would drop in the earlier part of the year. A March release would put it close to the Clone Wars season 7 window, and a summer debut for the Rebels sequel would be in the next few months to follow.

Should these reports prove to be accurate, we're in for quite a bit of Star Wars content - starting in two weeks!