Star Wars The Bad Batch: Everything Confirmed & Rumored About the Disney+ Spinoff

After what seemed like an endless drought for news, Lucasfilm and Disney announced today a brand new animated series, Star Wars: The Bad Batch. The series, based on the group of the same name from Star Wars: The Clone Wars, is set to release in 2021 on Disney+.

For those who've been following the rumor mill, the existence of this series was made known recently by the boys over at Kessel Run Transmissions. Last month, the duo shared that a Clone Wars spinoff series was in development, which they later clarified would feature The Bad Batch as the main leads.

After months of rumors regarding both The Batch Bad and a reported Rebels sequel series, KRT has been proven to be legit. Following the official announcement, the KRT fellas took to a YouTube livestream to share more tidbits about the series. In light of today's reveal, we'll be taking a look at everything we know about The Bad Batch from KRT via Reddit and the Disney+ announcement, both confirmed and rumored.

As the title of the series suggests, Clone Force 99, better known as "The Bad Batch", will be the leads of the show. The official press release revealed that we'll follow the experimental clone unit "as they find their way in a rapidly changing galaxy in the immediate aftermath of the Clone War". 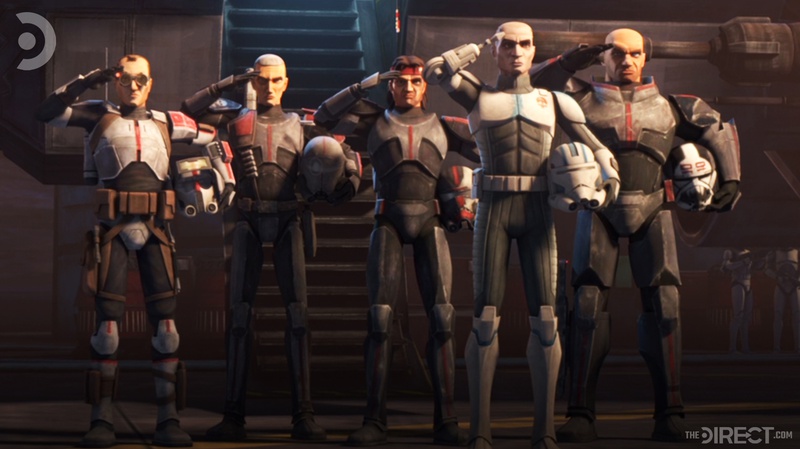 The group - consisting of Hunter, Wrecker, Tech, Crosshair, and new recruit Echo - will be working "daring mercenary missions as they struggle to stay afloat and find new purpose" following the events of Revenge of the Sith. The war ended abruptly and with great devastation, something the members of the team will surely be grappling with.

Unlike most clones, The Bad Batch team wasn't attached to a specific Jedi General, making it unknown how they were impacted by Order 66. Being experimental units, the original four members may not have had inhibitor chips at all, although former ARC Trooper Echo surely did. It doesn't sound like The Bad Batch clones will be Imperial Commandos like many have speculated, but rather simple men trying to make their way across a galaxy in which there will surely be a great deal for them to do. 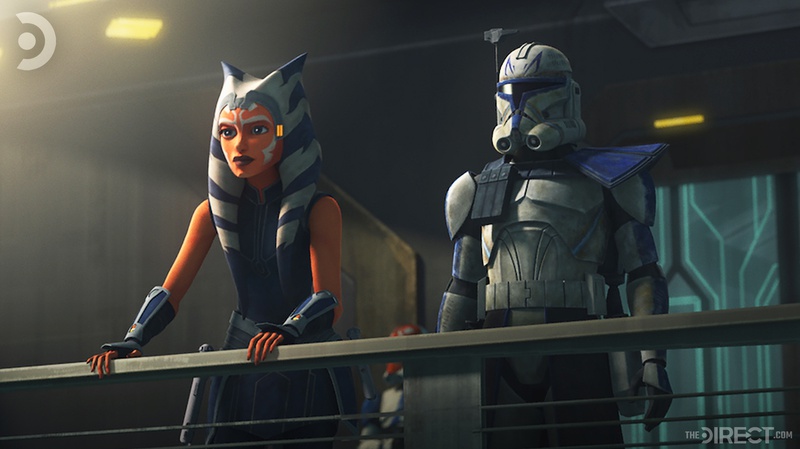 As they first suggested when sharing the existence of the series, KRT has emphasized that Ahsoka Tano and Captain Rex will return in The Bad Batch, though in limited capacities. Like the series leads, Ahsoka and Rex will certainly also be dealing with the effects of Order 66.

Ahsoka is said to be wearing the same outfit we saw her in during the Siege of Mandalore - the blue Mandalorian clothing with, presumably, the cloak. It's not known how she'll defend herself, having ditched her blue lightsabers following the events of Order 66, and it may be too soon in the timeline for her to be obtain her white blades.

Captain Rex will reportedly have a major role, looking for his brothers across the galaxy. Perhaps the captain is looking to save his fallen brothers from the continued influence of Sidious, removing as many inhibitor chips as possible? By the time the events of the series are all said and done, Rex will be on his way to settling down with Wolffe and Gregor on Seelos. 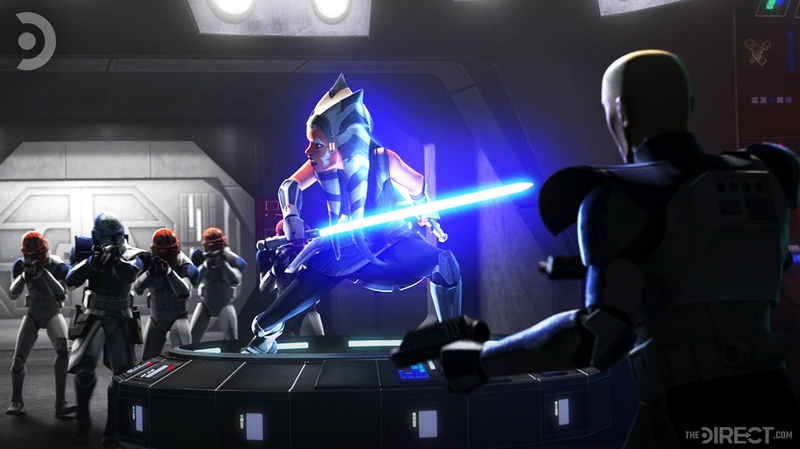 The series is set directly after Order 66, during the Dark Times - the time of the Empire. The Jedi Knights have all but been exterminated and the Republic has fallen, with the Clone Troopers unwittingly paving the way for the rise of the Sith. The Bad Batch is said to get inside the heads of the clones, depicting the soldiers dealing with their trauma after betraying their commanders.

It sounds like this show is going to be a lot darker in nature than any of the other Star Wars animated series. The Clone Wars and Rebels got dark and violent when necessary, diving into the psyche of their respective main characters, and it appears that The Bad Batch will carry that forward to heights as the clones have to accept that they were engineered for betrayal. 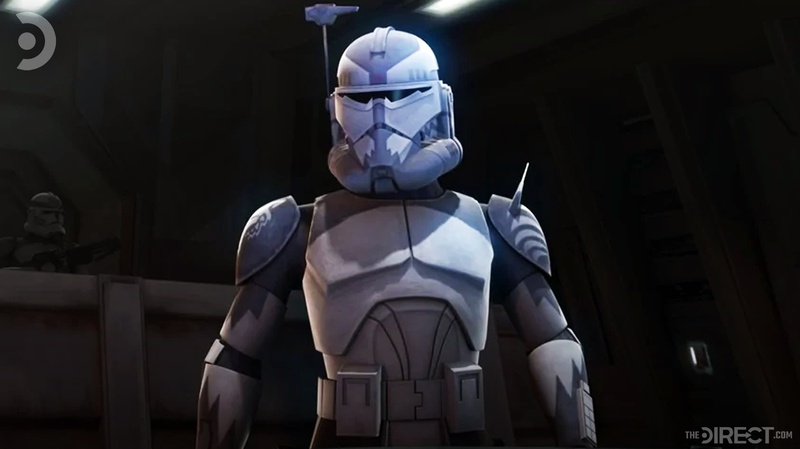 Speaking of clones, there are going to be many of them in the series. Beyond the titular group, The Bad Batch will reportedly feature several clones as they all struggle with the outcome of The Clone Wars.

The big name KRT mentioned was Wolffe, and potentially the Wolf Pack. We know the commander appears in Rebels alongside Rex and Gregor, enjoying retirement as they sling for Joopas. Wolffe was worried that Kanan returned to exact revenge on the clones, which seems like a mindset that will be represented in The Bad Batch as well. While it's not official, Wolffe's appearance seems to be a given, as well as Gregor's.

The other notable name KRT floated was Cody. We see Cody execute Order 66 in Revenge of the Sith as he turns on Obi-Wan Kenobi, but canonically we have no idea what becomes of him following the betrayal. Rex and Cody were pretty tight in The Clone Wars, making Cody the perfect antagonist for Rex as the latter tries to help fellow clones galaxy-wide. Cody is likely serving as an agent of the Empire at this time, which would lead to an inevitable confrontation with his brother.

RETURN OF A JEDI 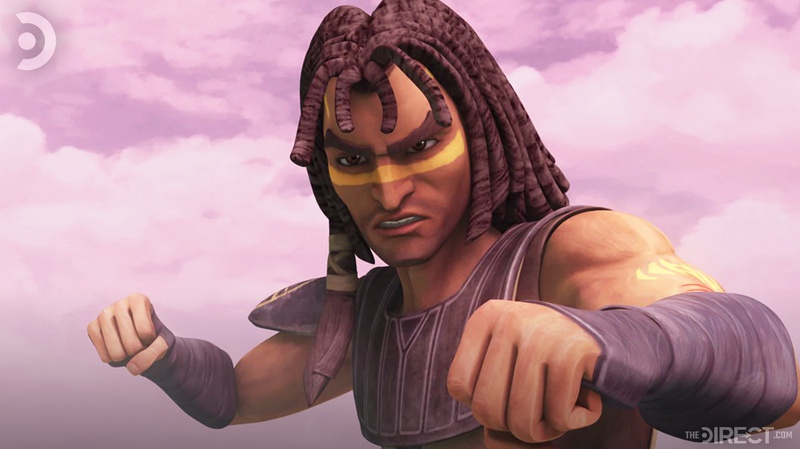 One of the more intriguing details KRT revealed was the potential involvement of Quinlan Vos. In Legends, Vos is killed on Kashyyyk during Order 66, but the Jedi's fate is never shown in canon. His name was one KRT heard thrown around, leading them to believe he was a likely candidate for an appearance.

Also intriguing was KRT's theory that Dark Disciple could eventually be produced. The eight unfinished Clone Wars episodes were adapted into a novel in 2015, depicting Quinlan Vos' romance with Asajj Ventress and brief fall to the dark side, but fans have stood firm in their wish that the arc be animated.

With the rumored return of Vos, a completion of Dark Disciple now seems possible. The assets for the character would be reusable and he wouldn't be brought into the story if there weren't larger plans for the character. Could Vos play a part in Ahsoka's role in the story? We've yet to see what became of fallen Jedi Barriss Offee, who could serve as Ahsoka's antagonist much like Cody would Rex's. Should this happen, could Vos factor into this? 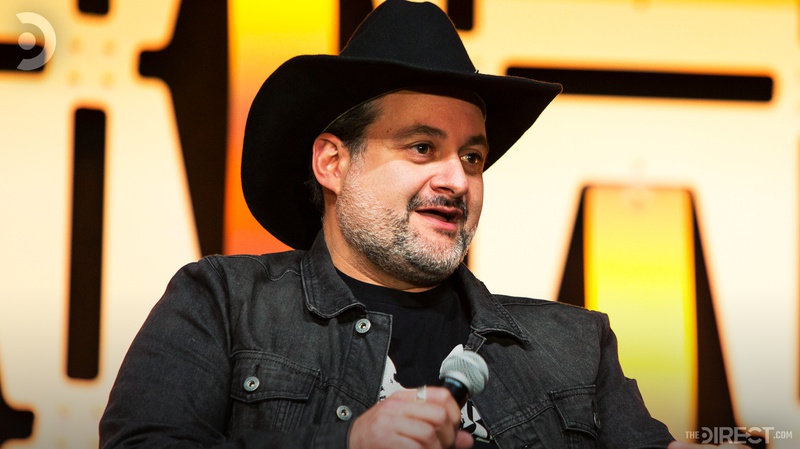 Announced in the official press release was the return of the Man in the Cowboy Hat, Dave Filoni himself, serving as Executive Producer on the series. KRT was uncertain about the creator's involvement, but it appears Filoni will be spearheading the show alongside frequent collaborators from Lucasfilm Animation.

Matt Michnovetz, whose work fans may recognize from the Umbara and Citadel Clone Wars arcs, as well as a handful of Rebels episodes, has confirmed via Instagram that he will be a writer for The Bad Batch. KRT reported that CGCG Inc., the animated CGI production studio behind The Clone Wars, will work on this series, making it likely that The Bad Batch will have a lofty budget and the same animation style as its predecessor.

At the moment, the duration of the series is uncertain. When KRT first dropped the scoop on the show, it was speculated that it would have a limited run, but the official press release makes no mention of a short series. The success of The Clone Wars inspired Disney to push The Bad Batch out next, capitalizing on the former's final season and the well-received experimental clones.

KRT made sure to note that the Rebels sequel is still a thing, and work has been done on it. The decision to release The Bad Batch first comes hot off the heels of Clone Wars' success, but an announcement regarding the Rebels follow-up is expected before year's end, presumably after Ahsoka Tano's episode in The Mandalorian.

THE CAVALRY HAS ARRIVED

Dave Filoni is a very busy man. The COVID-19 outbreak clearly hasn't stopped the creator from working tirelessly to bring us new Star Wars content, and it couldn't be more exciting to see what he has in store for us in the animated realm of the galaxy far, far away.

The Bad Batch was a bit of a head scratcher for many fans, an intriguing choice for a series that could have a lot of upside. Filoni has proven that he can deliver, and in a way The Bad Batch can be seen as a continuation of Clone Wars. It's hard to believe that we've finally seen the conclusion to The Clone Wars - and the story now gets to continue!

The rumored and confirmed details presented have given fans a lot to mull over. The trajectory of the series still remains a mystery, but The Bad Batch has the opportunity to take Star Wars animation to new heights. In the coming months, fans can expect to hear more about The Bad Batch as we move closer to it's 2021 release.

If we're lucky, the new series could drop in the spring, with the Rebels sequel to follow later in the year. There's no shortage of stories to tell in the galaxy far, far away, and the journeys of our animated heroes have become fan favorites. In time, experimental Clone Force 99 will make their triumphant return.

We Clones have mixed feelings about the war...