With the Skywalker Saga's series of films now over, the future of the Star Wars universe is up in the air. Disney head Bob Iger has said that he sees the future of the Star Wars universe moving to their streaming service Disney+. There’s already been one season of the smash hit series The Mandalorian to debut on the platform, with a second to be released later this year. A final season of the fan favorite The Clone Wars series is currently airing on Disney+, and in development are spin-off TV shows for Obi-Wan Kenobi and Rogue One’s Cassian Andor. Furthermore, Iger has stated that additional unconfirmed Star Wars projects are "in development" for Disney+.

Disney has a huge slate of upcoming content to keep viewers entertained on its streaming service. There are currently eight Marvel series in various stages of development as well as sequel and revival series for a slew of Disney’s other hit properties. As Star Wars is one of Disney’s biggest brands with a huge timeline and infinite characters to explore, it’s only a matter of time before we see more series announced for the galaxy far far away.

Here at The Direct, the Star Wars team has predicted the five most likely established Star Wars characters who could receive their own Disney+ series. 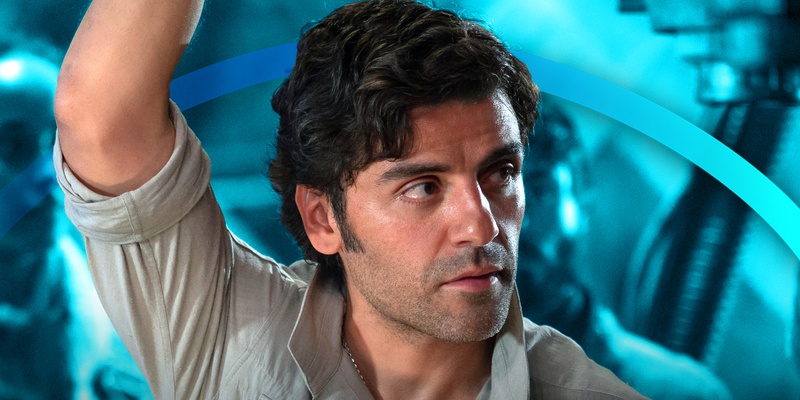 Poe Dameron (Oscar Isaac) was the sequel trilogy’s answer to Han Solo, an exceptional pilot with charm, humor and heart. As a commander for the Resistance, Poe was featured in many of the films’ big battle sequences and was notably close to his mentor, General Leia Organa.

Despite being part of the core trio in Episodes VII-IX, there is still a lot that is unknown about Poe. In The Rise of Skywalker, Poe came across his old smuggling partner Zorii Bliss (Keri Russell) and audiences learnt that he spent time as a spice-runner on the planet Kijimi before joining the Resistance. Such a backstory opens up plenty of potential to explore Poe’s storyline further.

However, Oscar Isaac has publicly said he isn’t interested in returning for a Disney+ series. Additionally, Poe’s backstory is already being explored in his own comic series and in the upcoming novel, Poe Dameron: Freefall. As much as we’d love to see The Adventures of Poe and BB-8, it’s looking unlikely that the character will get his own series at this time. 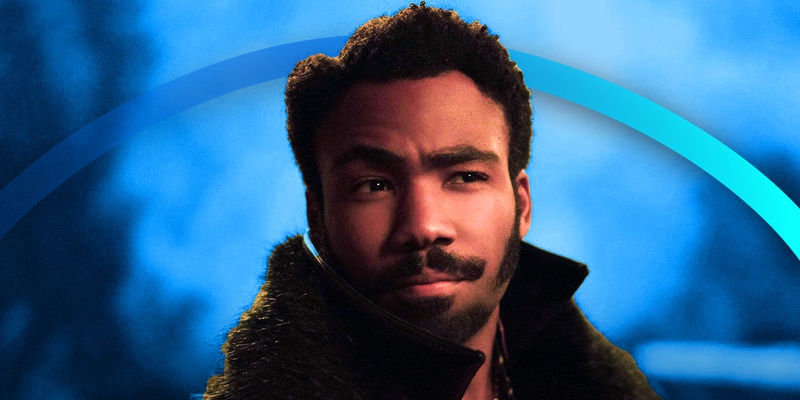 Lando Calrissian, Han Solo’s old friend and previous owner of the Millennium Falcon, has been a major player across two Star Wars trilogies. He’s portrayed by Billy Dee Williams in The Empire Strikes Back, Return of the Jedi and The Rise of Skywalker and by Donald Glover in the origin movie Solo: A Star Wars Story.

Lando’s backstory and motives have always made him an interesting player in the Star Wars universe. In Solo, we saw his history as a gambler and smuggler who was running about the galaxy with the droid L3-37. In The Rise of Skywalker Lando reappeared after years of living in isolation, having parted ways with the Resistance, but he does return to join the fight against the Final Order and at the end of the film promises to help Jannah (Naomi Ackie) find her origins.

This leaves plenty of gaps in Lando’s story that could be explored in his own series. Plus, Donald Glover is one of the biggest stars in the entertainment industry and easily stole every scene he was in during Solo. Having him lead his own Lando Disney+ series would be a huge win. 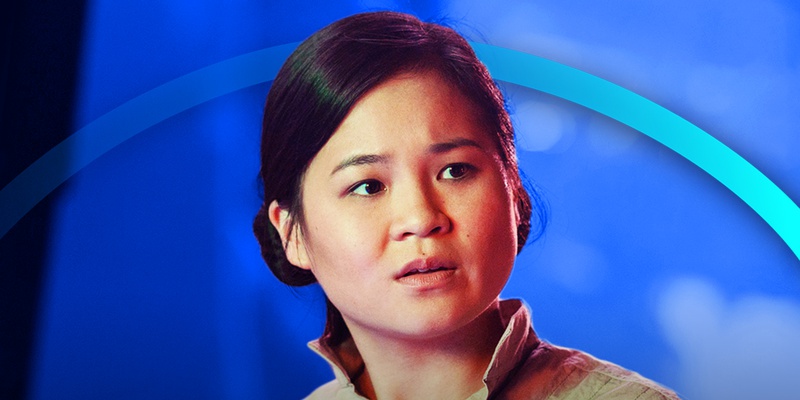 A series about the smart and fearless Resistance engineer, Rose Tico, is looking more likely after she was basically cut from The Rise of Skywalker. Rose went from the everyday mechanic in The Last Jedi to one of General Organa’s trusted inner circle members in The Rise of Skywalker. Although this was well deserved after her actions in the battle of Crait, it had no explanation or payoff in the film.

There was a lot of unfair backlash against Rose’s character and actress Kelly Marie Tran after the release of The Last Jedi, which some assume is why her character was downplayed in The Rise of Skywalker. But there has also been plenty of support for Rose and many hope that she will get the story arc she deserves in her own series.

Jon M. Chu, director of Crazy Rich Asians, has publicly tweeted his interest in directing a Rose Tico series for Disney+. And with many backing the hashtag #RoseTicoDeservedBetter, giving Rose her own series would be a huge step towards rendering her character arc in the film series.

2. THE KNIGHTS OF REN 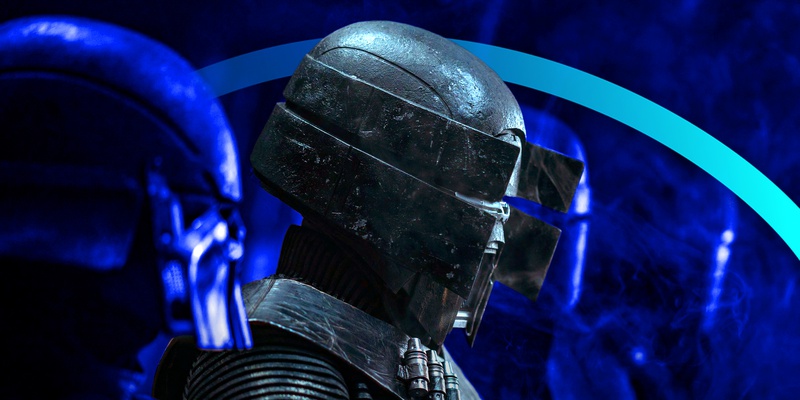 When the Knights of Ren were revealed in The Force Awakens, everyone wanted to know more about them. Yet to this day, they remain one of the biggest mysteries of the sequel trilogy. In the films, the Knights existed mainly to serve as Kylo Ren’s soldiers, with nothing revealed on screen about their origins, motives or even their names.

Thankfully the comic series The Rise of Kylo Ren has revealed more information about the group, but not showing any of these story-rich details on the screen feels like a missed opportunity. With a dedicated series on Disney+, there’s huge potential to bring their origin story to life and finally answer fans' lingering questions about the mysterious warrior group.

As the leader of the Knights, Kylo Ren / Ben Solo still has plenty of uncharted backstory, which, if explored further, could aid the payoff of his redemption arc in The Rise of Skywalker. With his own series or one based on the Knights of Ren, there’s the potential to finally understand one of the most interesting characters in the Star Wars series, and also potentially bring back Adam Driver for an appearance. 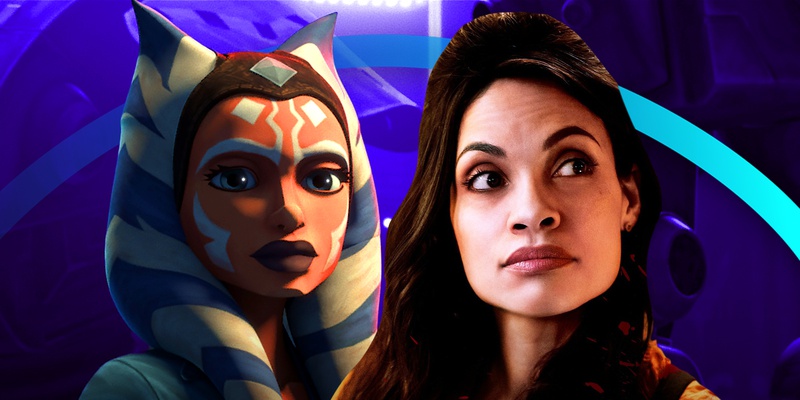 It’s basically confirmed at this point that Ahsoka Tano, the popular animated The Clone Wars and Rebels character, will be transitioning to live-action, played by Rosario Dawson. Ahsoka has been a huge part of the Star Wars franchise, beginning as Anakin Skywalker’s jedi apprentice, becoming part of the Ghost crew, and fighting in the infamous Siege of Mandalore. She’s crossed paths with many of the famous faces in the galaxy and there is plenty of opportunity to continue her storyline beyond her last appearance in Rebels.

If the reports are true, Ahsoka is set to appear in the second season of The Mandalorian, which would make sense as it takes place after the events of Rebels. There are many reasons she could be appearing in the show, considering her history with Mandalore and the possibility that she is seeking the Darksaber.

But The Direct has exclusively reported that Rosario Dawson’s contract is a multi-show deal, meaning that whatever happens in The Mandalorian could be a set up for her own solo spin off series. There’s already rumblings in the news that this series is in development and with all the hype surrounding Ahsoka’s jump to live-action, she’s definitely the most likely candidate to score a standalone Disney+ series.