Warning - This article contains spoilers for the latest episode of Disney Gallery: The Mandalorian.

Season 2 of The Mandalorian on Disney+ not only lived up to the success of Season 1, but it blew fans away with its level of production and various connections to past Star Wars characters.

Still, there's one connection that surpassed them all - the surprise appearance of Luke Skywalker during the Season 2 finale.

Bringing a Return of the Jedi-era Luke Skywalker back to the screen was no small feat. After all, he's one of the most recognizable and beloved characters in cinema history.

But apparently, the efforts to keep his return a secret proved to be just as challenging as the technical aspects of achieving Skywalker's return.

In the latest episode of Disney Gallery: The Mandalorian titled "The Making of the Season 2 Finale," the series creators pulled back the curtain on bringing a young version of Luke to the screen as well as their efforts to keep it all under wraps.

While a stand-in actor was used for the scene, Mark Hamill was also filmed onset in the Volume and then in a special lighting rig called the Egg.

The problem is that the scene and its multiple processes needed to be achieved quickly to maintain control over who knew.

According to Visual Effects Supervisor Abbigail Keller, "We had to do this whole thing in one day. One day with Mark, one day with the Egg. It was a very long day as you can probably imagine. Part of the secrecy too, right?"

Most of the crew was on location in Simi Valley with Robert Rodriguez the day Hamill was filmed, and ILM VFX Supervisor Richard Bluff claimed that was completely intentional:

"...the shooting crew that was gonna be kept behind for the moment when Mark Hamill walked on set was gonna be the smallest possible team we needed to get the work done."

Although, a skeleton crew and restrictive time limit weren't the only methods Lucasfilm employed to keep Luke Skywalker's return under wraps.

In fact, the episode's director, Peyton Reed, along with Jon Favreau and Dave Filoni, employed some Sith-level deception that would've made Palpatine proud.

According to Peyton Reed, "misreads in the script" were implemented:

"We had to keep Mark a secret. That went from creating misreads in the script, creating artwork that was not Luke, creating some temporary visual effects that were the character of Plo Koon."

The artwork above is a depiction of what Luke Skywalker would do in the episode but with Plo Koon instead in his place; it was solely created to throw off the cast and crew.

Of course, the question is, why Plo Koon?

The Jedi Master was first seen in the prequel trilogy where he was more of a background character than anything. He then made several appearances in Star Wars: The Clone Wars; but still, he's a relatively minor character in the Star Wars Universe.

Well, according to Filoni, he knew that Star Wars fans knew his favorite Jedi is Plo Koon. So he used their knowledge to his advantage, saying, "A lot of people, if Plo Koon from the script got out, would assume, 'Well, of course, 'cause Dave likes Plo Koon':"

"A lot people, if Plo Koon from the script got out, would assume, 'Well, of course, 'cause Dave likes Plo Koon'. So there's these layers of intrigue that we try to weave. We had a digital Plo Koon head placed on the actor in dailies."

While Luke Skywalker's cameo wasn't the only surprise from Season 2 of The Mandalorian, many of those other cameos and reveals were leaked and made their way around the internet ahead of time such as Rosario Dawson as Ahsoka and Temuera Morrison as Boba Fett.

However, the impressive efforts of Favreau, Filoni, and those in the know paid off. As Peyton Reed said, "In hindsight, it's a bit of a miracle that it remained a secret."

No doubt, Luke Skywalker's cameo will live on as one of the greatest surprises in television history; and the fact that Mark Hamill was integral to the process means even more.

However, the literal lengths the select few at Lucasfilm went through to keep the secret a secret is impressive, and it speaks to the challenges both shows and films currently face to deliver these kinds of moments to audiences.

Still, some of these methods aren't entirely new.

In fact, Mark Hamill's experience with The Mandalorian echoes what he experienced when shooting The Empire Strikes Back.

While he knew that Darth Vader was his father during the shoot, the script read differently to keep the twist under wraps. In fact, David Prowse, who played Darth Vader, didn't even know when shooting that iconic scene.

Even though it was new technology that allowed Hamill to return as the Jedi once more, the lengths Lucasfilm is willing to go to surprise its fans are anything but. The question is, what other secrets does the studio have in store for Season 3?

Both episodes of Season 2 of Disney Gallery: The Mandalorian are streaming on Disney+. 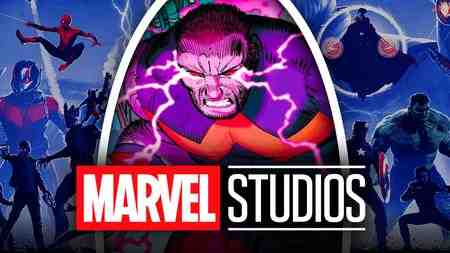