LEGO and Star Wars have boasted a widely-successful partnership over the years, joining forces for a hoard of wildly successful products on screen and in tangible brick form.

Over the years, after each new release from Star Wars and Lucasfilm, LEGO has quickly followed with buildable brick sets commemorating the best moments, characters, and technology that's come to the big and small screen since 1977. The company has already promoted new models that will be available for purchase when 2023 comes around, adding to an expansive collection that's been building for a long time alongside major Hollywood franchises.

Some of these LEGO sets can come at wild prices, with some even setting new records like the recently-released Hulkbuster set from Marvel, although Star Wars has a few that come with even loftier price tags. Now, it's time to look at the galaxy far, far away and its own relationship with LEGO with a look back at the top sets from a pure volume perspective.

Listed below are the ten biggest LEGO sets (official name and set number) released from the Star Wars Universe, ranked by the piece count in each set.

2002's Episode II: Attack of the Clones is commemorated in the Republic Gunship LEGO set, which was released as a legacy purchase in 2021. The ship is made up of 3292 LEGO bricks and retails for $399.99 USD, allowing fans to look back on the Battle of Geonosis as the Clone army made its long-awaited debut.

In 2014, LEGO gave fans the chance to recreate one of the original huge Star Wars vehicles with the Sandcrawler model, replicating the Jawas' choice of transportation from Episode IV: A New Hope. Selling for $299.99 USD retail, 3296 bricks make up this huge machine, coming with a few Jawa figurines along with Luke Skywalker, C-3PO, and R2-D2.

Episode VI: Return of the Jedi brought the second version of the Death Star into the equation, which LEGO recreated in a massive 3441-piece set in 2005. Even though it's one of the less expensive sets on this list, it still costs a pretty penny at $269.99 USD, as it shows the final big weapon that was featured in the Original Trilogy.

The Death Star became a central set piece throughout the entire Star Wars saga, with this 2008 set showing off a number of exciting scenes throughout the spherical space station. The product utilizes 3803 pieces to build to completion and costs $399.99 USD, coming complete with figurines for multiple Stormtroopers and the ultimate Star Wars big bad himself, Darth Vader.

In 2016, LEGO unveiled an updated version of the 2008 Death Star set that was bigger than its predecessor and included even more figurines and weapons than before. The price tag increased by $100 to $499.99, although it increased in brick count from 3803 pieces to 4016 pieces as well.

One of the first images Star Wars fans ever saw was the Imperial Star Destroyer coming into frame during the opening moments of Episode IV, making it an easy choice for LEGO to commemorate. This 2019 model is one of the three most expensive on this list at $699.99 USD, and it cracks the Top 5 for most pieces with 4784 required to assemble it.

Two different Millennium Falcons appear on this list, with this version of Han Solo's iconic ship having hit the market in 2007. Retailing for $499.99 USD, this iconic ship is the first of four hitting that 5000 brick park, with a whopping 5197 pieces making up one of the most iconic modes of transport in Star Wars history. 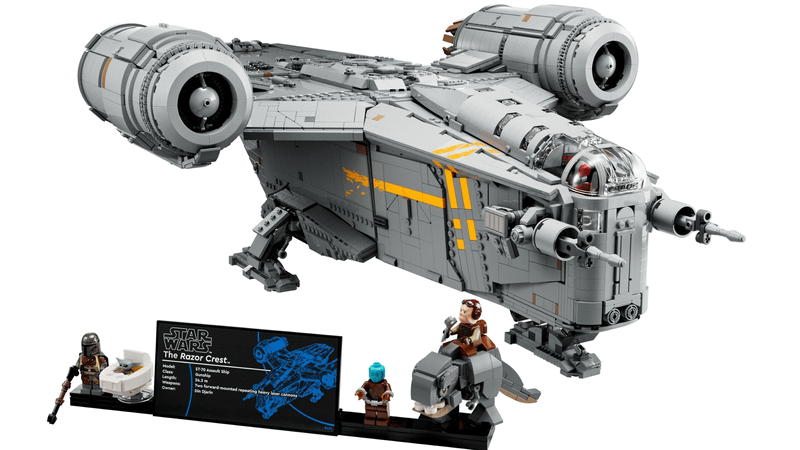 After Din Djarin got his hands on the Razor Crest during The Mandalorian Season 1, it was no surprise to see LEGO make a set for his flying vessel the way the company did in 2022. While it boasts a pricey $599.99 USD price tag, fans also have 6187 pieces to work with to build this ship, which should take even the best LEGO masters plenty of time to complete.

First seen on the snow planet Hoth in 1980's Episode V: The Empire Strikes Back, LEGO went all-out with a version of the AT-AT walker that became one of the biggest Star Wars LEGO sets in the company's history. Released in 2021, the set ties for the most expensive product on the list at $849.99 USD, the brick count goes all the way up to 6785 for this massive Empire weapon. 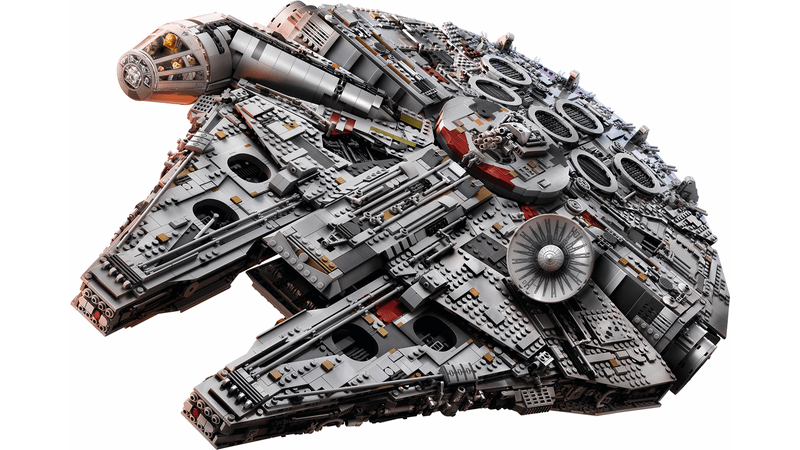 The second Millennium Falcon on this list was released in 2017, and it sets the record for both the highest price and highest piece count for any of the ten entries on this list. It ties with the AT-AT walker for the most expensive set at $849.99, and it sets the mark for most pieces by a wide margin at 7541, the only set that's made up of over 7000 bricks.

Where Does LEGO Go From Here?

2023 should add to LEGO's Star Wars collection after The Mandalorian Season 3, The Bad Batch Season 2, and Ahsoka make their way to Disney+. While there are no signs pointing to what new vehicles or landscapes will take the spotlight, LEGO should have every resource available to give fans the blocks and tools needed to replicate those moments when they arrive.

All of the Star Wars movies and Disney+ shows mentioned in this list are available to stream on Disney+.

Black Panther 2 Would Be ‘Worst Movie Ever’ Without These 2 Scenes, Reveals Director