Spider-Man: No Way Home is no stranger to leaks. Every other day we are talking about some new massive leak, either about Tobey Maguire or Andrew Garfield's Spider-Man, or something related to Charlie Cox's Daredevil. This new strange leak, however, might give us the firmest confirmation yet that Tobey Maguire's Peter Parker is in fact appearing in Spider-Man 3.

After more than a year of wild rumors and confirmed news about casting and stories, promotion for Spider-Man: No Way Home is finally in high gear. With two full trailers already released to the public and just over three weeks until its release, Marvel and Sony are pulling out all the stops to show exactly how big this threequel will be.

As has been the case all year, the new promo material is focusing on this movie’s villains, including Doctor Octopus and the Green Goblin, who will make their mark on the MCU. With these villains comes the potential of heroes as well, and fans are on the edge of their seats waiting for more news on how Tobey Maguire and Andrew Garfield’s Spider-Men to join the fray.

Marvel and Sony have done what they could to keep both Maguire and Garfield off the radar before No Way Home’s release, although that hasn’t stopped teases for both heroes making their way into the public eye. That continues with a new image promoting the Multiversal threequel, although it took a sharp eye to find what will surely keep the hype for the movie-going strong.

Bark Box, a monthly subscription for dog products, recently launched a special No Way Home-themed box, which included the likes of Spidey Bites dog treats and a Doctor Strange plushie. The inside of the box itself featured a pamphlet showing Tom Holland's Integrated Spider-Man suit, with half of it intercut in black & white with a Daily Bugle cover in the background: 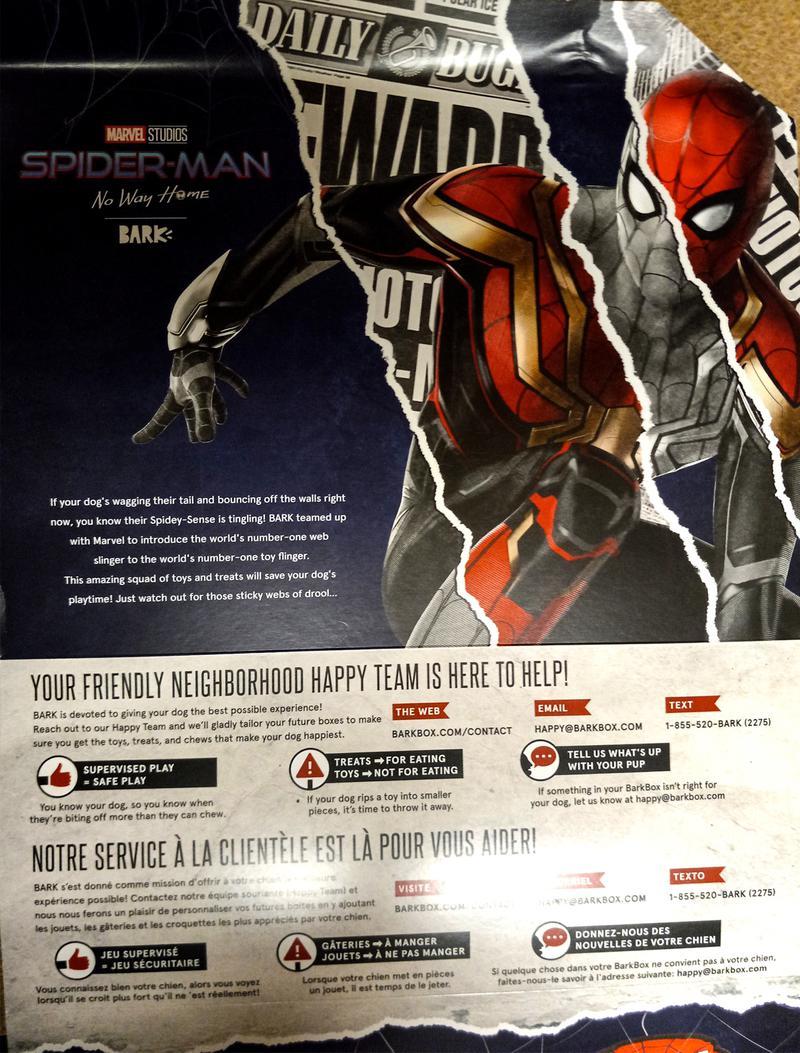 Looking closely behind the central hero's head, part of another Web-Head can be seen in black and white: 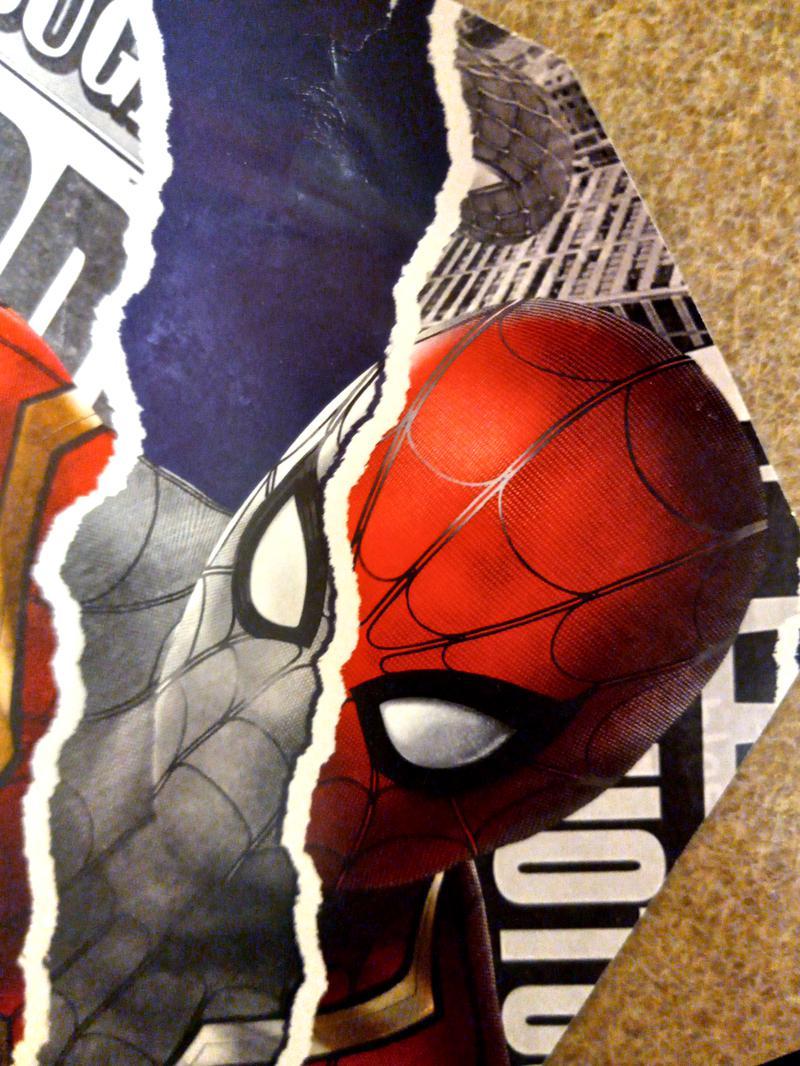 A closer look confirmed that this is indeed the head of Tobey Maguire's Spider-Man from Sam Raimi's original Spider-Man trilogy. 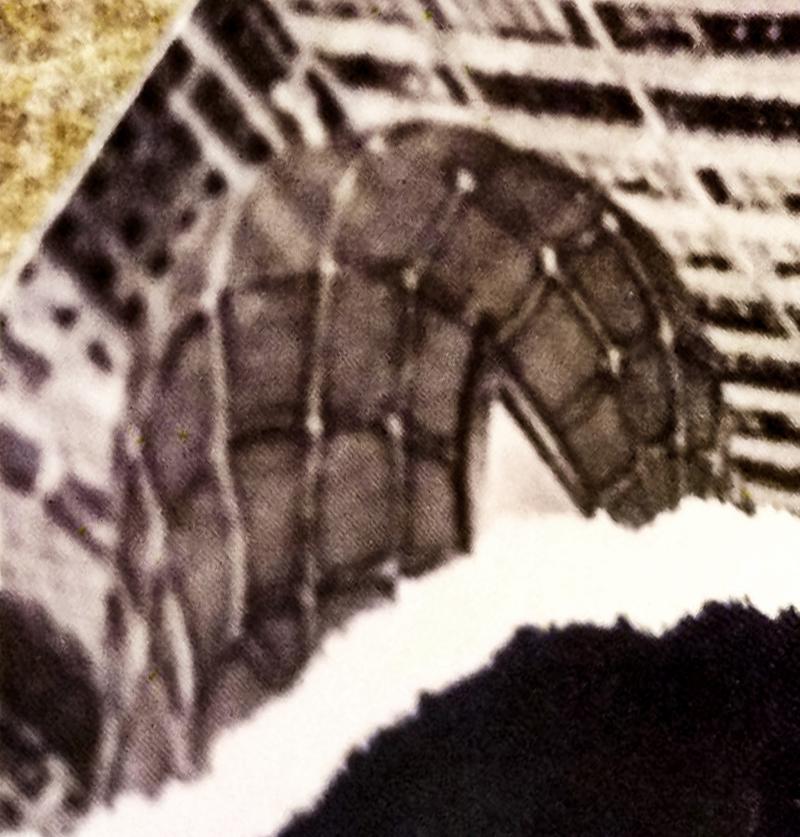 This exact promotional image comes from one of the Daily Bugle cover photos featuring Tobey Maguire's web-slinger on display in the background of scenes in 2002's Spider-Man: 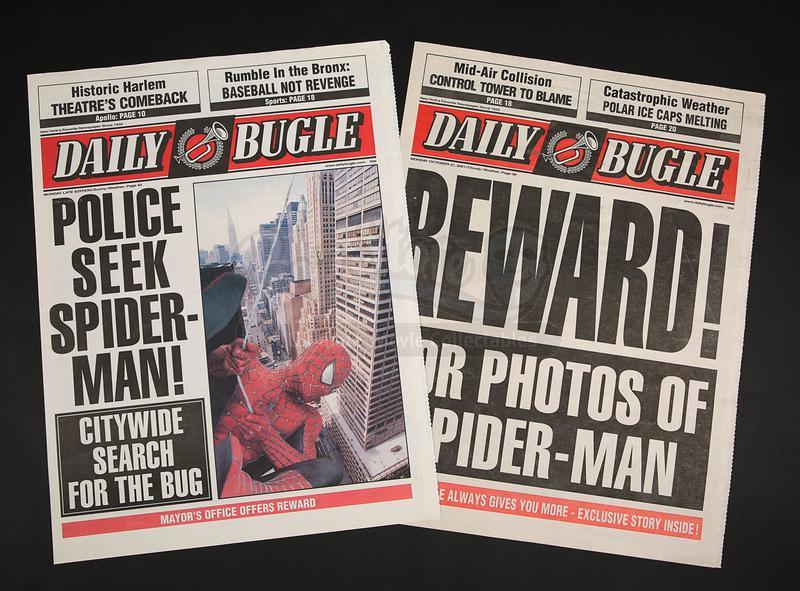 Sony does have a history of re-using promotional material from its previous Spider-Man entries for its newer movies. Notoriously, the first trailer for Morbius included an image of Tobey Maguire's Spider-Man.

With all the other leaks and rumors surrounding Tobey Maguire in Spider-Man: No Way Home, however, this ad is just one more in a sea of evidence pointing towards his appearance.

Another Maguire Tease for No Way Home?

Garfield and Maguire's Spider-Man: No Way Home appearance rumors have circulated ever since Jaime Foxx's casting as Electro was reported by The Hollywood Reporter in October 2020. The actors are getting prepared for No Way Home in two vastly different ways; while Garfield has had to tackle the rumors head on with never-ending questions about returning as the web-slinger due to recent press interviews for other movies that he's starring in, Maguire has stayed completely off the radar with not many projects on his resume over the last few years.

With three villains from Maguire's Spider-Men movies already confirmed for return in No Way Home, it appears that signs are now pointing to Maguire having to face them himself once again.

A recent TV spot featuring Alfred Molina had his Doc Ock confirming that Tom Holland's Spider-Man and the Spidey from Octavius' own universe are different. There's a strong chance that this could be the first of many references to Maguire's original Peter Parker, which fans are hoping leads to him making a full appearance as part of a heroic trio.

With only a few more weeks until No Way Home makes its full arrival, Maguire and Garfield will continue to be a part of discussions regarding this threequel's game-changing plot. Although there are no guarantees that the two will bring their heroes into the action alongside Holland, the chances of both heroes showing up are now sky-high.