"If you were good enough, then maybe Tony would still be alive." One of the main themes of last summer's Spider-Man: Far From Home put Peter's struggle to move past the death of Tony Stark on full display, and was one of the main plot points of the film. Peter's relationship with Tony, both as a friend and a mentor, has heavily influenced Spider-Man's character development in the MCU, having Tony step in as the father figure that Uncle Ben served as in most of Spider-Man's comic runs.

One of the most unique ways that Marvel Studios explored this shortcoming of Peter's was by having the sequel's main antagonist Mysterio scare Spidey with an undead illusion of Tony in his classic red-and-gold armor, that emerged from his grave and clumsily engaged Peter in classic, terrifying Hollywood fashion. Now, after almost a year has passed since the debut of the Spidey sequel, fans will get to remember the late, great Tony Stark in a very different fashion than ever before.

Revealed earlier in the week on their Instagram page, Iron Studios has announced their new, limited edition Iron Man Illusion Deluxe Art figurine, made to resemble the undead Iron Man as shown in 2019's Spider-Man: Far From Home . Announced half a year in advance, this figure is now available for preorders with a retail pricetag of $179.99 ahead of its December 2020 release. 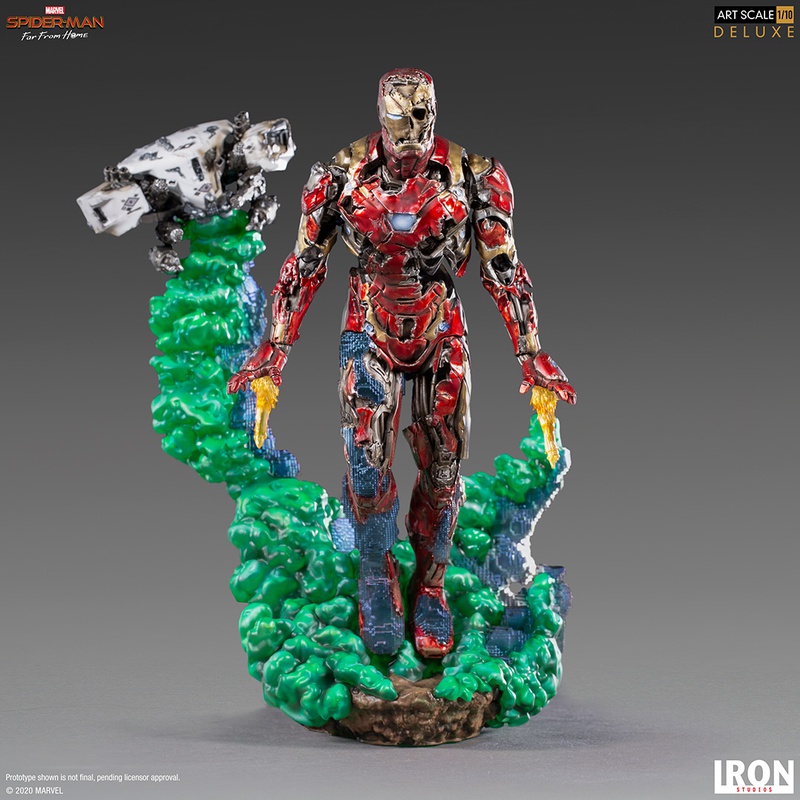 The full frontal view of the 8-inch statue shows off the original Marvel Studios design of the illusion-based undead Tony Stark in his famous Civil War armor, that was used against Peter Parker in Spider-Man: Far From Home . 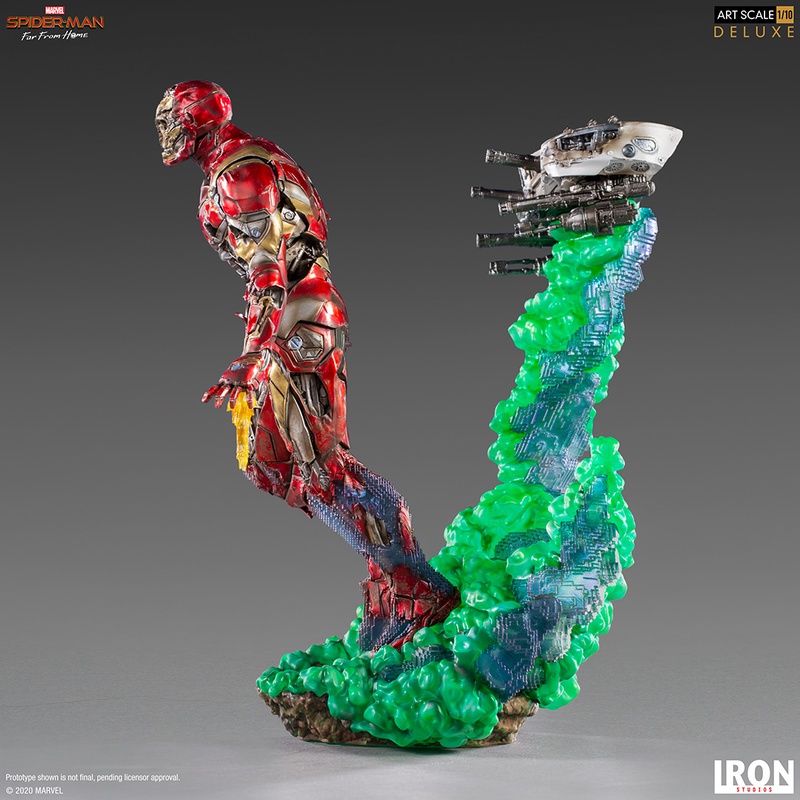 A side view of the hand-painted sculpture reveals a great profile of the illusion tech that Mysterio used against Peter in the film, mixing between the heavy use of green mist and the blue hue from the drone's projections. 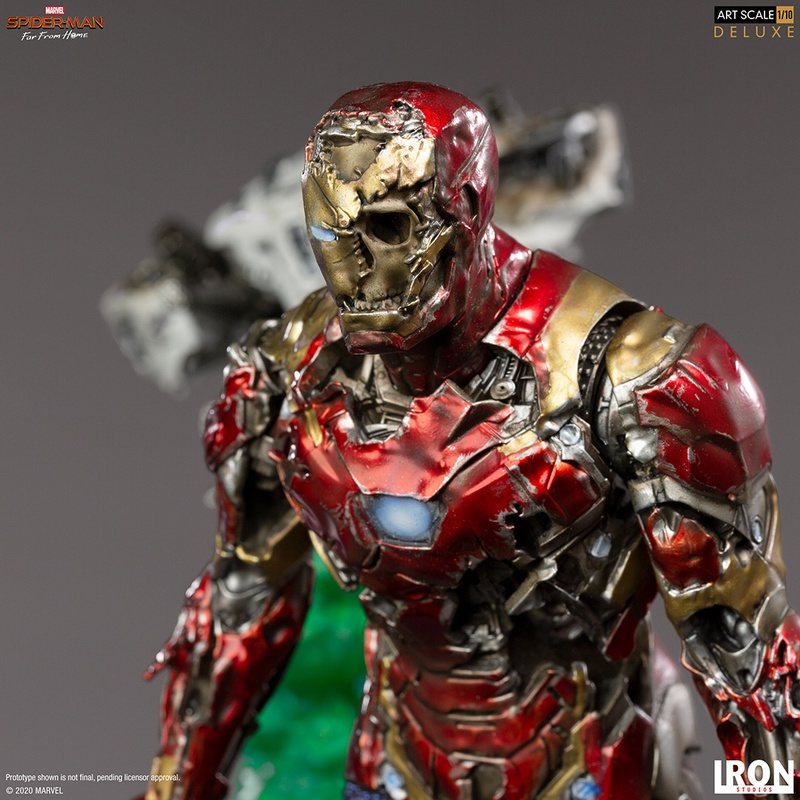 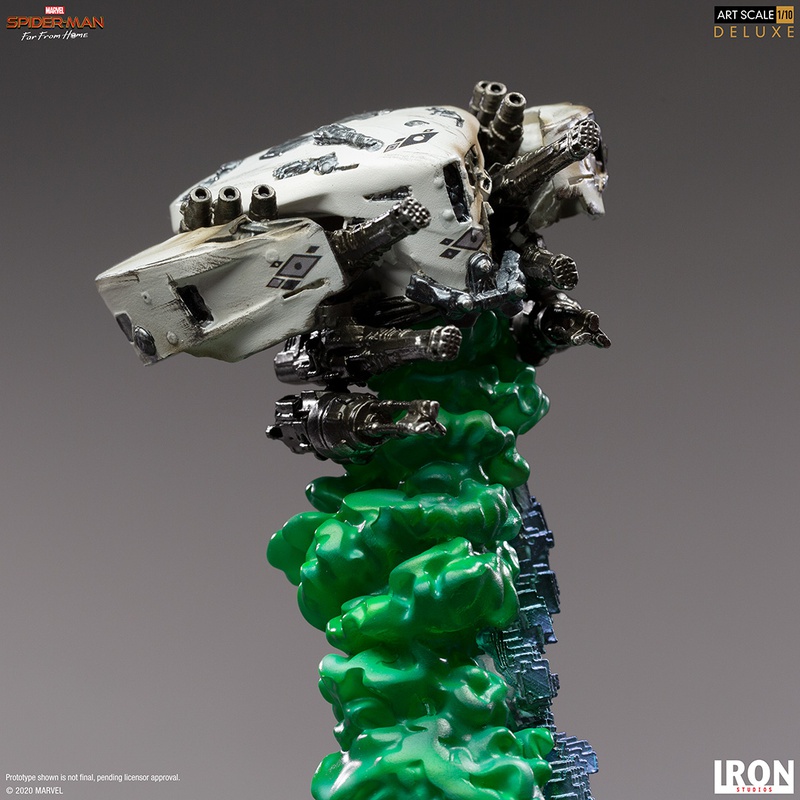 The two close-up images above that are also included on the product's landing page - one of the decayed face of Earth's greatest hero, and one of the drone projecting the illusion - showcases the amount of meticulous detail that will be incorporated in each model, which only further compliments the jaw-dropping imagery that was incorporated into the 2019 summer blockbuster. 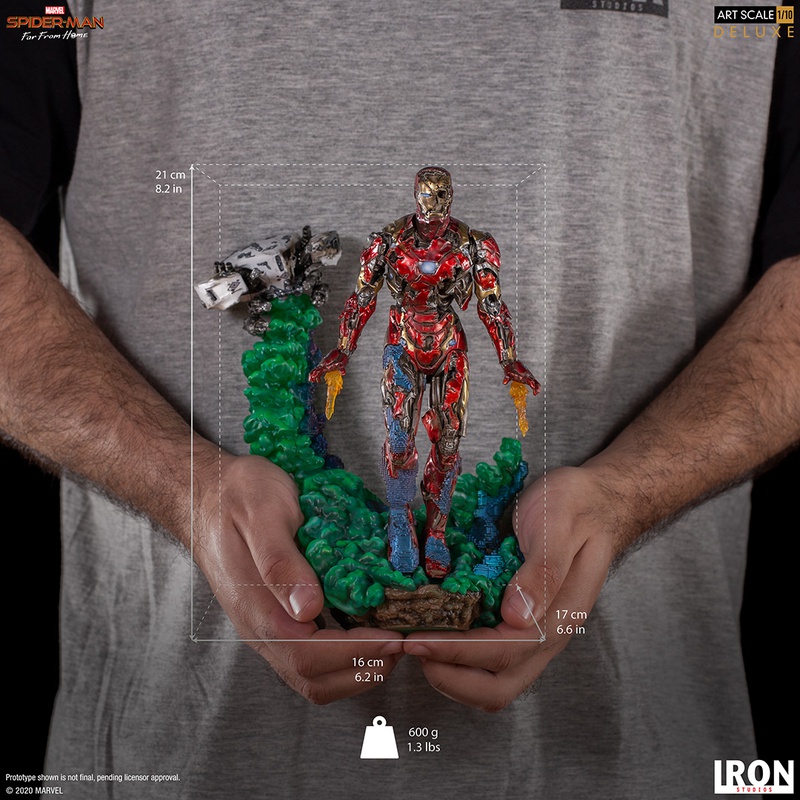 Standing at 21 centimeters tall, this 1/10 scale model is surely going to give Stark fans one final bang for their buck as Tony's MCU presence is once more immortalized, this time postmortem.

As one of the most unique MCU collector's items, it's no surprise that fans want to get their hands on this gorgeous piece of memorabilia. But what's impressive about this upcoming release is that the MCU released Far From Home in July 2019, yet will still be distributing the movie's merch more than 18 months after the fact.

Some may see this announcement as just another attempt to keep fans' interest in the MCU as high as they can while waiting to start releaseing the highly anticipated Phase 4 of Marvel films, but this news is exciting nonetheless, as collectors of MCU merchandise now have the opportunity to take home a piece of one of Far From Home' s most memorable moments.

This Iron Studio figure is now avaible to purchase on their website.

'How to Train Your Dragon' Remake In Live-Action Reportedly Underway