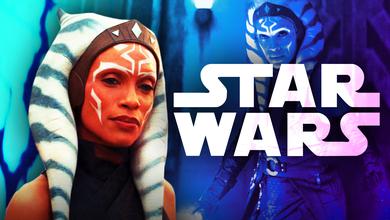 The Mandalorian Season 2 is thoroughly exploring the aftermath of the original trilogy of the Skywalker Saga by bringing along notable characters from other Star Wars projects. The sophomore run of the hit Disney+ series already reintroduced Boba Fett into the show's narrative while also featuring the live-action versions of characters like Bo-Katan and Cobb Vanth.

Still, the latest episode of The Mandalorian delivered one of its biggest cameos yet in the form of Ahsoka Tano. Played by Rosario Dawson, the fan-favorite former Jedi from Star Wars: The Clone Wars and Star Wars Rebels made an impressive live-action debut in “Chapter 13: The Jedi,” showcasing hard-hitting lightsaber action and paying homage to the franchise's past.

In an interview with Star Wars.com, Rosario Dawson, who portrayed the live-action version of Ahsoka Tano in The Mandalorian Season 2, revealed that she would love to return as the fan-favorite character down the line:

“I mean, I would love that opportunity. I think it's so cool that this show exists. I think it's so cool that I got to show up and give information about this character, the Child, that everyone's loved so much. You know, that she was not so much showing up as a cameo, but really being a storytelling device for new fans that have fallen in love with yet another new character that we're getting to see grow. Little Grogu is just amazing.”

Dawson also shared that it's “really amazing” to bring the essence of lightsabers into The Mandalorian, admitting that she's “really grateful for that opportunity:”

“It's interesting watching the Mandalorian, realizing you're not seeing lightsabers, you're not seeing a lot of what we love about Star Wars. It was really amazing to be able to have that gift of being able to bring that into this series and into this space, and I'm really grateful for that opportunity.”

It isn't surprising that Dawson would be down to play Ahsoka Tano once again in a future project, especially after her excitement towards nabbing the fan-favorite role. Not only that, the enthusiasm and willingness of Dawson in playing Ahsoka bodes well for both the fans and the Star Wars franchise, seemingly hinting that the actress will be in it for the long run.

Ahsoka's appearance in The Mandalorian has laid the groundwork for the character to return at some point. In a way, the character's continued pursuit of Grand Admiral Thrawn is a compelling narrative on its own, and this could potentially pave the way for the birth of the long-rumored spinoff show centered on the former Jedi.

Interestingly, it was previously rumored that Lucasfilm is planning to create a single universe where all the Disney+ shows will be connected by a central storyline. Given that, it's safe to say that Ahsoka's presence in The Mandalorian is only the beginning, and there's a strong chance that fans will see more of the former Jedi in other Star Wars shows sooner rather than later.