Robert Rodriguez Shares The Mandalorian Baby Yoda Set Photo, Confirms He Is a Director for Season 2

Star Wars news has been out in full force for this May the 4th holiday, as a new film and TV series have been officially confirmed. Peyton Reed announced that he directed an episode for The Mandalorian's second season, adding to the list of already confirmed directors for the hit show. The celebration continues, as another director has now shared they will be accompanying Reed in The Mandalorian's directors chair...

Robert Rodriguez confirmed via Twitter that he directed an episode for The Mandalorian Season 2. Alongside the announcement came a behind the scenes set picture with Rodriguez in cockpit of the Razor Crest with some important cargo - The Child: 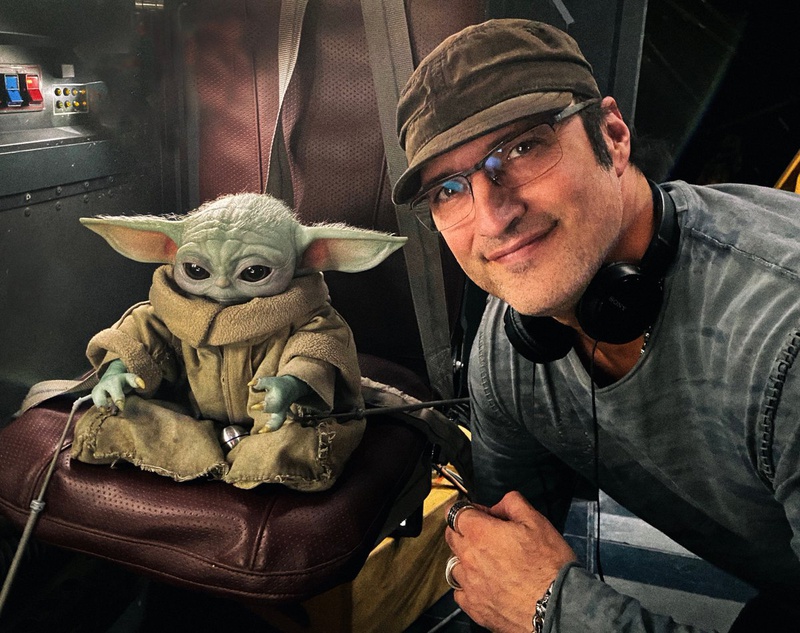 Rodriguez's invovlement with The Mandalorian has been rumored for some time now, and his track record indicates he'll be a great pick for this series. With this announcement, Rodriguez now joins Jon Favreau, Dave Filoni, Peyton Reed, Carl Weathers, Bryce Dallas Howard, and Rick Famuyiwa on the confirmed team of directors for the Mando's sophomore season, forming up an incredibly talented list. Clearly Rodriguez's priorities are in place, as the photo he shared with Baby Yoda is enough to get fans craving any footage they can get for the three-fingered star. The Child has already been promised by the series' animation supervisor to be well on his way, so it's only a matter of time until a trailer and, eventually, the second season hit.