The Marvel Cinematic Universe is ever-evolving. Since Kevin Feige and company introduced the Avengers with solo-outings in Phase 1, Marvel has “mutated” their means of debuting fan-favorite heroes.

Before they became main characters (or antagonists ) of their own solo flicks, many Marvel characters premiered in supporting roles or cameos in other films. Natasha Romanoff originally suited up in Iron Man 2 , Black Panther first donned his vibranium claws in 2016’s Captain America: Civil War , and the inter-galactic sociopath Thanos made his official (non-post credit) debut in 2014’s Guardians of the Galaxy .

In order to drum up interest for their eventual solo projects, Marvel Studios has favored peppering future front-line Avengers in already-established projects. With Disney’s acquisition of 21st Century Fox, the MCU now has the fantastic family and hundreds of mutants to experiment with in their massive sandbox of intellectual properties.

While we may be a ways away from a Marvel Studios X-Men flick, there’s precedent to say that fans won’t have to wait until then to see their favorite mutants. Without further adieu, here are The Direct’s predictions of where Charles Xavier’s gifted students could debut. 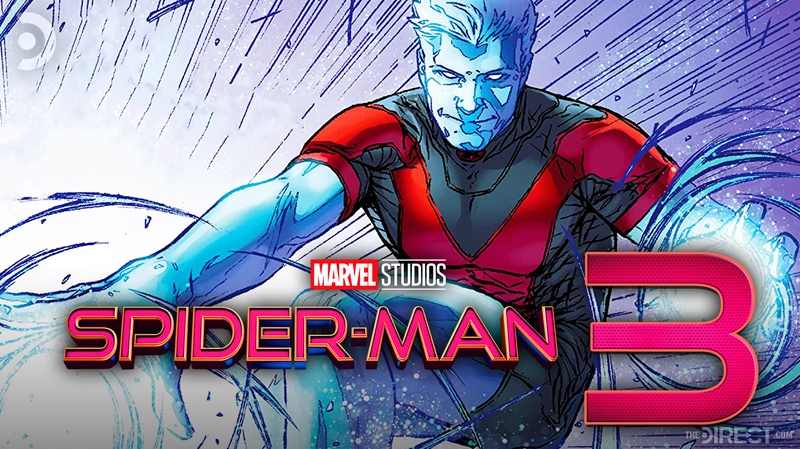 Bobby Drake has never been a leading X-Man, but he has become one of the most popular supporting mutants Xavier has to offer.

Portrayed by Shawn Ashmore in numerous Fox X-Men movies, the arctic arc of Iceman centered around his romance with Rogue and his explosive relationship with Pyro. As one of the younger X-Men, Drake found himself “coming out” to his parents as a mutant in X2, a scene that has withstood the test of time and is often praised for its real-world undertones.

Being that his age matches the youngest Avenger, it would not be out of the ordinary to see Bobby Drake pop up in the next Spider-Man flick. In the comics, Drake hails from Hempstead, NY, a mere 17 miles away from Peter Parker’s apartment in Queens. Similar to how Donald Glover briefly appeared as Aaron Davis in his pre-Prowler days in Spider-Man: Homecoming , Bobby Drake could show face as an ordinary classmate of Peter’s, unaware of his mutant future. 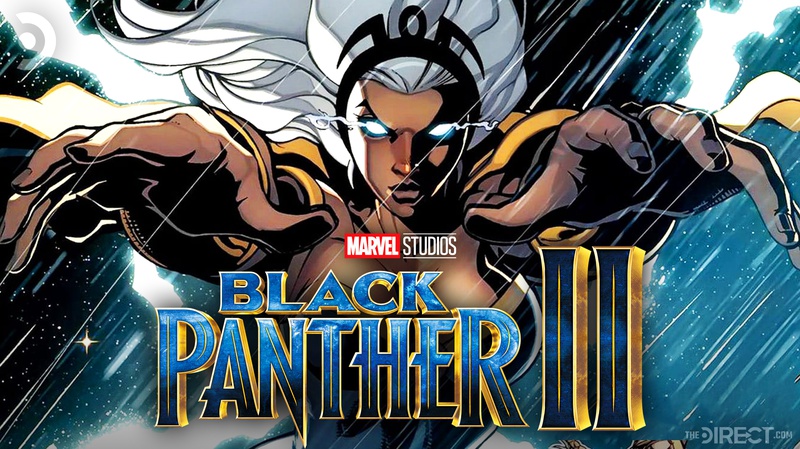 While none of these predictions are guaranteed, this is the one to bet on.

Ororo Munroe’s most notable comic arc follows her romantic relations with Black Panther . The weather-controlling mutant even marries the King of Wakanda on the page, and fans have been clamoring for that to translate to the silver screen.

With the acquisition of the mutants, Marvel Studios has the possibility to explore aspects of Munroe that were passed upon previously. Integrating her into a Black Panther sequel is one of the easier links Marvel could make between the Avengers and X-Men. Similar to how fans were introduced to T’Challa in Captain America: Civil War , debuting Ororo Munroe in Black Panther II would make for a perfect storm.

Wolverine - The Falcon and The Winter Soldier 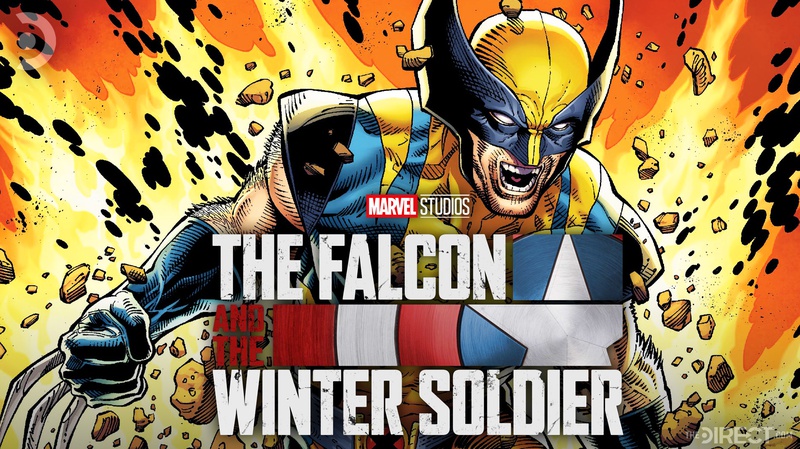 It will likely be a minute until Wolverine claws his way into the MCU, but there’s reason to believe that his debut will come sooner rather than later.

Leaked photos from the set of The Falcon and The Winter Soldier have revealed the flag of Madripoor . In the comics, Madripoor is a fictional island in Southeast Asia, and has often been linked to Wolverine-driven storylines. While the inclusion of a Wolverine-centric location is far from confirmation that the metal-skeletal mutant will be in the show, it is a strong indicator that his existence will be teased.

Hugh Jackman’s portrayal of Logan followed his mysterious origins across many films, eventually revealing the mutant’s adamantium-infused skeleton as a result of a William Stryker experiment gone rogue . While rights issues prevented Fox from exploring Wolverine’s full comic origins, the MCU has the ability to directly link Logan to other established MCU heroes.

Wolverine’s metal transformation was officially classified as Weapon X , but that letter represents more than just a sneaky X-Men pun. Weapon X actually refers to the Roman numeral for ten, as Logan was the tenth subject of the Weapon Plus program. And as for who was the first, Weapon I, in the comics? None other than Steve Rogers . 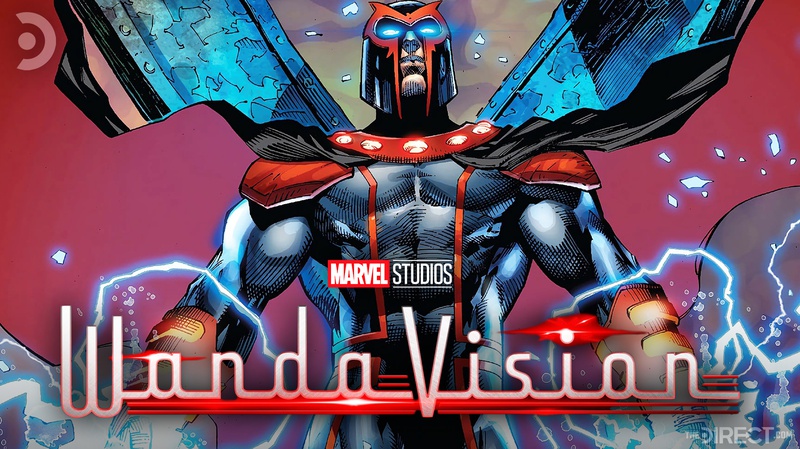 X-Man. Founder of the Brotherhood of Mutants. Ruler of Genosha. Father of twins?

As many fans know, Magneto is the father of Quicksilver and Scarlet Witch in the comics. X-Men: Days of Future Past teased this when Evan Peters’s Quicksilver breaks Magneto out of the Pentagon prison , and further confirmed their relation in X-Men: Apocalypse . With the MCU version of Pietro Maximoff dead , Magneto’s daughter only remains.

WandaVision is rumored to tell the tale of Scarlet Witch descending into madness as she creates false realities to help her cope with the loss of Vision. Could one of those false realities introduce Erik Lehnsherr, her father? Perhaps the metal manipulating mutant is the one to calm Wanda Maximoff down after she goes mad?

Magneto plays an essential role in Scarlet Witch’s popular “ House of M ” comic storyline. With rumors that themes from House of M will make their way into Elizabeth Olsen’s Disney+ series, it is only appropriate that Magneto would follow.

Psylocke - Shang-Chi and the Legend of the Ten Rings 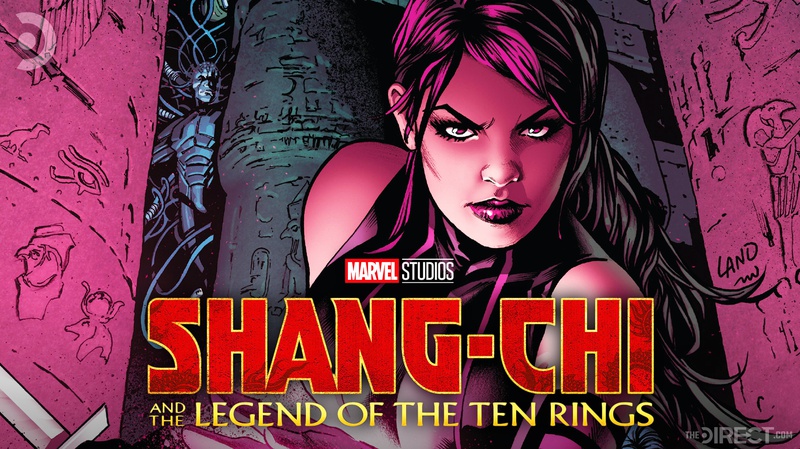 Details about Marvel’s first Asian-led superhero flick have been kept under wraps, but that hasn’t stopped speculation from running wild.

Rumors have swelled that Shang-Chi will have to battle many challengers in hand-to-hand combat in his debut film, and who better to oppose the master of Kung-Fu than an expert martial artist in Psylocke?

First appearing on the big screen in 2016’s X-Men: Apocalypse , Olivia Munn’s portrayal of Elizabeth Braddock was heavily criticized for depowering the “ Omega-level ” mutant. Having her showcase her full strength in Shang-Chi could provide a perfect opportunity to introduce the fan-favorite mutant into the MCU. Interestingly, a less-popular mutant by the name of Wiz Kid is rumored to make an appearance in Shang-Chi.

As previously stated, not much is known about Shang-Chi ’s plot; however, fans do know the movie will include the real Mandarin . While Psylocke has gone under many different pseudonyms in the comics, one notable alias sticks out amongst the rest: Lady Mandarin.

Jean Grey - Doctor Strange in the Multiverse of Madness 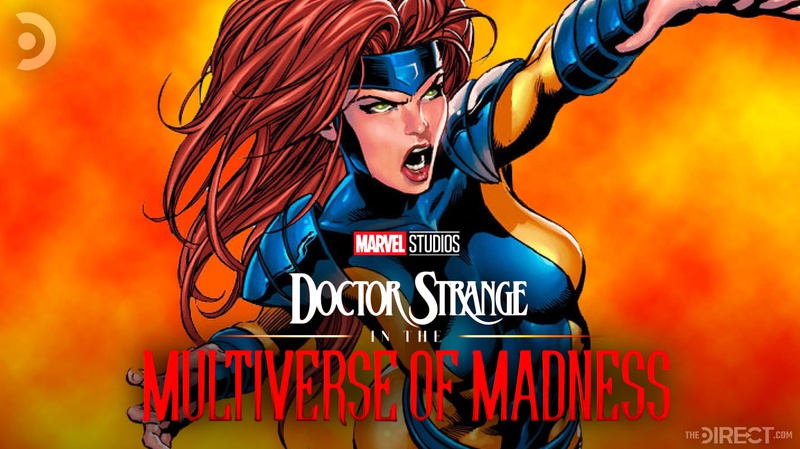 Doctor Strange will be teaming up with Scarlet Witch when they enter the multiverse of madness, so why not take the opportunity to incorporate another reality-bending hero?

Jean Grey has been one of the main centerpieces of the Fox X-Men flicks. The Dark Phoenix storyline was even the subject of not one, but two previous X-Men films , but was unfortunately botched each time . While the ship has likely sailed on another attempt at the infamous comic storyline, that doesn’t mean Marvel can’t take their own unique crack at the ruby-haired mutant.

While her powers are not necessarily mirror images of Stephen Strange’s sorcery or Wanda Maximoff’s magic, Jean Grey’s telekinesis is definitely grouped with the “weird” abilities . Knowing that the Strange sequel will dive head-first into the multiverse, this follow-up provides a unique opportunity to bring in Sophie Turner to reprise her role, or even Famke Janssen from the OG X-Men trilogy to continue the Phoenix legacy. 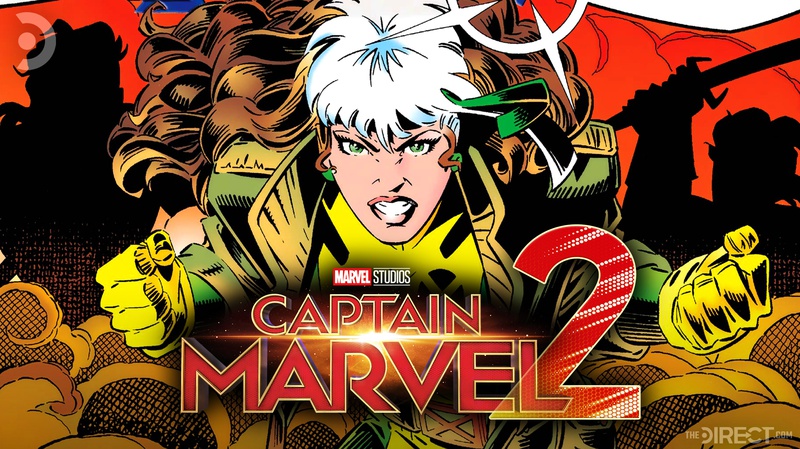 One of the most significant rivalries in Marvel comics comes between Carol Danvers and Anna LeBeau, better known as X-Men’s Rogue.

Dating back decades , the feud between the two female heroes is centered around Rogue using her abilities to drain Captain Marvel of her powers, and some of her memories. In this robbery, Rogue absorbed Carol Danvers’s powers, but also some of her consciousness, which led to occasional internal takeovers of Rogue’s body from Captain Marvel.

Once the conjoined personalities split it in two, Captain Marvel was less than pleased with Rogue. The two came to blows multiple times, and never fully resolved their conflict. After parting ways with a truce of sorts, the two would square off once again in 2012’s "Avengers vs. X-Men" comic storyline .

Fans criticized 2019’s Captain Marvel for failing to put Brie Larson’s Carol Danvers on a hero’s journey , as she only got stronger throughout. What better way to right that wrong than by having her powers evaporated by Rogue, only for Captain Marvel having to fight back to regain them?