While Marvel Studios is moving full speed ahead with the Multiverse Saga, it was all built on the incredible story that came through in Phases 1-3 in the Infinity Saga. From Tony Stark's transformation into Iron Man to the Avengers assembling to take down the Mad Titan Thanos, Disney set the standard for what an interconnected universe of movies could be with the Infinity Saga.

With 23 movies making up the first huge slate of Marvel Studios' story, Disney has taken countless opportunities for merchandising that celebrates what the MCU delivered between 2008 and 2019. One example has been variants of comic covers that pay tribute to these movies, although there are plenty of other collectibles that fans have purchased over the years as well.

Now, with three years having passed since Spider-Man: Far From Home closed out the Infinity Saga, Marvel is revisiting this set of stories and focusing on its core set of MacGuffins - the Infinity Stones. But this time, fans have the chance to go even deeper with merchandise focusing on the Stones' homes before they found their way into Thanos' Infinity Gauntlet for the first time.

The @shopDisney Twitter page announced the sale of a collection of relics celebrating the Infinity Stones from the Infinity Saga. These will be available over an undisclosed period of time, with Disney unveiling a new replica of each Stone's housing item one at a time.

This starts off with the Tesseract, which held the Space Stone and originally debuted in the post-credits scene of 2011's Thor. This will continue with Loki's Scepter from The Avengers, the original home of the Mind Stone, and the container that held the Aether (Reality Stone) from Thor: The Dark World.

The Orb from Guardians of the Galaxy will come next as the item that held the Power Stone before Doctor Strange's Eye of Agamotto arrives with the Time Stone in tow.

While the Soul Stone was never encased in a specific item, fans will still get their hands on all six powerful entities. This will come with the release of the Nano Gauntlet, which Smart Hulk used to bring back half of all life in the universe in Avengers: Endgame.

Already available on Disney's website is the Space Stone, which is made in a 3 and 2/3'" by 3 and 2/3" model that requires three AAA batteries.

Turning on the replica makes the Tesseract glow, just as it does in the MCU with the Space Stone shining in the middle.

The Space Stone comes with its own collectible case, which looks similar to the equipment that SHIELD used to contain it in The Avengers. 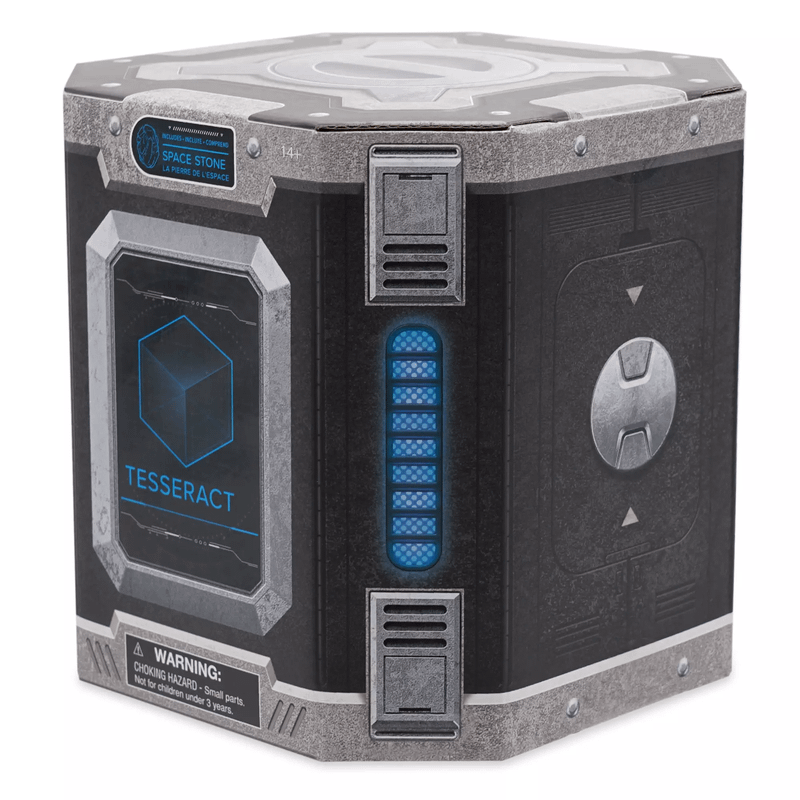 The Tesseract replica comes with a $99.99 price tag and is available for purchase now.

"The Tesseract Has Awakened"

The Infinity Stones were one of the key driving forces throughout the Infinity Saga, as five solo movies featured them as key plot devices before they took starring roles in Avengers: Infinity War and Avengers: Endgame. Now, this new round of merchandising gives fans a new twist on these six items by featuring the items that were used to hold them over thousands of years.

The only real question now is what timing Disney will use to release all six items, especially with the Tesseract collectible already being available for purchase today. It's also unclear if the other items that are bigger in the MCU will be life-size replicas or closer in size to the Tesseract, although they all look to be of very good quality.

Regardless of how the details play out, this set of collectibles will be yet another fun addition to fans' sets as the Infinity Saga remains one of the most impressive feats in movie history.

20 of the 23 MCU movies from the Infinity Saga are available to stream on Disney+, with the only exceptions being The Incredible Hulk, Spider-Man: Homecoming, and Spider-Man: Far From Home.