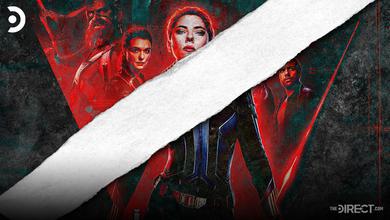 It has been assumed that any delay within the MCU could have wide-spanning effects on the entire franchise. So, when it was announced that Black Widow would be delayed, fans expected the rest of the slate to be pushed back with it, which it was.

Unfortunately, last week, Deadline had reported hearing "whispers" from Disney about delaying the release of Black Widow in reaction to Wonder Woman 1984 moving. But, then things looked brighter when just this morning when it was reported that Disney was gearing up for Black Widow to release internationally.

Now, it seems like Marvel Studios may be forced to push the slate back again as Disney reconsiders the November 6th release date for Black Widow.

Variety is reporting that Disney is likely to delay the release of Black Widow again, which was slated to release on November 6th.

No new date has been confirmed or rumored with Disney declining to comment.

Not to mention the earlier report, just this morning, about how Disney is preparing localization for Black Widow in countries like India. It seems like all signs were pointing to Disney preparing to release Black Widow in some form, in theaters or on Disney+. However, this sudden delay could be blamed on the lackluster performances of Tenet and Mulan, both in theaters and on Disney's premium streaming program.

At this time, it still isn't clear whether or not Mulan performed well enough on Disney+ to justify the same plan with Black Widow, but supposedly, according to Variety, they'll try it again with their animated movie Soul. It could still be possible that Disney are simply not going to release Black Widow stateside and instead focus on an international release, while also releasing it on Disney+ simultaneously.