WandaVision proved to be a pop culture phenomenon when it was released, providing the perfect start to Phase Four of the MCU. It even set up Elizabeth Olsen's Scarlet Witch for Doctor Strange in the Multiverse of Madness, where she caused just a little bit of mayhem. But what about Vision?

That's a great question. The false version of Paul Bettany's android was wiped away when Westview got taken down. However, there's still the new physically formed version of himself out there in the world.

After a moment of philosophy between two Visions, the white one, housed in the original Vision's body, flew up into the sky, never to be seen again. At least, not yet.

Since the WandaVision finale, fans have been wondering when and where he might pop up next. Finally, thanks to a new rumor, the world may now know.

Vision Gets a Show 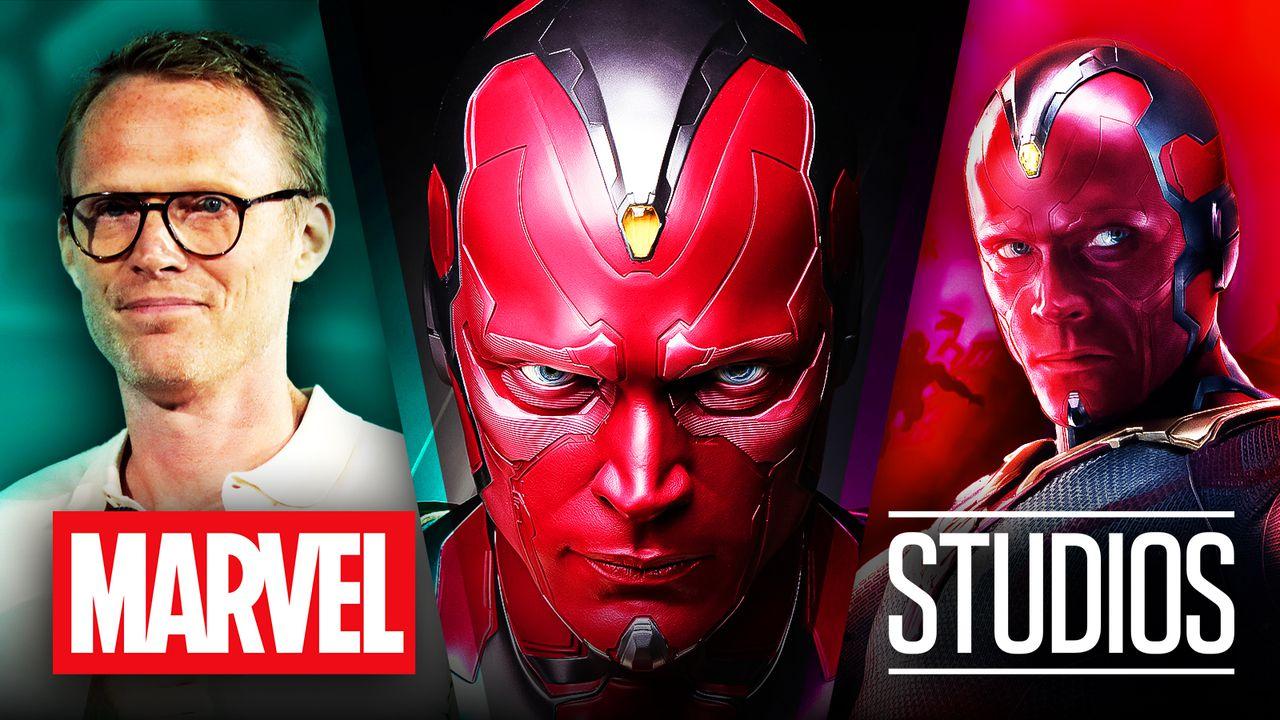 The reporter revealed that Marvel Studios and Disney+ are working on a new "Vision show titled Vision Quest:"

"I'm told that next week, Marvel will be opening a writers' room for a Vision show titled 'Vision Quest'."

When asked if the comic storyline by the same name is going to be part of the plot, Sneider clarified how "[he] doesn't know if it'll be that storyline."

He continued by revealing that this is "coming from a good source who has been accurate in the past."

For those who don't know, in the comics, Vision Quest sees Vision dismantled, taken apart, and then turned chalk-white—all things that have already played out in WandaVision. He also became incapable of feeling emotions, something that leads to the separation of him and Wanda.

What Does the Future Hold for Vision

While most of the story beats of Vision Quest have been seen in the MCU, one odd connection might be important to the Multiverse Saga: Kang the Conqueror.

In the comics, Immortus, who is one of the villain's Variants, is revealed to have been pulling the strings behind many of the mishaps in Vision and Wanda's life. So could that be what the show builds to right before Avengers: The Kang Dynasty hits theaters?

There's another big storyline of the character which will almost certainly play into the series, and that's Tom King's Vision.

The critically acclaimed comic series was written in 2015 and saw the android try to make his own happy family. As one might expect, things start going wrong—but it does showcase Vision in an entirely new way.

This premise would also highlight powerful parallels to WandaVision with what the Scarlet Witch ended up doing. And could also be the avenue for the MCU to introduce his daughter, Viv to the world.

She goes on to be a big character in the comics and even joins the superhero group, The Champions. This would make her the perfect contender for the Young Avengers (or whatever they end up calling themselves on-screen) whenever they pop up.

Vision Quest does not have a release window just yet, but White Vision's debut in WandaVision is currently streaming on Disney+.