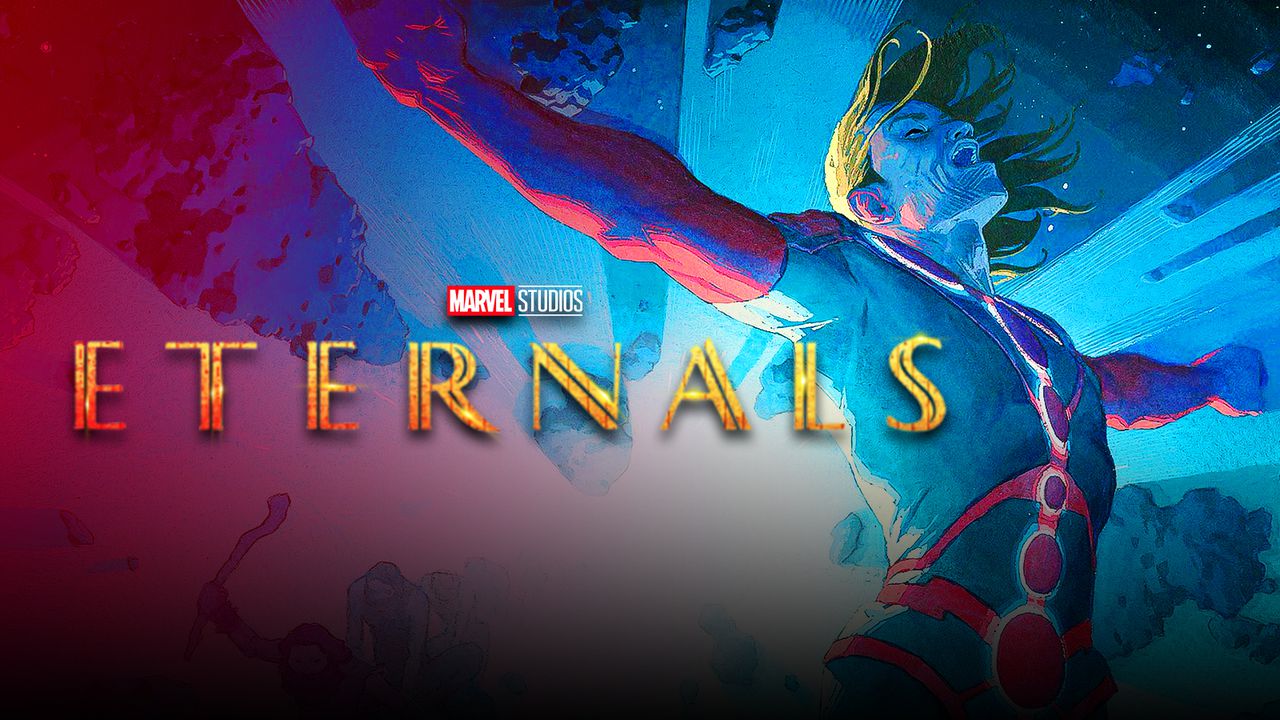 Eternals is one of the many upcoming MCU films to be hit with delays, which is now set to release on November 5, 2021. Despite the film being pushed back a full year from its original release date, star Kumail Nanjiani promised that the film "will be worth the wait."

Because of this delay, several pieces of leaked merchandise have emerged, which would have been intended to release in tandem with the original release window. The merchandise provided the first look at the villains that Eternals will be contending with. It also teased the global threat that the team will be facing in the film.

Despite the seemingly large scale, director Chloe Zhao was more concerned about telling a good story with good characters.

A new leak has now provided a look at the team altogether...

Shared by Twitter user @yeezkie, a new piece of merchandise from Eternals has leaked. The label features new artwork of the Eternals together, showing off their ornate, otherworldly costumes in a stylized art style:

This new image provides a much better look at the costumes of Eternals, displaying the intricate detail that has been implemented into their designs. While many are similar to the original concept art that was shown off in conjunction with the film's original D23 2019 announcement, there are some key differences between the costumes.

While the forms of the suits themselves and the symbols on them are largely the same, grooved lines have been exaggerated to add further detail to the costumes. This panel lining makes the suits less smooth compared to the original concepts, appearing to be made of harder, less form-fitting materials.

Some of the characters also feature more noticeable changes as well, such as Salma Hayek's Ajak bearing an ornate headdress and Angelina Jolie's Thena having much longer fabric on her costume.

Some of the characters' powers are also implied through this artwork. Richard Madden's Ikaris is displayed flying and Lauren Ridloff's Makkari is shown about to run, depicting their respective powers of flight and super speed. The team is also posed in front of what appears to be a new logo for Eternals, using the letter 'E' as the basis for the icon.

Fans can see the costumes of Eternals in full when the film releases in theaters on November 5, 2021.