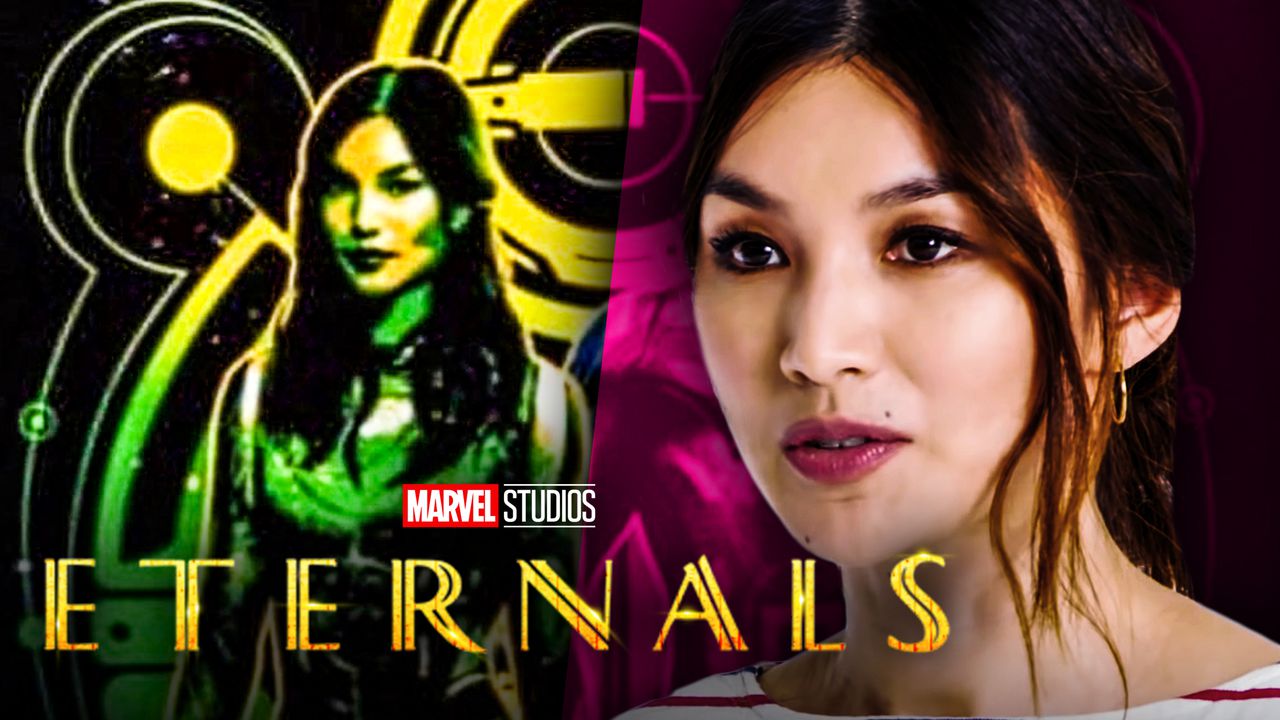 Merchandise has been pouring out for Eternals, seemingly at an even greater pace than Black Widow. Already, fans have seen what the villain Aros will look like in Eternals, which deviates greatly from the comics' design.

What has gotten fans really riled up and even excited is seeing the costumes for the Eternals themselves. Frustratingly, there have been only a few photos that give decent looks at what these characters will look like in Eternals, like Ajak and Ikaris. Now, fans have a much better look at another Eternal, Sersi, and her armor-like plating.

Several new pieces of Eternals merchandise for clothing have shown up on German website Elbenwald, with a T-shirt design showing off by far the best look yet at Gemma Chan's Sersi alongside Richard Madden's Ikaris.

The final T-shirt design focuses on what will apparently be the symbol of the Eternals, first seen on the Legends figures for characters like Salma Hayek's Ajak.

Sersi's outfit doesn't seem to be as form-fitting as expected and looks more like she's wearing some kind of plating on her chest. Looking at Ikrais next to her, keeping that in mind, it looks like his chest is also covered with an alloy. It will be interesting to see what kind of materials these costumes will be made of when seen in Eternals, as it appears to be a mix of clothing and metal.

The second T-shirt design actually makes it blatantly clear how Kit Harington's Dane Whitman has been completely absent from the merchandise, despite being the love interest of Sersi. It likely has something to do with Black Knight's costume design not being finished before post-production or that his costume would constitute a spoiler for the movie.