Back when Kit Harington confirmed that he was on the docket as none other than Dane Whitman for Marvel Studios' Phase 4 ensemble The Eternals, the only sort of sneak peek we got into his role was that "he's got a sword." Most fans were able to deduct that Harington would be given the mantle of Black Knight since Whitman is notorious for claiming the title in the comics. Then, when set photos from The Eternals were leaked back in January showing off Harrington with co-star Gemma Chan (confirmed to be playing Sersi), there was still no indication of how Harington would be showing off his new chops as he was decked out in modern-day clothing alongside Chan.

Apart from some wardrobe sightings, we've also gotten some looks at the ongoing production for The Eternals, including shots of what is assumed to be the Tomb of the Space Gods, an Aztec temple prominently featured in classic Eternals comics. Additional set photos have shown an on-location set of Babylon's Ishtar Gate, offering more looks at the ancient civilization period that the movie will explore. These intricate sets and others offered The Eternals' filmmakers a playground to shoot their movie on, yet some of these sets may not have been 100% complete when cameras started to roll.

The Direct has received exclusive news regarding Harington's upcoming Marvel attire—and the latest on how The Eternals' production timeline affected some of the movie.

According to The Direct's contributing insider Daniel Richtman, The Eternals pre-production was rushed in order to meet the movie’s filming schedule, meaning costumes were not finished, sets were not completely constructed, and even parts of the script were incomplete at the start of filming. Specifically, Kit Harington's Black Knight costume was unfinished when scenes with him in the suit were being shot, so it's likely that post-production work will be needed to digitally complete the suit a-la Iron Man and Iron Spider style. And yes, Harington will be sporting a comic accurate Black Knight costume for the studio's next epic ensemble.

Marvel Studios is no stranger to CGI'ing superhero suits onto their actors: Robert Downey Jr.'s Iron Man suit has been majority VFX in many of his Marvel film appearances while Tom Holland's Iron Spider suit was 100% computer-generated in Infinity War and Endgame. Nonetheless, there are a few different ways we can envision Harington's Black Knight costume coming together if we take a look at some comic book iterations and features: 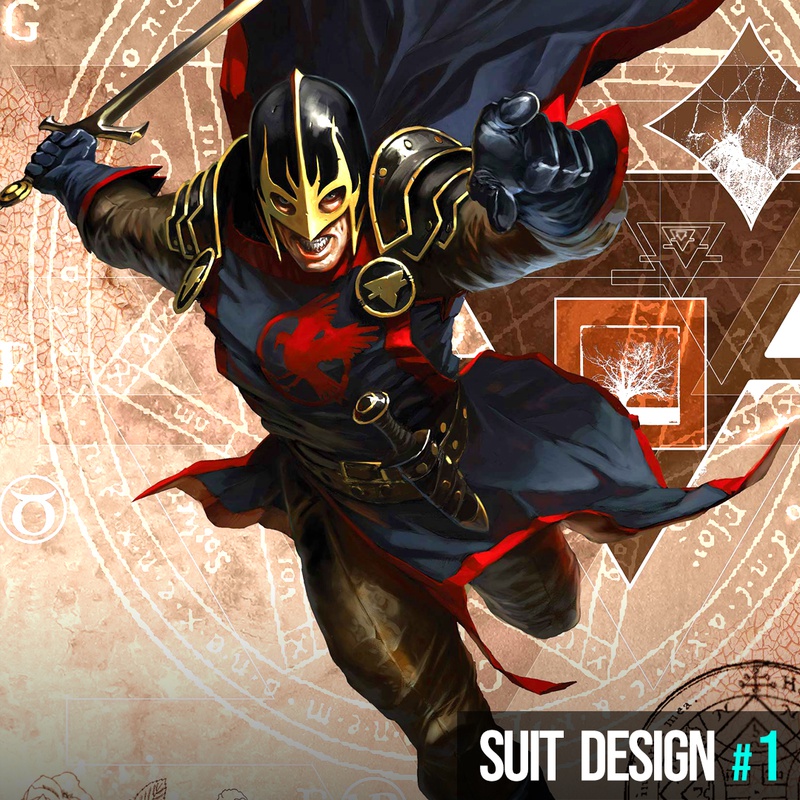 #1: From Mystic Arcana (2007) #2 / With a few of these iterations, we get some Nova vibes with the helmet design. Otherwise, this design remains pretty traditional in the knightly sense. 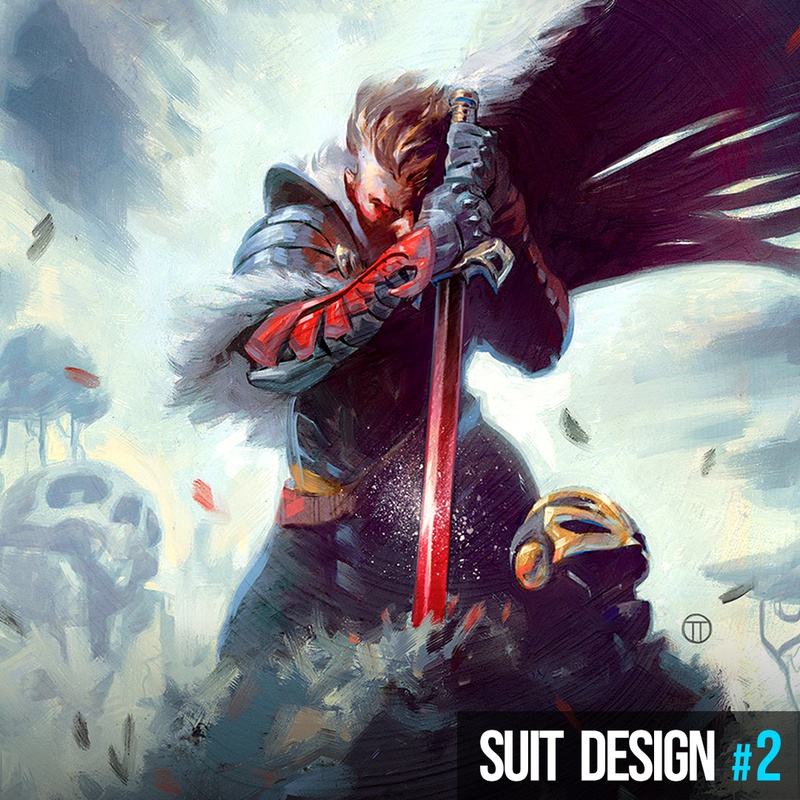 #2: From All-New All-Different Marvel (2015) / This suit has more of a Game of Thrones feel to it with the fur-padded shoulders and scaled arms. 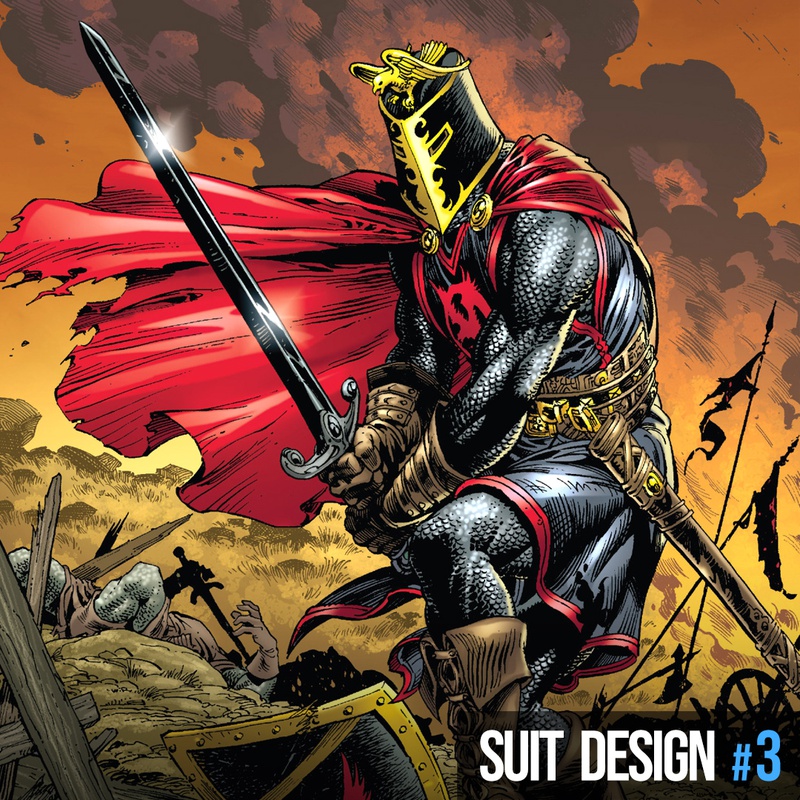 #3: From Mystic Arcana (2007) #2 / With this garb, we see the Black Knight in traditional garments yet again, but the helmet seems to more so draw some inspiration, perhaps, from Thor's Destroyer. 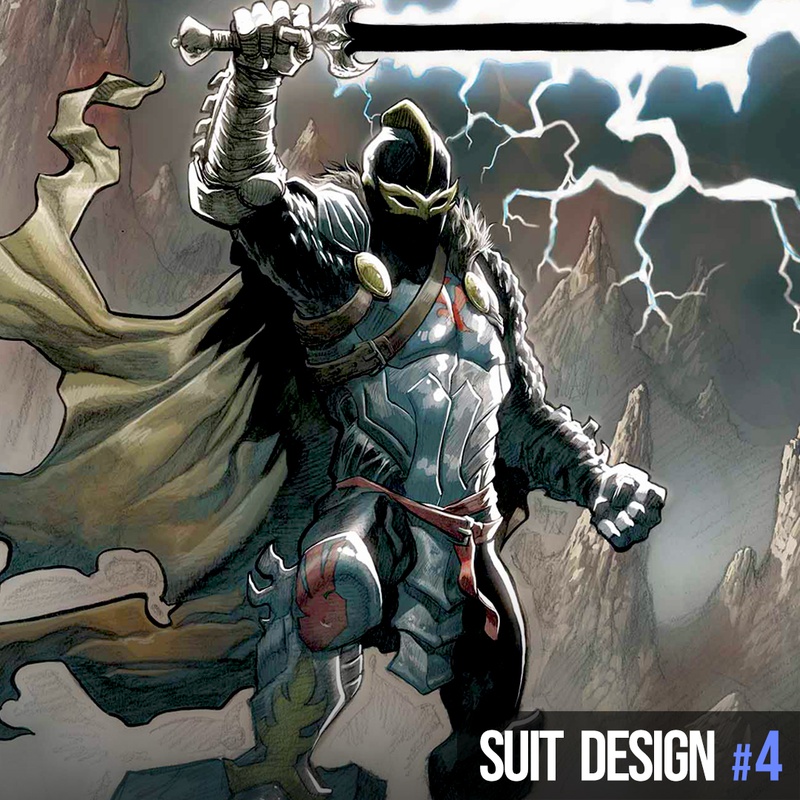 #4: From Black Knight (2015) #1 (Powell Variant) / This suit design arguably deviates the most from the others due to an almost nonexistent red presence (it's there, but hardly noticeable compared to all of the other muted colors). This design also features a masquerade eye mask instead of a full-on helmet. 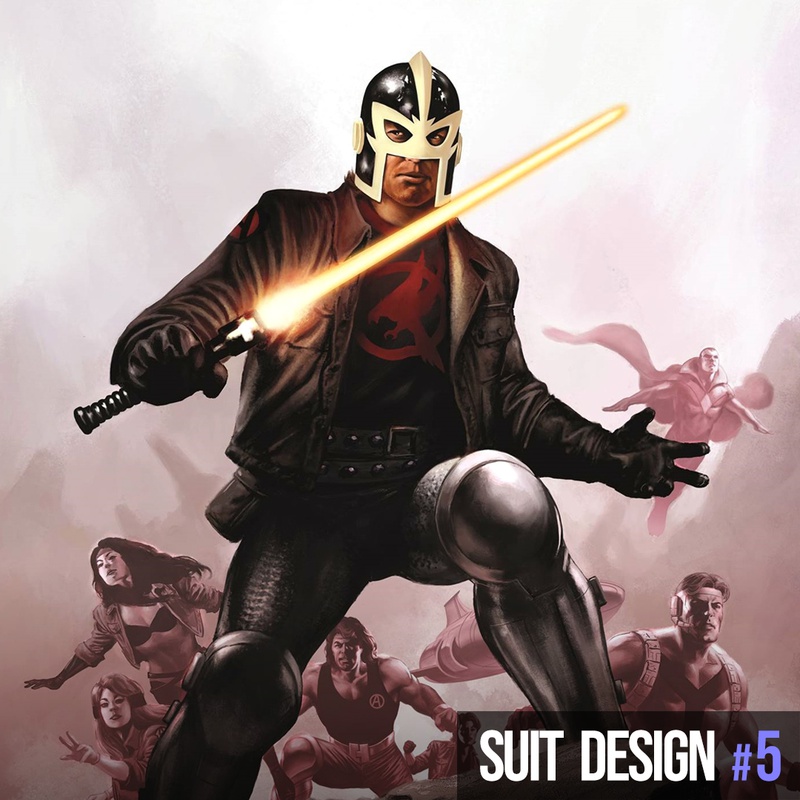 #5: From Black Knight (2015) #2 (Epting Marvel 92 Variant) / Lastly, this look brings back the Nova vibes. What makes this one different from Design #1 though, is the replacement of a traditional sword with a lightsaber-esque blade as well as the leather jacket instead of the medieval armor.

Furthermore, given what we've seen so far of The Eternals costumes, such as Angelina Jolie in a gold celestial suit for her role as Thena and Chan's modern-day wear alongside Harrington, there's no telling during what exact time periods (other than Babylonian times) The Eternals will be taking place. It's safe to assume that the movie will jump around the MCU timeline as Marvel Studios president Kevin Feige said that it is, "an epic that spans 7,000 years of human history, has cosmic connotations, and changes everything we know about the MCU." If part of Harington's Black Knight costume is CGI'ed, then it may be possible that we'll see a couple of different versions of it depending on when exactly we find Whitman within the MCU timeline.

It has been confirmed that VFX artists are working on The Eternals from home in light of the pandemic. Given the cosmic proportions that have been continuously teased for The Eternals and the fact that additional CGI work may be required for its incomplete costumes and sets, it's safe to say there's still a lot of work that needs to be done on a film that had originally been slated to release in only seven months.

In the end, we can only hope to get a glimpse at a completed, or near-completed, Black Knight costume and the film's overall state of production when the first The Eternals trailer drops later this year.

Fans can expect to see this all comes together when The Eternals hits theaters on February 12, 2021. The film was recently pushed back from its November 6, 2020 spot in light of the COVID-19 pandemic.