As Marvel moves further along in the Multiverse Saga, there are dozens of roles that need top-name actors to play them within the Marvel Cinematic Universe. And while a number of up-and-coming stars have thrown their names in to play some of these highly-coveted roles, some of the industry's most iconic actors have also discussed the potential of joining the franchise - including Oscar-winner Tom Hanks.

Almost a year ago, Hanks revealed on actor Will Arnett's podcast that he hadn't gotten a call from Marvel to join the expansive franchise, which has about two dozen live-action entries planned between now and the end of 2025. Considering his status as one of the most famous actors in history, fans were unsure of what to think of this revelation, especially considering how it was unclear if Marvel didn't want him or if he didn't want to join the MCU.

Now, Hanks has revisited the topic in a new interview, clearing the air on where he stands with potentially becoming one of Marvel's new stars. 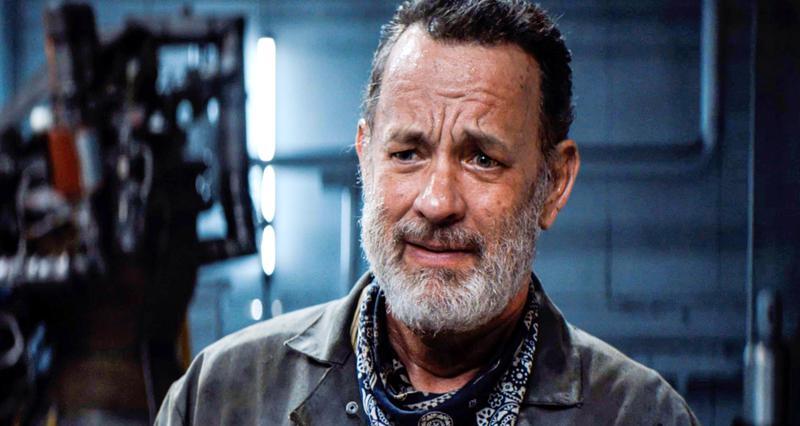 Speaking with MTV's Josh Horowitz, Oscar-winner Tom Hanks addressed the idea of taking a role in the Marvel Cinematic Universe.

When asked if he'd been approached for a role, Hanks admitted that he hadn't gotten any calls "to [his] knowledge" about joining the franchise:

Horowitz: “Ok, Mr. Disney himself, Tom Hanks, why are you not in a Marvel movie? They’ve asked you by now.”

Hanks: “No! Not to my knowledge, have they…I do not know, I do not know. Boy, talk about coin of the realm, you know, it’s like holy cow!”

When Horowitz offered the idea that Hanks doesn't necessarily need the MCU, Hanks offered a comparison to director John Ford's Western movies from the mid-20th century. Hanks pondered about how joining a genre at its peak "could end up" bringing a role in a highly acclaimed movie like 1956's The Searchers:

Hanks: “Ok, alright, let’s unpack this a little bit, Josh, shall we? Let’s unpack this. Is there an era of film in which a very particular type of movie dominated the marketplace [like Marvel is currently dominating]? You could say Westerns in the ‘50s. In order to get into kind of like a universe or something, let’s take John Ford’s Westerns. You can maybe say that the John Ford universe of Westerns is not that different, perhaps, than the Marvel universe of motion pictures. If it’s a bodacious John Ford Western, would you do it? You know? Let me say ‘Oh, let me get this straight, John, Jack (I think he went by Jack), Jack Ford, what, are you gonna take me back and we’re gonna be in Monument Valley and we’re gonna be on a horse and we’re gonna do the things and we’re gonna do that and then the Monument Valley will be there?' You might do that, because you might end up in The Searchers or you could end up in She Wore a Yellow Ribbon, there’s all sorts of things you could end up in.”

Hanks also revealed that he's seen a few of the MCU's movies, even admitting that he's come out of all of them remembering "a couple of great performances" over the years. While he didn't confirm if he would be willing to join the series, he offered that the movies are "all quite good:"

Hanks: “What is it called? Is it officially the Marvel Universe of Motion Pictures?”

Hanks: “Whoa! The MCU, alright. And it’s got Spider-Man and the X-Mans and all the mans and all the women. Look, I haven’t seen them all, I’ll give you that right now. But the ones I’ve seen, I’ve never come away from it without thinking ‘There’s a couple of great performances in there, man, those people really gave their all.’”

Hanks: “I don’t know how they do that, I do not know. And then, after that, it’s like, ‘Did they examine the theme that I wanted to be seen?’ And I can tell you, all of them are quite good, Josh, they’re all quite good.”

Almost no actor in modern history is more accomplished than Tom Hanks, having won back-to-back Best Actor awards at the Oscars and boasting dozens of other nominations and wins. He even holds a special place in the Disney world already thanks to his iconic role as Sheriff Woody in the Toy Story quadrilogy, and his resume is certainly one Marvel would be foolish to ignore.

It's unclear what kind of role he would play in the MCU at this point, particularly with the chance for either a long-term commitment or only something that lasts for a movie or two.

But looking at these quotes, Hanks seems to be open to taking on this new challenge, especially with only a couple of projects on his schedule for the foreseeable future. And while Hanks hasn't received the call for an MCU role yet, the door is certainly open for the two parties to make it a reality.

The MCU will continue with She-Hulk: Attorney at Law, which continues its run on Disney+ with Episode 4 debuting on Thursday, September 8.