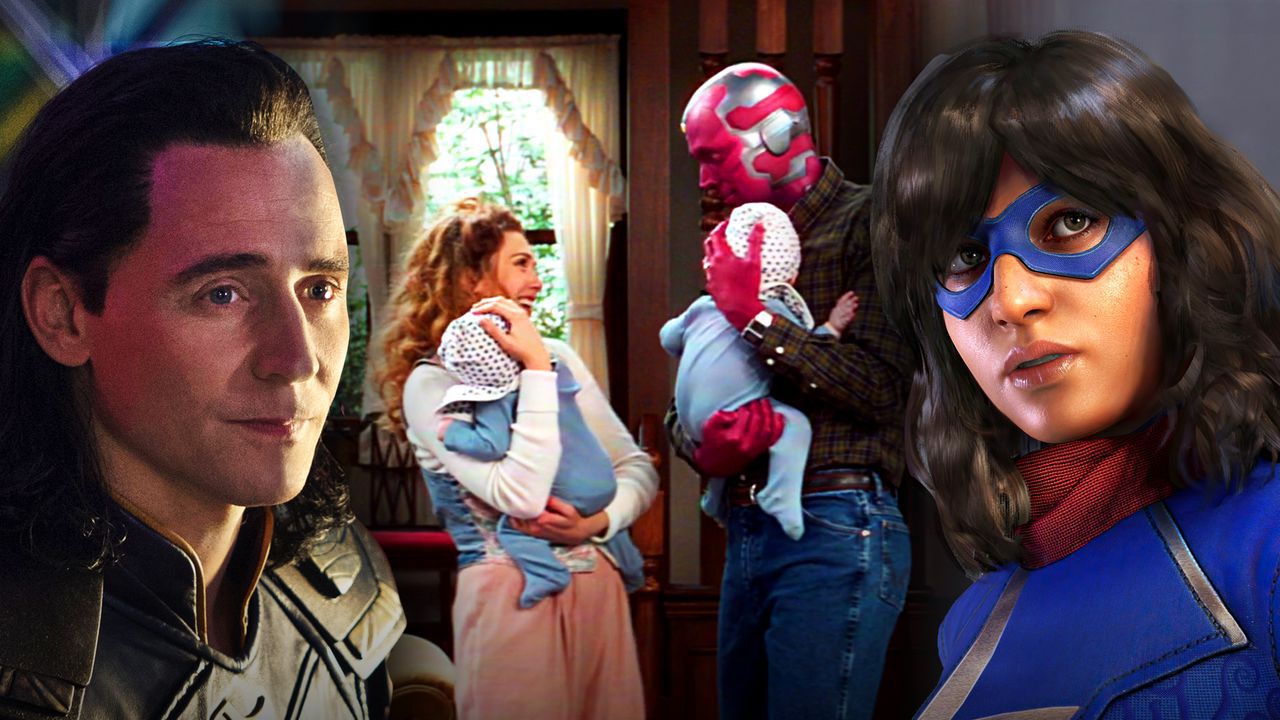 The hype and excitement for the Marvel Cinematic Universe’s new journey on Disney+ has hit its highest peak of the year thanks to the debut trailer for WandaVision breaking the internet after premiering at the Emmys.

The black and white footage laid out for the first new MCU mini-series of Phase 4 has the anticipation for the MCU’s future higher than anybody could have expected. This extends far beyond the show’s fans all over the world too, with some of the MCU’s biggest off-camera personalities sharing their excitement for the new series tonight.

Twitter blew up tonight after the first new trailer for WandaVision debuted during the Emmys, led by three releases from behind-the-scenes workers of the Marvel Cinematic Universe.

A first-hand experience was shared by Loki showrunner Michael Waldron, detailing what he heard of WandaVision from the next room over:

Our writers’ room was next door to the Wandavision room. It was inspiring (and terrifying) cause we knew they were in there doing the coolest shit ever. Can’t wait. https://t.co/gLUxyuAPsF

Everything I sneakily heard about this show in the halls made me go “Oh my god, that’s so cool. Wait, but—?!?!?” It’s going to be incredible; congrats to everyone who has worked tirelessly on this! I’m so hype to see it! https://t.co/AsSrq8T8Jo

Lastly, a burst of pure joy and excitement was shared by longtime MCU concept artist Andy Park, who simply "can’t wait" for the series to finally arrive on Disney+:

OMG! I can’t wait! This is gonna be so good! #WandaVision https://t.co/fOIPsPeyZy

WandaVision has taken the entire Marvel world by storm ever since it was first announced at San Diego Comic-Con 2019, and tonight’s trailer release only made the wait feel that much longer for fans and crew alike. Even considering they are all a part of the MCU family, knowing that two major players from completely separate shows in the MCU have such praise for WandaVision should be a signal of absolutely fantastic things to come upon its debut.

Andy Park has also done plenty of concept art centered around both lead characters throughout the years, and he has always been one of the biggest supporters of the MCU as a whole, even past his work with the franchise. Fans worldwide have celebrated the first new MCU footage in months all night, and the entire fan base is now simply waiting for an official release date to count down to.

WandaVision’s first trailer can be seen here. Filming and production for the series is complete, and the show is set to release on Disney+ in December 2020.