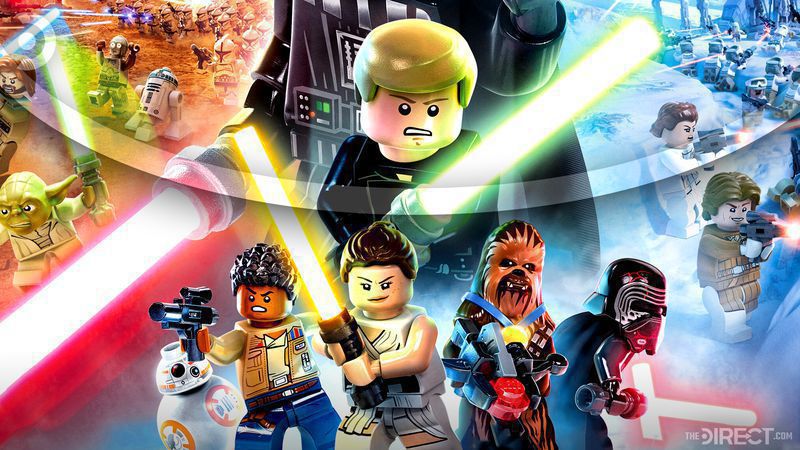 It's impossible to be a fan who grew up in the early 2000's and not have relentlessly played the Lego Star Wars video games. After the culmination of the prequel trilogy, the Lego games were one of the few things young fans had before The Clone Wars debuted. The first Lego Star Wars game dropped in 2005, coinciding with the release of Revenge of the Sith and adapted sequences from the prequel films, with a game for the original trilogy films dropping a year later. A Lego game collecting all six films, the complete saga at the time, came later, followed by Lego Star Wars: The Clone Wars.

The Lego Star Wars video game franchise was thought to be done, until The Force Awakens released and a game was created for the film. Naturally, fans wondered when a game featuring Episodes VIII and IX would drop, and TT Games announced the development of Lego Star Wars: The Skywalker Saga at E3 2019. Details since the announcement have been scarce, but after months of waiting Lego Star Wars finally have a release date for the long-awaited video game...

During the This Week! In Star Wars YouTube show, Lucasfilm announced that Lego Star Wars: The Skywalker Saga will release on October 20, 2020:

This news has been heavily anticipated by Lego Star Wars fans, so it's great to finally have a concrete release date for the game. While it is a bit of a bummer that the game won't be out in time for the summer, it may prove to be a nice distraction if the COVID-19 pandemic is still running rampant in the fall. The key art poster for the game was shared on May the 4th in celebration of Star Wars Day with the only word on a release date being "later in the fall", so having the date confirmed this soon is a surprise, to be sure, but a welcome one.

Developers have teased that the game will have over 500 characters, most of whom will be playable, and countless locations from the saga films to travel and explore. Unlike previous Lego Star Wars games, fans will have the opportunity to start their adventure at any point in the saga, whether that be The Empire Strikes Back, somewhere towards the end like The Last Jedi, or right at the beginning with The Phantom Menace. The game is promised to be big, and long-time fans of the Lego Star Wars franchise will have a blast with it in just five short months!